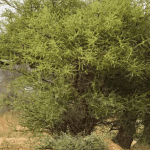 Greetings, wizards, and adventurers; today, we are taking a pretty underused but fun illusion spell in 5e. Silent Image in 5e is one of those actions enormously depending on how creative the user is. A creative adventurer or DM can make Silent Image potent and valuable, while a beginner might struggle to use it more than once.

In this article, you will read everything there is to know about this illusion magic and how to use it best!

Contents hide
What is Silent Image 5e: attributes, description, and pros and cons
Attributes
Spell description
Silent Image advantages and drawbacks
Pros
Cons
Best uses for Silent Image 5e
1. Confuse enemies in Dungeons
2. Distract NPCs with illusions
3. Combine it with a minor illusion
4. Playing pranks
5. Sneak attacks and hiding
6. Mess with your players
Advice and final thoughts
Silent Image FAQ
How large can a Silent Image be in DnD?
What can you make with Silent Image 5e?
How much can you change a Silent Image in DnD 5e?
Related Posts:

What is Silent Image 5e: attributes, description, and pros and cons

When you say the magic words, make some hand gestures, and have the fleece, you can cast Silent Image 5. When the spell is cast, you create the Image of an object, a creature, or some other visible phenomenon. The Image you are creating is no larger than a 15-foot cube.

The Image appears at a spot within the range of 60 feet and lasts for a duration of up to 10 minutes or until the concentration is broken. After that, the Image can only be perceived by sight. You can not smell, hear or touch the illusion.

When you change the location of the illusion, it is possible to make it change how it appears. However, you can only do this in a way that is a natural consequence. So if you move a creature, you can make it appear as if it is walking. However, you can not change a ring into a crown.

When there is physical interaction with the illusion, the creature or the NPC interacting with it will know that it is an illusion. This is because things can pass through it, and you can’t perceive them with any other sense than sight.

A creature that uses its Action to examine the Image can determine that it is an Illusion with a successful Intelligence (Investigation) check against your spell save DC.

If a creature discerns the Illusion for what it is, the creature can see through the illusion with ease.

Needs concentration: the spell ends when your concentration is interrupted. Therefore, concentration spells limit the caster quite a bit. So you will need to consider this drawback when using Silent Image 5e in combat.

Are the walls coming closer!? If you are in a dim-lit dungeon, there is plenty of opportunities to cast Silent Image to mess with enemies (or players). Have them walk against the walls with a dummy hallway, put a weird creature somewhere, and distract them while sneaking up on them or escaping.

Of course, this use is not limited to just the dungeon, but you have many other options depending on the terrain. For example, think about fake pits on a grass field, a tree in the forest, and so on.

Do you want to steal a valuable item, or do you want to cause a commotion in a busy town square? Then, why not use Silent Image! The spell is even stronger when you combine it with something like Feign Death!

You can use many exciting creatures or objects to cause an effective distraction that makes NPCs and creatures lose you out of their sight. You might want to think about a few options before you cast the spell to make sure you find the best possible option for you in that situation.

3. Combine it with a minor illusion

If you enjoy an occasional good prank like Faerie Dragons, you might consider adding Silent Image to your arsenal of spells. You can use the illusion for a ton of funny things. These can be small things like putting a gold coin in the middle of a town square or having giant monsters stand at the door entrance of someone you want to prank.

You can also scam NPCs with it, e.g., pretending their village is under attack and offering to clean up the enemy for a fee.

Sometimes you need to use a sneak attack to win the battle. Having a replica of you standing close to the enemy might give you the opportunity you need to strike a critical hit and kill them more accessible.

Is there nothing to hide under or behind? Then just cast an illusion! Maybe you can hide away from that big lousy enemy just long enough to escape or have him turn his back on you for an excellent opportunity to strike!

6. Mess with your players

If you are a Dungeon Master, playing pranks on your players is a ton of fun. The Silent Image spell is pretty hilarious to use on newbie players. Since it is a level 1 one spell in 5e DnD, you can give monsters like a goblin shaman or quasit access to it.

Make sure you don’t use it in a way that newbie players get paranoid about everything or think illusions are always around the corner. However, things that are too good to be accurate are always fun. For example, an illusion of a treasure chest filled with gems that hide a pressure plate.

Silent Image is a fun illusion that you, as a player or DM, can use quite a lot. You can use the illusion both inside and outside of combat. There are plenty of opportunities to use this little illusion since it is versatile.

If you are not building an illusion wizard but want to have at least one spell that can be used to cast illusions, this might be one of the best – if not the best – options.

As a Dungeon Master, the spell is pretty powerful if you mess with new players or are very creative in setting up illusions. However, make sure you do not mess with your players too much if they are new to the game or they are going to do ability checks for everyone and everything, which slows down the game’s pace a ton.

How large can a Silent Image be in DnD?

What can you make with Silent Image 5e?

You can make whatever you want with the Silent Image, including monsters and objects. However, the size of your creation can not exceed that of a 15 feet cube.

How much can you change a Silent Image in DnD 5e?

When you spend an action, you can slightly alter the Silent Image. That means you can change it to make it appear to be moving or walking, but you can not transform a creature into a completely different animal or an object in something completely different.