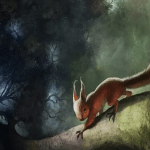 One of the most common types of enemies for Dungeon Masters to use against a party is the Bandit. However, Bandits are not the only type of vagabond that can attempt to attack and kill the party; If they start their Campaign in an urban environment, then the substitute for the Bandit would be the Thug.

Contents hide
What Thugs are: attributes and description
Attributes
Thug 5e description
Advantages and drawbacks
Advantages
Disadvantages
Best uses for Thugs in a Campaign
A small part of a larger group of enemies, such as Bandits.
A starting enemy type for a low-level party to fight near the beginning of a campaign
As a teaching experience for newer players of Dungeons and Dragons
As the primary enemy type encountered during the Campaign
Advice and final thoughts
Thug 5e FAQ
Are there other ways a party could handle a Thug if they feel that fighting them would be too hard?
Why are Thugs a Challenge Rating of only ½ when they have such high HP?
Related Posts:

What Thugs are: attributes and description

Thugs are ruthless enforcers skilled at intimidation and violence. They work for money and have few scruples.

Pack Tactics: The thug has an advantage on an Attack roll against a creature if at least one of the thug’s allies is within 5 ft. of the creature and the ally isn’t Incapacitated.

Due to the ability is known as Pack Tactics, The Thug is more of a capable fighter when 5 feet away from one of their allies. This is because, as part of the Pack Tactics ability, they can gain an advantage on an attack roll against a creature if one of the Thug’s allies is within 5 feet of them and has not to be hindered in some way.

As such, Not only does this encourage the Dungeon Master to throw several enemies or even several Thugs at the party, but it also gives the Thugs themselves a higher chance of hitting a player character during combat.

Thugs have the opportunity to multiattack, which gives them a chance to attack a player character more than once within a single turn that they have.

When paired with Pack Tactics, depending on how the Dungeon Master rules on how their natural capabilities, the Thug can have an advantage on each attack roll made during their multiattack, giving them an even higher chance of hitting their enemies.

Due to the leather armor they wear, along with their smaller health pool, Thugs can pretty much be laughed off by parties that consist of higher-level characters.

However, even when giving them several to deal with, a party in the mid to high-level range can easily dispatch them. That, without wasting that many spell slots or special abilities, they would have gained.

This, of course, could also be seen as an advantage strangely, as they can be used in various ways to combat or accept this weaker stature of challenge against the party as described below.

Best uses for Thugs in a Campaign

A small part of a larger group of enemies, such as Bandits.

Due to their natural ability of Pack Tactics, Thugs can be used in larger groups of enemies, but they do not have to be confined to an urban environment alone.

At the Dungeon Master’s discretion, Thugs can appear with large groups of bandits if they need to add in extra cannon fodder to throw against the party during a battle.

This also means that the Dungeon Master, when making the encounter, adds several of these thugs alongside the bandits without making the combat encounter too difficult to handle.

This is exceptionally true of a party that normally brushes aside any thugs that would be either alone or in a small grouping of themselves due to them being too high of a level to be able to be any real threat.

Since Thugs are so weak in terms of their Health Pools and Armor Class, Thugs are best suited against a starting party raving from levels 1 to 5. This keeps the party aware that they can be attacked and even possibly killed by various enemies around the world the Campaign is set in.

It can set a tone on how things are in their area, depending on where the Dungeon Master decides to have the party placed when they first interact with thugs for the first time.

As a teaching experience for newer players of Dungeons and Dragons

Any campaign could have a player who has never been to any kind of session before, is completely new to the game, and is unable to understand how combat works.

So, to help with that, a Dungeon master could give the party a small group of Thugs to fight, so both the Dungeon Master and the other players can help the new player understand how combat functions in the game.

In addition, multiple enemies or encounters with these thugs can also give the new player more experience in combat. So when the Dungeon Master gives the party more difficult combat encounters, the newbie would have enough of an understanding of what they are capable of in combat and not have any problems with these tougher foes.

As the primary enemy type encountered during the Campaign

Should the Dungeon Master decide, as either part of a Homebrewed Campaign or as a published module that takes place in a mostly urban environment, the Thugs could be the staple enemy to be used throughout the entire span of the Campaign.

Granted, they would eventually get paired with much tougher foes, but they can still be used through all the combat encounters that a Dungeon Master could build for his players to face off against.

When it comes to early combat encounters, A Thug is one of the better, though higher-end ½ CR Creatures that a party can face off against.

Although its HP is higher than other ½ CR creatures, such as Black Bears or standard Orcs, their low Armor Class can give the party an easier chance to hit the Thug and kill them.

A good choice for any Dungeon Master to use as a starting enemy against their players, especially for people who are brand new to the game as a whole and still need/want to learn about the mechanics of combat through fighting these weaker enemies.

Are there other ways a party could handle a Thug if they feel that fighting them would be too hard?

Technically there is, Yes. If the players wish to do so, they could convince the Thugs to leave them alone by paying them off, since they are effectively mercenaries.

If they are more concerned about defending themselves but not killing the Thug, they could fight him until he reaches a low enough point in their HP to make him surrender.

This is all up to the Dungeon Master, so it is best to assume that it is a fight to the death with them. Unless stated or acted upon otherwise by the DM.

Why are Thugs a Challenge Rating of only ½ when they have such high HP?

The main reasoning as to why they are only ½ CR is due to their incredibly low AC. Yes, enemies such as Goblins, Black Bears, or Gnolls do not have as much health as the Thug does. However Thugs have such a low AC that ½ or even ¾ of any attacks against a thug is more than capable of hitting them and dealing damage.