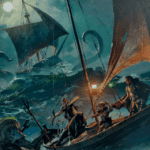 A person with a smuggler background is a person who illegally transported goods past a point where they are not allowed. They did this by hiding them in secret compartments, or just by smuggling them past the border themselves. In DnD smugglers are useful to get around some of the limits of the laws, such as paying taxes or getting forbidden magical items.

Contents hide
Introduction: Why Should You Play a Smuggler?
The Good Life, The Bad Life – What’s Your Call?
Personality and Background – How to Create Your Smuggler
Smuggler background stats and abilities
A smuggler background 5e example story
For DMs: Building Your Smuggling Business Encounter – From Open Sky to Underground Trade
Conclusion: Who You Are and What You Do – the Smuggler Background
Related Posts:

Introduction: Why Should You Play a Smuggler?

Playing a smuggler in 5e DND can be a lot of fun and with the right group of people, it can actually be an enjoyable experience. Smugglers are in the business of getting goods from one place to another for-profit and in most cases, they do this with no holds barred.

The Smuggler background in the game is one with a lot of depth and strategy behind it. They have dilemmas that they must face such as risking their freedom for profit or choosing between helping friends or themselves. Now you might be thinking that this would make them an undesirable character but with such depth, there is also satisfaction when you play them right.

This section will give you some information on why someone should want to play a smuggler after reading their background, what dilemmas they face,

The Good Life, The Bad Life – What’s Your Call?

Some of these dilemmas include the struggle between following the law and survival. We will also learn about what can happen if someone decides to follow through with their plan to smuggle something into or out of their country.

A smuggler’s life is often thought to be an adventurous one with the potential for great riches and success. It is a life of excitement, risk, and danger.

A person who turns away from the smuggler’s life may not enjoy all of the benefits that come with it. A smuggler must always be wary of possible betrayal and loss.

If you would like to know why we should choose one or another choice, read on! 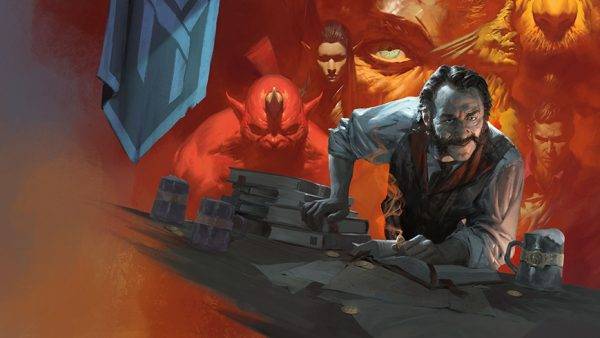 So do you have the stuff?

Personality and Background – How to Create Your Smuggler

With the new Backgrounds chapter in the Player’s Handbook, players are given more options to choose from when they are creating their very own D&D character. Also, instead of creating your character with just one background trait, you can now pick two!

There are two major factors in creating a character: personality and background.

Personality: the way in which a character interacts with the world and other characters. It can be influenced by their life experiences, likes, personality traits, personality disorders, culture, gender, age, and more. Personality can change throughout a person’s life due to different factors.

Background: how your character came to be, This gives a more objective timeline of the things that have happened and the social background of the character.

Lachlan is a son of a smuggler. One day, Lachlan sneaks into his deceased fathers rowing boat and discovers a small, magical ring. The ring has to be worth a ton. He knows it’s a bad idea to keep it, but he puts it in his pocket with the intent to sell it as his little pocket money is running out and he hasn’t eaten a decent meal in weeks.

But the following morning, Lachlan gets arrested for theft and has no choice but to give the ring to the knights that had arrested him. He goes back to living as an orphan with nothing but the clothes on his back.

Wondering how his father got into the possession of a ring like that, he starts to ask around. One of his father’s friends tells the boy that he was a smuggler and asks if Lachlan has any interest in the business.

Remembering the feeling of finding the ring and the glimmer of hope he had to be able to feed himself when he would have been able to sell the ring, he says yes.

However, he – just like his father – was a smuggler who was unsuccessful in his trade and was arrested by knights multiple times. During his long imprisonments, he remembered he reflected on his life and who the buyers of his wears were.

Adventurers. Deciding that if he wanted to make an honest living, He would have to become an adventurer. When he was released, the first thing he did was go to the tavern to see if there were any quests a felon could take.

There you have it, a smuggler background for 5e!

For DMs: Building Your Smuggling Business Encounter – From Open Sky to Underground Trade

If you are a dungeon master, and you want to have a smuggler as an NPC in your campaign, try one that uses boats and rivers. These kinds of encounters are a ton of fun, and you can introduce underwater combat to your players.

So how do you set this up?

It all starts with the vessel. A smuggling vessel can be a boat, a ship or even a luxury vessel. The size of the vessel determines the amount of cargo it can carry and how high up in the chain you can become. The more expensive and luxurious your vessel is, the more people you need to crew it for success.

Generally, a smuggling vessel needs about 4-6 crew members who are skilled in piloting and navigating through the open sky or underground trade routes. The captain is at the helm of these vessels while navigators are on standby to help navigate when necessary.

Navigators help captains navigate their way through difficult waters, acting as a backup to the captain when the ship faces rocky conditions. Navigators also help captains make decisions when they don’t know how to proceed.

So ask yourself the question – is your smuggler character one with a background as a sailor or as a captain? Do they have a crew or not? Are your players going to encounter him or her as an ally, a merchant that wants to sell them something (illegal), or is he a villain they need to dispose of for a quest?

Conclusion: Who You Are and What You Do – the Smuggler Background

This guide is for anyone who wants to play the smuggler background in 5e DnD. This includes an overview of who you are, what you do, and how you do it.

The Smuggler Background is one of the most versatile narratives in Dungeons and Dragons. You can be a captain to crew your own ship, or work as the navigator on someone else’s vessel. You can be an underworld merchant or stick to smuggling contraband alone. The only thing you need is a ship and some wears to get started!

For DMs: your smuggler always has something to do. You can ferry passengers to and from islands, hunt for magical items, escort convoys, raid and defend cargo ships and deal with pirates, the law and other competing smugglers!

Let us know if you have a question about the smuggler background in 5e in the comments! If you like more in-depth guides, check out our article on Fireball!