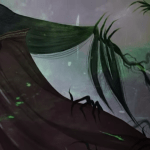 Sometimes a higher Health Pool can get a player through even the hardest-hitting attacks when a party is in more challenging fights. However, there aren’t many things that can increase one’s Health Pool besides leveling up and/or magical items.

That is where the Aid Spell comes in; Helping out the party in a new way that can give the party that little extra edge.

Contents hide
What is Aid 5e: mechanics and requirements
Attributes
Aid spell description
Advantages and drawbacks
Advantages
Cheap physical material allows for multiple spell castings, so long as someone has the spell slot needed to cast it.
Disadvantages
Best uses for Aid 5e
As the spell is written, it can be used during a fight to give a slight buff to the party members.
Aid can also be used before a fight
Aid 5e conclusion and final advice
Aid 5e FAQ
Can a character benefit from multiple castings of the aid spell from the same caster?
What is the best way to use this spell as an Artificer of any Archetype?
Can the caster themselves be one of the targets for the spell’s effect?
Related Posts:

What is Aid 5e: mechanics and requirements

Your spell bolsters your allies with toughness and resolve. Choose up to three Creatures within range. Each target’s hit point maximum and current Hit Points increase by 5 for the Duration.

Upcasting: When you cast this spell using a spell slot of 3rd Level or higher, a target’s Hit Points increase by an additional 5 for each slot level above 2nd.

Having a longer duration on the spell means that the caster can save on spell slots and preserve them for other spells that could be more useful for the situation at hand. This also means they do not have to cast it as often for the members of their party to benefit from the effects of the spell.

Cheap physical material allows for multiple spell castings, so long as someone has the spell slot needed to cast it.

In addition to the previous advantage, the spell having such a cheap and easily findable physical material for casting the spell means that the caster can use the spell most often, so long as they have the required spell slots to be able to cast the spell. They can find more material on a much more everyday level if they run out of it.

Allowing the caster to naturally target multiple friendly creatures at once, including themselves should they choose to do so, gives them the ability to save on their spell slots even more since each casting does not require the selection of singular targets per use of the spell. This also saves on physical materials, as it would cost more to cast each spell per party member rather than targeting multiple groups at a time.

Although upcasting the spell does not increase the number of players that can be selected to gain the buff as it is written, the amount they gain from it does, giving the caster a reasonably good reason as to why they should upcast the spell if they wish to do so.

The range, which can easily be equated to a total amount of movement for the average player, not only allows the caster to remain out of the attacking range of melee-focused enemies.

However, this also gives the caster themselves enough distance to at which point their next turn after casting the Aid Spell during combat. They can focus on further ranged combat spells to attack the enemies from afar.

As the spell is written, it can be used during a fight to give a slight buff to the party members.

In its published form, the spell can be used during a battle to give the targeted party members a buff in the middle of a fight. That way, as they are engaging with an enemy, they can be given a slight bit of extra health to help them just a little bit further.

Aid can also be used before a fight

If the Dungeon Master allows the caster to do so, they can use the spell before a combat encounter that the party knows is coming, such as an enemy invasion or a planned raid on a bandit camp. That way, the caster can ensure they do not have to use an action in the middle of the battle. This action otherwise be used to cast other spells and not leave themselves vulnerable.

As stated above, the Aid Spell could be used either during or before a battle to give the party members a slightly better edge than if they went in with their average HP.

Players whose classes have smaller Health pools, like Wizards or Clerics, could benefit from this spell more as it gives them a little extra to be able to work with and, in turn, not be as weak as they were before the spell was cast.

To benefit party members, definitely upcast it to a higher level of your choice. Still, any player with this spell when they are level 20 should cast it at 8th Level, as it would give an extra 35 HP to both their maximum and current hit points.

Classes like the Barbarian and Fighter could also benefit from this, though more to make them a bit tankier than before.

The Spell itself, at lower level castings such as its base 2nd level or 3rd Level, can be a minor change in their health, but it is better than not casting it at all.

A benefit of casting it before a battle is that since it normally costs an action within a combat encounter, one could cast it on the entire party through multiple actions beforehand, thanks to the 8-hour Duration and the low material cost to cast the spell.

That way, every party member can benefit from the spell without causing the caster to use any of their standard actions in the middle of a combat encounter.

Of course, being able to do this requires clarification between the caster and the Dungeon Master to ensure that this is permitted to be done before actually doing it.

Can a character benefit from multiple castings of the aid spell from the same caster?

Unfortunately, No. Based on page 205 in the Player’s Handbook, The effects of different spells add together, while the durations of those spells overlap. The effects of the same spell being cast multiple times do not combine; Instead, the spell with the most potent effect from the castings, such as a higher bonus to a certain skill, applies while both durations combine into one another. If the two castings have the same potency, then the most recent effect will apply during the durations of both overlaps.

An example of this for Aid would be if two clerics cast the same spell on the same target, but with one upcasting to 4th Level, while the other remained at 2nd Level.
The effects of the 4th level casting would be applied, and the 2nd Level casting spell’s Duration would be combined, making its Duration 16 hours instead of 8.

What is the best way to use this spell as an Artificer of any Archetype?

The best way to use this spell is with the Alchemist Archetype, which can give quite an interesting combination of spells if the DM allows it. Additionally, due to the way the spell functions, it can be viewed by some as a pseudo-cure wounds/mass healing word, which can be combined with the Healing/Mass Healing Word spell to make it even more effective.

The Spell of Mass Healing Word or the standard Healing Word can cover a larger distance and is good for spread-out healing. However, since Aid is at a closer range and can be upcast to the same Level as Mass Healing Word, 5th Level, it can give three select targets an increase of 20 hp, which can be quite nice to have as a recipient.

However, this doesn’t work with anything other classes who can use this spell can do, like a Cleric, since it wouldn’t heal anybody like this; Just increase their hp. The Alchemical Savant also can’t utilize this casting method for the same reason as the Cleric.

Can the caster themselves be one of the targets for the spell’s effect?

Yes, they can. Since the description of the spell states that the number of creatures it can target is up to three, the Caster themselves would count in that. If they did not, the description would state that it affects 3 other creatures.