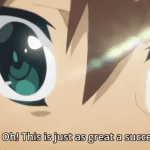 In all of my DnD 5e campaigns that I have DM’d, I have probably seen Incite Greed cast 2, at most, three times. So I can’t blame my players for not knowing or using this spell correctly. Also, it is a pretty new one that has only been out since Acquisitions Incorporated (2019). It doesn’t help that the effect seems bland, too, if I am being fully honest. Bland means it doesn’t deal direct combat damage.

Though, I think Incite Greed 5e has a lot more depth than you might think at first glance. That is why I have decided to write a comprehensive guide on the spell that will help you use this spell, no matter if you are going to participate in the game as a character or as a Dungeon Master.

If you are a D&D 5e Player who wants to use obscure spells and loves doing completely unexpected things, this article will help you out!

Contents hide
What is Incite Greed?
Classes that can use incite Greed.
Casting time and range of incite greed
Components needed
Duration
What happens when you cast incite Greed
Getting the most out of it: 3 uses
1. Distract undead hordes
2. Boost your area of attack spells
3. Roleplaying – Distraction, crowd-drawing, and so on!
Where can I get the gems required for Incite Greed?
Frequently asked questions about Incite Greed 5e
Is the Incite Greed spell good in DnD 5e?
Can a Cleric use Incite Greed?
What spell or attack makes all of your enemies focus on you?
Related Posts:

What is Incite Greed?

With a new expansion of our favorite roleplaying game comes dozens of new spells. Unfortunately, nothing represents what Acquisitions Inc is about, like inciting Greed. But, as you might have guessed from the name, it is a charm. Here is everything you need to know about this enchantment before your next game:

Incite Greed is a 3rd-level enchantment. This means you will need a level 3 slot open to be able to use this spell. Of course, you can put the enchantment in a higher spell slot. The enchantment school is one of the most potent schools of magic for wizards and sorcerers alike. It has the power to stop masses of monsters in their track and turn them into docile, sweet friends, well, at least for a while.

Classes that can use incite Greed.

It only takes one action turn to cast the Incite Greed enchantment. That action economy is pretty standard. The spell will start to work right away, just like a regular attack. However, the range of the spell is not as far as I would like. It only has a range of 30 feet. This is not a lot, so any enemy with a ranged attack or flying will probably be safe from your spell.

Dungeon Masters, when you are thinking about challenging encounters, make sure you have multiple attacking styles, and a long-range option to combat players using this spell. You don’t want to have all of your attackers charmed when they get too close when they try to fight with melee. For campaigns that have progressed a bit, skeleton archers commanded by helmed horrors are a good idea.

There are three different components needed to cast the spell. A verbal component, a somatic component, and a material component. Here is a brief explanation about the incite Greed 5e components for beginners:

Verbal means that you need to be able to speak and make audible noises. Think like casting magic in Harry Potter; you need to hear your voice when casting this enchantment.

The material I love when spells need material. As the Dungeon Master, this allows me to give quests to acquire these or send some monsters on their way that drop them. To use Incite Greed, you will need to have a gem worth at least 50 gold pieces. Don’t know how to get these? Read the FAQ at the bottom!

Concentration means that when you use another action, for example, cast Wall of Water to defend yourself, the spell will automatically dissolve. You can use this enchantment for up to one minute. So make sure you have a plan when it wears off, and all of those enemies are surrounding your party.

What happens when you cast incite Greed

So you have a couple of creatures you want to charm in a 30 feet range. If you present them the gem (material component) and you say the words and do the magical movements, the spell starts to work. You can choose any number of targets.

Each target needs to do a wisdom saving throw. If it fails the throw, it will be charmed for the duration of the spell or until it takes damage or harm from something you or your allies do to it. The targets of the spell will be utterly fixated on the gem you present to them. The creatures will hold a distance of 5 feet and will safely approach you. Once it gets into that 5 feet range, it can no longer move for the duration of the spell, and it only has eyes for your gem.

Every time it is your turn, the targets of this enchantment make a new wisdom-saving throw. If they succeed, the spell ends. So make sure you don’t attract too many targets within 5 feet of you!

Main takeaway: Incite Greed does not have a limit concerning the number of targets you can cast it on in 5e DnD. In theory, you can pick an infinite of creatures and charm all of them. Extra note, the movements are in a safe manner, so you can’t throw them off a cliff.

Getting the most out of it: 3 uses

If your Dungeon Master is a fan of lich magic casters and evil necromancer with Animate Dead 5e amongst their attacks, Incite Greed might come in very handy! Animate dead can create up to 15 followers for the caster. The two types of undead that are created are zombies and skeletons, which are both creatures that use melee. Since their wisdom is not very high, they will have lots of trouble doing a successful saving throw against the spell. This can temporarily distract the defenses of the undead overlord, making him very vulnerable.

2. Boost your area of attack spells

If you like a little self-sacrifice, have a cleric with a strong burst healing spell like life transference, or you have hit points to spare, consider making yourself bait. Since all the creatures under the effect of your spell are going to be within 5 feet of you, you will be able to hit them all with a spell that has a large area of effect.

I would recommend you to pick a spell that has massive damage from the get-go, like a fireball. The charm is going to wear off the moment they get hit. That means that if you, for example, cast Cloudkill, you will hit them, but they will be able to escape your attack. There won’t be a lot of stackable damage if you use it in an open space.

3. Roleplaying – Distraction, crowd-drawing, and so on!

Incite Greed, like most enchantments, are great for players and dungeon masters who enjoy adding more roleplaying to their D&D campaigns. There are tons of opportunities to use this spell. Do you want a noble to look bad? Do you want to have someone completely distracted and draw a crowd towards you?

Drawing a Crowd: The player will be able to draw attention from mobs, making them follow him or her instead of attacking other players. It can be used to achieve this by using it on a crowd of people or on one person, which will then cause them to look away from their current task.

Distracting: The player is able to distract mobs by throwing items at them or performing certain actions. However, Incite Greed makes it easier for other players to escape from the mob’s attention and attack it while they are distracted.

Incite Greed 5e is going to be of great use to achieve this. Do not underestimate charms and their potency just because they do not do any direct damage!

Where can I get the gems required for Incite Greed?

Having a steady supply of gems and ways to get them will depend on your Dungeon Master. Most of the time, you can just buy the gems you need for this spell in a shop from an NPC. They aren’t too expensive either. Buying them will set you back at most 50 gold pieces at the most. However, just being able to put some money on the counter – or steal them from the shopkeeper – is a bit boring, isn’t it?

A more original and unorthodox way to get the gems you need is by killing Fire snakes. These monsters live in fire pits or massive fires and have one particularly strange feat; They love collecting gems. The good thing about these monsters is that they aren’t too hard to beat. In my opinion, they are a fantastic alternative for hordes of goblins and Kobolts if you are running a campaign with some side quests.

Finally, ask your dungeon master if he has any side quests for you which might bring in relevant rewards such as gems or jewelry. Tip for the DMs: Do not overload your players with tonnes of treasure. Making them too rich can have the adverse effect of casting multiple true resurrections after having been hit by the Disintegrate spell and ruining the fear of losing a beloved Player Character.

Is the Incite Greed spell good in DnD 5e?

If you are a creative player or dungeon master, Incite Greed is an amazing spell that is quite strong. However, it is not an attack. It is more like a type of supporting magic. You will need to have a party that knows what they are doing when you lure all the enemies your way. So don’t go LEROY JENKINS into a fight, but plan and think about optimizing the strategies and attacks you have.

Can a Cleric use Incite Greed?

Yes, it is on the Cleric spell list. There are a couple of other classes that can use the spell in 5e. You have access to this spell if you are a wizard, a sorcerer, and a warlock. Don’t forget; you need to have a level 3 spell slot open to using it. You can not just use it from the beginning of your campaign like a Cantrip. You will also have to make choices since you can not use all the level three magical enchantments just because you have an open slot!

What spell or attack makes all of your enemies focus on you?

There are a couple of ways to achieve this effect. One of the things I think is the most fun is just roleplaying. Dungeons and Dragons do not have the taunt ability like all-time classic Swords and Sandals. However, you can still be a cocky brat while roleplaying. A good DM will play along as so far the background and temperament of the monster allow it.

If you want to use spells to make your enemies focus on you, incite Greed is a good option. You won’t get attacked, but the enemies and targets are just going to be standing around looking at you. There are also some weapons and magical attacks that draw enemies towards you. For example, there is an Eldritch Incantation like that but also the Thorn Whip.