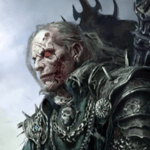 Wilderness encounters are a true call of adventure for many explorers. Whether the party is trying to uncover a lost treasure or is embarking on a long journey to serve their kingdom, the wilderness serves as a vast environment for the Dungeon Master to explore different things.

Furthermore, given the wilderness’ lush landscape and diverse wildlife, many creatures can be implemented to give your campaign more richness.

Contents hide
General Information on the Wilderness in DnD
Wilderness Encounter Creatures 5e
1. Dinosaurs
2. Awakened Tree
3. Dryad
Wilderness Encounter Locations
A Hidden Tribe
A Forest Maze
Best Wilderness Encounters
1. Prime Instincts
2. The Huntsmen.
3. Off the Beaten Track
4. Into the Unknown
5. The Land of Outlaws
6. The Beholder of Knowlege
7. How’s the Weather Up There?
8. The Accursed Ring
9. The Enchanted Meadow
10. You and Me Against the World
Advice and final thoughts
Related Posts:

General Information on the Wilderness in DnD

In the world of Dungeons and Dragons, wilderness encounters are encounters that take place in natural outdoor environments, such as forests, mountains, and fields. These encounters can be with various creatures, from wild animals to hostile humanoids, and present challenges and opportunities for the player characters.

At the same time, the party travels, using them as the setting for quests or challenges, or making them a key part of the campaign’s story. No matter how you use them, wilderness encounters can add a sense of danger and adventure to your game.

Whether you take the party back to prehistoric times or have them stumble upon a lost world where dinosaurs still thrive, dinosaurs bring great variety to your world. So take the opportunity to explore the multitude of dinosaurs, from the Tyrannosaurus Rex to the Pterodactyl.

May it be an angry nature spirit or a mischievous sorcerer who has awakened the tree, Awakened Trees make for a tough match against your party. An Awakened Tree comes to life through an awakened spell or anything similar. This plant creature can be an interesting encounter for situations wherein your party may have attempted to use the spell that has gone wrong or have trees watching the party along their adventure.

Natives to the Feywild and the Material Plane, Dryads are considered forest protectors.

For centuries, the tribe has thrived away from the outside world. Due to their years of isolation, the tribe has preserved rich culture and tradition unique from the rest of the world. But with that, they also hide as they are suspicious of outsiders.

Many explorers tried to communicate with the tribe but failed. The party may have a chance to reach out to them for their appreciation or even exploitation.

A maze that has been grown by a powerful mage to ward off trespassers. The maze has been created by strategically growing greenery in the forest to form a live maze. The players must navigate through the maze with caution, or they may trigger any hidden traps or even disturb the residences of the maze.

As a Dungeon Master, you may leave an assortment of traps, puzzles, and creatures to challenge the players as they try to reach the very end.

The land has been struck with a mysterious disease that has poisoned many plants that have left the population of many plant-eating species to dwindle. Because of this, it has led predators of the wilderness to go mad with hunger, and so it seems that the party makes for a good next meal. But, the party must first solve the mystery behind the disease or go against whatever predator comes their way. A good and fun monster are the Giant Scorpions!

3. Off the Beaten Track

The party has been tracked by a group of cannibals and must make their escape. Unfortunately, the party is lost at a crossroads where they must decide which path to take. One path is peaceful and serene but may not shake off the cannibals. In contrast, the other path is dangerous but will lose the cannibals. The party must choose between the two roads or face the group of cannibals.

Upon finding shelter in a cave during a stormy night, the party finds clues to the location of a powerful artifact hidden inside the cave system. After further investigation, it seems that there are treasure hunters who, too, are looking for the same thing. It is up to the party if they choose to uncover what mysteries lie deep within the cave.

5. The Land of Outlaws

A band of outlaws is using the wilderness as a hideout. They are known as notorious thieves stealing from different places across the land. They have been strategically migrating from place to place around the wilderness to escape from authorities. Depending on the situation and how the party may handle it, the band of outlaws may attack the party or try to recruit them.

6. The Beholder of Knowlege

A lone hermit with valuable knowledge or skills that the party seeks. As the party tries to contact the hermit, they appear reluctant to communicate. The is wary of outsiders and may need to be approached carefully. However, if the party proves their worth by sharing their love for knowledge, the hermit might be willing to speak.

7. How’s the Weather Up There?

As the seasons pass for the party, strange and unnatural weather has been occurring in the wilderness. From a never-ending thunderstorm to an unnaturally warm area in the middle of winter, the party soon finds the root of the problem. A great mage has been enslaving elementals to take control of the weather.

A magical ring has been hidden away in the wilderness because of its dangerous powers. Whoever possesses the ring is cursed with great powers, which comes to the price of madness. The ring has been drawing the attention of dangerous creatures attracted to its magical essence. The party must dispose of the ring or keep it at their own cost.

While exploring the wilderness, the party stumbles upon an enchanted meadow. Many plants and animals native to the area have been imbued with magical properties and may be either helpful or dangerous to those who enter. Therefore, the party must be careful who what they may interact.

10. You and Me Against the World

The players are stranded in the harsh wilderness, with limited resources and dangerous predators. They must use their survival skills and ingenuity to find shelter, hunt for food, and stay alive. However, a group of goblins lurks deep within the forest, interested in stealing the remains of the party’s supplies.

Creating wilderness encounters can be very flexible and easy for a Dungeon Master. However, it can lead to a repeat of ideas that players may notice from other media, given how common of an environment it is.

As a Dungeon Master, when working with wilderness encounters, as much as it is useful to draw inspiration from other ideas, you must add your flair to it so that these used ideas may be unique to your campaign. Feel free to use the variety of creatures, situations, and ideas the wilderness offers. Bring the call of adventure to your party members through the wilderness.

Make sure to also check our article on arctic Encounters 5e!