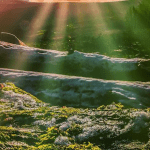 Not many players and Dungeon masters consider taking Tidal Wave as one of their attacks in 5e DnD. As veteran players and experienced DMs love using this conjuration, I am unsure why.

Let’s take a closer look at Tidal Wave 5e and discuss how you can use it to buff your character and defeat your subsequent encounter.

Contents hide
What is Tidal Wave 5e and how does it work
Attributes
Spell description
Benefits and disadvantages of Tidal Wave
Creative and best uses for Tidal Wave 5e
1. Supporting a fighter
2. Saving buildings and stuff
3. Combine with difficult terrain
4. Yeet Fire Elementals
Advice and final thoughts
Tidal Wave FAQ
Is Tidal Wave an excellent spell to use?
Can you upcast Tidal Wave 5e?
Can you hit flying monsters in 5e with Tidal wave?
Related Posts:

What is Tidal Wave 5e and how does it work

When you cast a tidal wave in 5e, you conjure a massive wave of water that crashes down to an area you pick within range.

This area has a maximum dimension of 30 feet long, 10 feet wide, and 10 feet high. Therefore, all creatures within that area need to do a DEX saving throw.

Tidal Wave also extinguishes all the unprotected flames in the area and within 30 feet of that area. However, this is not the case for spells like Create Bonfire and other flames that you can use when underwater casting.

Benefits and disadvantages of Tidal Wave

AOE Damage: An AOE spell always comes in handy. If you are fighting in a narrow space, you can easily hit everything your Dungeon Master has thrown at you. Tidal Wave is also fantastic for fighting mobs of weaker enemies like zombies.

Knocking Prone: Attacks that knock prone are significant if you have fighters in your party and want to take more of a supportive role.

Extinguishing fire: Tidal Wave is a great way to mass extinguish fires. As you can read in the description, everything within the area and 30 feet are extinguished.

Needs many components: You need one of every component, including a material one (drop of water).

Dex saving throw: I don’t like attacks with a Dex throw. Tonnes of stronger monsters have a very high DEX stat, so often they will be able to make a successful save and won’t be prone.

Hitting allies: you can not pick and choose your targets; you will hit everything in the Area of Effect. So think and look before you cast tidal Wave in an area full of NPCs, party members, and enemies.

This conjuration spell is similar to its stronger brother, Destructive Wave 5e. However, it has some slight drawbacks that weaken it considerably. Nevertheless, it is amazing for a level 3 spell that can knock prone and damage quite a bit.

Do you have a fighter in your party with a vicious melee attack or that can dish out some severe damage with multiple attacks per turn? Then, knocking a strong enemy prone with Tidal Wave might be just the thing that is needed in this fight to take the win.

Do not underestimate the massive fire surface area you can extinguish with this spell. If you look at the average height of a building in the middle ages, they seldom are over 10 feet high. This means you can quickly crash a Tidel Wave into one and easily extinguish a fire raging inside.

Suppose you combine difficult terrain (e.g., your druid using Guardian of Nature to go into giant tree form) with the possibility of knocking a creature prone. In that case, the potential damage you can deal with a creature that fails both saves is enormous. If you have a fighter that can attack multiple turns and can also attack with a weapon buffed with Holy Weapon, you can completely demolish massively powerful monsters.

A powerful water-based spell is excellent for finishing fire monsters without too much effort. For example, tidal Wave 5e can wash away a whole nest of Fire Snakes almost effortlessly. Fire is one the most prevalent elements in DnD, so it comes into use quite a lot.

Tidal Wave is an excellent choice if you want an interesting AOE attack to add to your Wizard’s arsenal. While not as powerful as Fireball, it is not weak in any definition. Additionally, there are many other very exciting applications as a support spell because you can knock monsters prone and extinguish fire over a large surface area.

You might not want to pick this spell if you are considering building an optimal DPS character that blazes through every fight, but it is a ton of fun to use in a fight as long as you don’t hit your minion’s allies.

Is Tidal Wave an excellent spell to use?

Yes, Tidal Wave is a fantastic damage AOE spell to use. Not just for damage but for knocking prone a horde of enemies or extinguishing a lot of fire in a single turn.

Can you upcast Tidal Wave 5e?

Unfortunately, it is impossible to upcast Tidal Wave to do more damage in a single hit. The spell is excellent in the level 3 spell slot but is not end-game material.

Can you hit flying monsters in 5e with Tidal wave?

Yes, you can hit flying monsters since the high of the Wave is 10 feet high. However, this will be pretty rare as not many flying monsters are dumb enough to fly so low except when they are attacking.