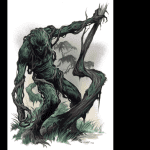 Are you feeling a little defeated? Does your party need some extra vitality? Beacon of Hope in 5e DnD might be just what your party and allies need to turn around a losing battle. This abjuration spell is an excellent pick for players role-playing as a Cleric and for Dungeon Masters who want to buff a party of villains.

This guide will tell you all you need to know about using Beacon of Hope 5e to its full potential.

What is Beacon of Hope 5e?

When a cleric casts Beacon of hope, he bestows hope and vitality on several creatures within range. For up to one minute or until the caster breaks his concentration, the targets have:

1. Be able to take more risks

Thanks to the effect, you get an advantage on death-saving throws when you are a target of Beacon of Hope. So if you are fighting a significant boss and you want to take some crazy risks but aren’t yet ready to say goodbye to your chapter, this spell is fantastic to save your skin.

Dungeon Masters, too can have quite a bit of fun with this. Players can’t celebrate their victory until the fight is over and done if your villain has an advantage on his death-saving throws.

2. Using it as a landmark

Players and Dungeon Master can use the Beacon of hope as a landmark in your world. In addition, you can use it to indicate a specific spot if you do not have another way to signal players or NPCs. For example, you could have the Beacon of Hope pop up in a boss area as something that would help the party if they made the right choices during the campaign.

3. Get the most out of healing spells and items

Many healing spells and items don’t have a set amount of hitpoints they will heal. Much of it is left to the chance of you rolling the dice. Beacon of Hope is mighty when you have a life cleric. If there is another player with healing items or magic like Cure Wounds, you can significantly increase the Hitpoint restoration of your party.

Note that Beacon of hope affects all types of healing. That means that a fighter with second wind gets more hitpoints, the Ranger with Healing Spirit will get much more utility from it, and you will save a ton of money on (more extraordinary) healing potions if they have maximum effectiveness.

4. Get more out of cannon fodder

The death-saving throws, the maximum amount of hitpoints healed, and the fact you have a WIS saving throw advantage are excellent for your party and cannon fodder too. Imagine those Skeletons from Animate dead or the zombies born from Finger of Death just keep making their death-saving throws.

Because weak monsters have fewer hitpoints and AC, they have to make death saves more often. You have a higher chance of actually getting utility from the Beacon of Hope. Of course, you can also get the most out of more vital allies like those you get from Planar Ally.

Is Beacon of hope worth it?

Depending on what kind of build you are going for with your Cleric and if other players have a healing spell that you can buff, Beacon of Hope is a great spell to have in your arsenal. It is strong supporting magic that might get you out of a pinch a lot of times.

What is an excellent underrated spell for a Life Cleric?

If you have a Life Cleric and want to pick an underestimated spell to buff up your character, Beacon of Hope in 5e DnD is a great option. The effects are decent and strong enough to be a true asset to your party.

What level is Beacon of hope 5e?

Beacon of Hope is a level 3 Abjuration spell.

There are a massive amount of actions that require a WIS saving throw. If your barbarian or fighter needs to make a throw like this, every advantage can help your party. While on a regular cleric, Beacon of Hope might not be the very best spell you can choose for your third spell slot, it does synergize very nicely if your party has another healer or you have a ton of methods to restore your hitpoints

If you like to play risky or have a ton of minions, the Beacon of hope might be just what you need to survive the boss his strongest attacks and live to tell the tale or fight another day.