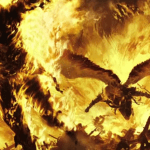 Of course, the best way to make a Tank is through Race Traits, Class Deviations, and other Feats that can assist. This List will take the best combinations and form the best Tank Builds players can create.

To ensure this List is adequately detailed, this List will not be solid combinations but rather the best options for a Tank Build. This is because the sole purpose of a Tank Build is to be as challenging as possible, and it has many pieces that each aid in that goal.

Probably one of the strangest options on this List, you can technically build a Tank out of Multiclassing between Wizard and Artificer. By starting with an Artificer, you can gain a Medium Armor Proficiency right off the bat, but then taking the Armorer Subclass also grants Heavy Armor. Artificer would effectively become your primary source of HP and AC build-up, as this whole process of making this combination work is rather meticulous and time-consuming to get it right.

However, once you do get it to the right area, your Wizard Spell could assist in dealing most of the damage if you’re looking to control the field of battle from range. Your character would eventually become a living Artillery Cannon with the AC to back it up.

Surprisingly, many options are available to the Cleric Class in terms of assisting with making a Tank Build. Spells like Shield of Faith are more than capable of helping with building up the AC of the Cleric, even for a limited amount of time.

Of course, the Class doesn’t get any proficiency in heavy armor on its own, but taking different Domains such as the Forge Domain, Life Domain, or Nature Domain does grant this proficiency, making it possible to build one AC even more. The Forge Domain could easily be chosen as the best option for Tank Building.

One of the Domain’s abilities allows its user to improve their armor at their first level for a certain amount of time, only to go even further with permanent improvements as their levels increase.

In a similar mindset to the Cleric, the Druid does have a few options for becoming a Tank, though the one that is the most obvious does take a bit of time to get to, depending on how big of a tank a player wants to be.

However, all it takes is a single action to do during any combat encounter; Use Wild Shape and choose a beast with the most HP available. This way of doing it allows the Player to make the build to form their Druid however they want, though they’ll have to wait until they get to the higher levels before being able to take the more giant HP creatures.

Either way, doing it like this helps in a pinch for any build, though players who wish to focus this mindset on Tanking can do so just as quickly as those who choose not to.

The Goliath is not a primary race available for players to choose from when creating their characters, but it can be a good choice for a player to choose with the Tank Build in mind. In addition, the Goliath has a Racial Trait that grants them a slight damage reduction known as “Stone’s Endurance,” allowing the Player to use a Reaction to be able to roll a d12+their con modifier to reduce that amount of damage.

Couple that with the slight addition to their Constitution Modifier, and they can be a good option for a Player Race if the Dungeon Master allows the Player to choose this Race.

To make a Paladin Tank is a bit harder than if someone was making a Barbarian or Fighter Tank, as they do not have the class features that can boost their AC like Rage can do. So, through various steps of preparations, a Paladin can have their AC skyrocket to a massive 27 AC through various equipment, feat, and spell choices, making them a highly defensive opponent to go up against.

Pairing that with the capability of casting spells and multiclassing into Sorcerer to increase the spell capabilities even more, you can become both the Tank and a decent Healer once the Sorcerer Class reaches a high enough level. Just be mindful that a Dungeon Master will tend to focus the enemy’s attention toward a player’s allies as opposed to the Player themselves if their build is as big as this can be.

The Half-Orc is technically one of the three best Races that can be chosen for a Tank Build in any part of a campaign, with the other two being the Variant Human and the Hill Dwarf, which we will talk about later. Through the Reckless Endurance Racial Feature, they can take one last extra hit before being able to go down.

Not only that, but as part of their Ability Score Modifiers, they gain an extra point into their Constitution, allowing for a higher health pool if the increase and point system used during Character Creation changes the Con Ability score enough to increase the modifier.

The Hill Dwarf is the last of the three main Races that can be picked when creating a Tank build for one’s character. Not only does the Hill Dwarf grant the Player using that Race two additional points into their Constitution Ability Score, but also an extra single point into health with every level they gain.

This makes the Hill Dwarf a much more appealing option for Tank Builds in the later game, as opposed to the Half-Orc, which tends to be more useful in the Early Game than the Late Game, simply due to the benefits the two different races provide.

The Loxodon, similar to the Goliath, is a secondary player race that should be double-checked with a Dungeon Master before properly selecting it as the Race for one’s Player. However, choosing Tank Build as a primary goal is a viable option. The additional points into Constitution and the Unarmored Defense variant they gain with their Natural Armor can give any Loxodon a high AC and Health Pool to become a Tank.

Pairing these options with a Class to boost it further, such as the Paladin or Barbarian (which will be discussed later in the List), can make for a wall of gray muscle that never forgets.

This is a race of player characters that can be used for various Tank Builds, depending on which Class the Player wishes to play as, along with whether the Dungeon Master even allows the Player to use the Variant Human in the first place. If they do, the Player can select a feat right off the bat upon making their character, rather than waiting until their 4th Class Level to be able to do so.

Many different feats can help make a PC into a Tank. From Health feats like Tough, Feats that build up once Opportunity attacks into much stronger variants such as with the Sentinel Feat, or even take the Martial Adept if the Player wants to do something unique with their build.

The Warforged is one of, if not the best, Race that a player can select to make a Tank for many reasons behind it to prove its usefulness. To start, they gain additional points into their Constitution Modifier, along with a single extra point to an Ability Score of their choice, possibly allowing them to put three points into Con instead of two, and in turn, giving them even more health than before.

Then, the Warforged is Immune to being Poisoned and is Resistant to Poison Damage, making enemies that rely on elemental damage, such as assassins or a Black Dragonborn, less of a threat.

Finally, their AC can be boosted by donning armor upon themselves, giving them an extra point to their AC past what it would have been without donning the armor. Therefore, it is highly recommended that if someone wants to make a Tank Build, this Race is the way to go, so long as the Player’s Dungeon Master allows them to use it.

Whenever someone thinks of a Tank Build, the Barbarian is usually the first Class that comes to people’s mind for a very good set of reasons.

With Unarmored Defense to boost their AC, Rage to decrease incoming damage of either Slashing, Bludgeoning, or Piercing types, and Class Features like Danger Sense and Relentless Raging help the Barbarian keep themselves in the fight for longer than without them.

All this, along with the right choice of a Player Race, can make the Barbarian a true force of nature to handle as a Tank Build.

Overall, a player can build a Tank from the various selections of Classes, Backgrounds, Races, and Features. It is entirely up to them (with Dungeon Master permission needed in some options, of course). These various options provide the players of Dungeons and Dragons to create such a build in their unique way, even if it is something that has never been done before.

So, in conclusion, build your Tank however you want, but take the options laid out in this List into consideration the next time you or a fellow player wants to make themselves the Tank of the party.