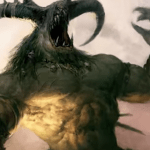 I don’t know why, but many pathfinder players never make a monk. That is unfortunate because this class is a lot of fun to play with. However, if you do want to make a strong build in the (near) future, knowing which feats are the best for a monk in Pathfinder is essential. Monks can be strong, but building them can be quite a gamble as they are somewhat fragile when done wrong.

To rank these feats, we have used the following criteria:

Improved Trip (and Greater Trip) in Pathfinder are fantastic feats if you are a Monk. I have put them first on the list for best feats for a Monk in Pathfinder, as I enjoy having these two. You might think this is more of a top 3 or a top 5 feat, which is fine. However, I am sure that if you pick Improved Trip and Greater Trip, you won’t regret it.

Improved Trip gives you a +4 bonus to attacks against your target. That bonus is just massive. Since Monks are as good as always fighting and not buffing, this makes the feat extremely useful in just about any fight.

Greater Trip is also a good feat if you have an Improved Trip. You get the extra effect that you get attacks of opportunity. Not just for you, but allies adjacent to you also get free attacks. Greater Trip is fantastic for Monks fighting on the frontlines as a secondary damage dealer and having other allies close to them while in combat.

Tip: check out best style feats in Pathfinder to for more inspiration!

Another incredible feat for Monks in Pathfinder is the Combat Style Master. Combat style Master allows you to fight in an offensive style during your turn and then instantly change to a defensive style when your attack is over.

This is a fantastic feat when you are using multiple combat styles on your monk. Switching your style is free, while it usually would cost you a swift action. To have access to Combat Style Master, you need to have improved unarmed strike, multiple style feats, a base attack bonus of +6, or a level 5 monk.

Dimensional Dervish is another potent feat that you can use on your monk in many combat situations. You do need to have other feats for this to work. The prerequisites are the abundant step class, Dimensional Agility, and you have the Dimensional assault feat. Next to that, you need a +6 base attack bonus.

Dimensional Dervish allows you to activate abundant steps as a swift action. You can then teleport a distance of up to two times your speed. You can divide this teleport into segments and use them before your first attack, during each attack, and after your last attack.

Improved Grapple is a feat that is strong on any monk but simply amazing if you are a monk that relies on grappling a lot. To be able to pick this feat, you need to have a DEX of 13 and an improved unarmed strike.

The improved Grapple allows you to not provoke an attack of opportunity when you grapple. Next, you also get a +2 bonus on any check you need to make to grapple a foe and a +2 bonus on combat maneuver defense when an opponent tries to grapple you.

Another remarkable feat for a monk that is specializing in a particular niche of attacking is Weapon Focus. To pick this feat, you need to have proficiency with the Weapon you select and a base attack bonus of +1. You can also choose unarmed strike or Grapple as your Weapon! So you can add this to your grappling monk for some extra efficiency when doing a grapple.

When you pick weapon focus, you benefit from getting a +1 bonus on all attack rolls you make using the selected Weapon. This effect is small, but due to the fact you can use it all the time in as good as any combat situation, it becomes one of the best feats for a monk in Pathfinder.

A feat you see appearing on a list like this quite often is Dodge. We have included this feat in several ranking lists, including best feats for wizards. We also love this feat on a monk character.

To use Dodge, you need to have a DEX of 13. When you pick this feat on your monk, you benefit from a +1 bonus on your AC. When you lose DEX due to a condition, you will also lose the benefit of this feat.

Dodge is a fantastic feat that is useful on as good as any build. Unfortunately, monks are known to be fragile and unable to tank hits all too well. Adding some extra dodge bonus to your AC is a great way to ensure you survive a fight.

Combat Reflexes is another excellent way to improve the amount of damage you do per roll. You can make a few extra attacks of opportunity that is equal to your Dex bonus. In addition, your opportunity attacks can also be made while flatfooted.

The combat reflexes feat is excellent for monks that want to get in the thick of battle and deal a good amount of damage every round. While it is not the best feat to have as a Monk in Pathfinder, it works surprisingly well with the correct builds.

Hammer the gap is a fantastic feat for a ton of melee warriors. It also works well on a Monk if you have a somewhat optimized build. To be able to use Hammer The Gap, you need a Base attack bonus of +6.

Having Hammer the Gap as your feat will allow you to take a full-attack action and make each consecutive hit against the same opponent to deal bonus damage. This bonus damage is the same as the number of previous successive hits you have made during this turn.

Hammer the gap is not the best feat out there, but if you want to add a good amount of extra damage and hammer away on a particular opponent, it is fantastic. If you score a crit, then the damage is further multiplied.

Jawbreaker is a fun feat on an unarmed monk, both from a damage perspective and from a roleplaying one. You do need quite a few prerequisites to start breaking jaws and scattering teeth: your monk will need to have

When you make a successful attempt against an opponent with your stunning fist, and that opponent is grappled, stunned, or helpless, you can cripple the opponent’s mouth. You will deal unarmed strike damage and 1d4 points of bleed damage. For the duration of the bleed damage, the opponent cannot use its mouth to attack or speak clearly enough for spells with verbal components.

As you can surely see, this feat is impressive if your DM enjoys sending magic casters to fight your party. Just one good Jawbreaker can not only deal a ton of bleed damage but also render the vast majority of their potent spells unusable.

Step Up is last on our list of the best feats for a monk in Pathfinder. However, that does not mean that the feat Step up is terrible for monks. It still makes it on the ranking, so choosing it won’t disappoint.

To use Step Up, you must have a Base Attack bonus of +1. The Step Up feat will allow your monk to make a 5-foot step as an immediate action whenever a foe adjacent to you attempts to take a 5-foot step away from you.

The feat has the drawback that you can not take a 5-foot step during your net turn and lose 5 feet of total movement for your next turn.

Step Up is great for fights where you are winning, and you want to drive home that victory. Likewise, it is also a fantastic feat for monks in pathfinders who try to close the gap soon and keep it closed.

If you are new to Pathfinder and you want to make a strong monk, try to find feats that work with your playing style and are effective for your build. You do not need to pick the strongest accomplishments all the time. However, it is more important to have a funnier build than the strongest build that is boring.

If you read this best monk feats for pathfinder list, you will surely see that a couple of feats are always useful while others are more suited for niche builds. Make sure you know what your plan is with your new character when you are choosing things like feats and skills.