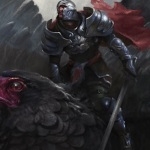 Some people hate roleplaying as a bard, while others just can’t get enough of it. While the class is a bit wacky at times, we can all agree on one thing. Picking the best bard feats in Pathfinder isn’t easy, and there is a lot that can go wrong if you pick deficient or suboptimal feats for your bard character.

We have ranked the best feats you can pick for a bard in Pathfinder. We have used the following criteria to rank them:

As you know, the choices and scenarios you come across during a game of Pathfinder are as good as infinite. So what is the best feat for a bard in scenario A might be worthless in scenarios B, C, and D. So, without further yammering, here is the ranking!

Best feats for a Bard in Pathfinder

It is always hard to pick the best feat for a class, and the bard is no different. Therefore, we have picked Discordant Voice as the top feat on a bard character. However, we can see some players strongly argue for the Lingering Performance feat. So, take it with a small grain of salt.

Discordant Voice is a bardic performance class feature. When you use Bardic Performance to create a spell life or supernatural effect, your allies within a range of 30 feet deal an extra 1d6 damage. This damage is sonic damage, and the attack needs to be successful to deal with this damage.

If that is not convincing enough, Discordant Voice also stacks with other energy damage weapons deals. You can also add extra damage to projectile weapons as long as they hit targets not further than 30 feet away.

Discordant Voice is one of my favorite buff spells in Pathfinder. The feat can be used in as good as any combat situation and is thus extremely handy for just about any Bard. However, you can make the same argument for Lingering Performance.

It goes without saying that the following feats are quite a step down from the last two. However, there are a few interesting (non-conventional) picks as the best feat for a bard in Pathfinder. One of these is Dodge.

You can pick this feat if you have at least a DEX of 13. You get a +1 Dodge bonus to your AC when you pick it. If you have a condition that makes you lose the DEX bonus, the benefit from this feat also goes away. Dodge is a fantastic feat for Bards who are often near combat or don’t have the AC and bulk to survive hits.

This feat is also remarkable for a Pathfinder wizard and many other classes. Finally, improved Initiative is a combat feat that gives you faster reflexes. When you pick this one, you get a substantial +4 Bonus on initiative checks.

Improved Initiative is one of these buffs for your character that you will get a ton of use out of during your campaigns.

Reading tip: check this guide if you are wondering what the best feats for a cleric in Pathfinder.

Spellsong is an excellent feat on a Bard in Pathfinder, but you need a couple of prerequisites to get it. You need 13 CHA, be able to cast level 1 spells, and have Bardic performance class ability.

Spellsong is a bit more complex of a feat to get. However, it is a top 5 feat for bards in Pathfinder and deserves to be on this list.

If you have the Bardic Performance Class feature, you can pick this feat and use your Bardic performance ability a lot more. You can do 6 extra rounds every day. Moreover, the effects of your additional performances stack.

This is a pretty strong feat for a bard that relies on Bardic performances to buff allies and debuff enemies. I am sure many people will argue that it should be higher on the list. However, extra Performance is a bit too niche, in my opinion, to make it a top 5 pick for a Bard in Pathfinder.

Flagbearer is an excellent combat feat for Bards who focus on boosting the party and making them stronger during a fight. When you hold a flag, you can give your party members that are within 30 feet and see the flag a +1 morale bonus on attack rolls, weapon damage rolls, and saving throws against charm and fear effects. You need to hold an actual flag which costs about 10 GP and weighs 3 pounds.

This is a good feat for Bards in Pathfinder, but it definitely lacks the general utility our top 5 have. So you should only pick Flagbearer when you are strongly focussed on buffing your allies.

Arcane Strike is a pretty decent feat for a bard to have that is often underrated. Arcane Strike gives you the ability to cast arcane spells. In addition, you can use a swift action to imbue your weapons with a bit of your power.

Weapons you have imbued will get a +1 bonus to damage and are treated as magic concerning the calculation of damage reduction. So while Arcane strike is not the best Feat for a Bard in Pathfinder, some builds can do wacky and strong things with it.

Make sure you also check our guide on best style features in pathfinder if you want to make a seriously wacky bard!

The best Bard feats in Pathfinder are clearly Lingering Performance and Dissonant Voice. These two will always be extremely useful and potent picks for any Bard. Which of the two is best depends on your preferences and what you want to achieve as a bard.

The other feats you can choose from as a Bard in Pathfinder mostly depend on the build you are going for. However, picking any of the top 4 will be a solid choice and help you throughout your journey. Make sure you also check out our guide on best feats for a monk if you have enjoyed this ranking!