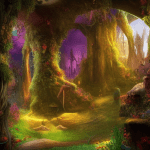 Building a character in Pathfinder can be a complex and daunting task. Some builds and classes need the exact right picks to be effective, risk being easily killed by trivial enemies, or are underwhelming in combat. Choosing the best style feats in Pathfinder for classes like the monk will most definitely aid you in getting the most out of your character.

We used the following criteria to determine the best style feats in Pathfinder:

What are the style feats in Pathfinder?

Style feats are feats that are mainly used by the monk class to improve their damage output in combat. Many of these unarmed feats can be used by any class in Pathfinder. However, to be able to use a style feat in Pathfinder, you need to meet the prerequisites. Since a couple of these require a certain monk level or the Unarmed attack feat, they can not be learned by a regular build.

Here you will find those feats we think are powerful, fun to use, and generally are one of the most excellent picks you can make – and seldom a bad one. Keep in mind that Pathfinder is a game that offers a massive array of choices. So what is best in situation A might be pretty bad in situation B.

The almost undisputed best Style Feat in Pathfinder is Dragon Style. The dragon style feat is fantastic to increase the damage per round your monk can deal. In addition, dragon style gives you the ability to deal two-handed damage as a monk.

You need to have 15 STR, Improved Unarmed Strike, and Acrobatics 3 ranks to use this style feat. However, these prerequisites are well worth it. When you use Dragon Style, you have a +2 bonus on saving throws against Sleep, paralysis, and stunning effects. Even more interesting, you can add 1 – ½ times your STR bonus to your damage roll for your first unarmed strike on a given round.

That last line is where the true power of Dragon style can be found and why it is the best Style feat in Pathfinder to pick, in our opinion.

As a monk – or another melee class – pummeling your enemies to the afterlife is always a nice thought. If you want to use this Style, you need to have 1. Improved unarmed strike, 2. A base attack bonus of +6, 3. Brawlers flurry class feature or Flurry of Blows class feature.

Pummeling Style is an excellent attack booster. The benefit you get from Pummeling Style is that whenever you use a full-attack action or flurry of blows to make multiple attacks, you get to apply total damage from all hits before applying damage reduction.

Unfortunately, you can not use anything other than unarmed strikes to boost your damage per round. However, this feat is remarkable for a monk who focuses on doing a ton of attacks during his/her turns and wants to focus on one opponent.

Panther style allows you to strike back at an enemy that attacks you while moving. To use Panther Style, you must have a Wisdom of 13, Combat Reflexes, and Improved Unarmed strike.

When you use the Panther Style, whenever an opponent uses an attack of opportunity, you can use a swift action to make an unarmed strike attack against that opponent. This is an excellent style feat in Pathfinder if you are getting hit by many attacks of opportunity in battle due to you lingering on the frontlines too much.

Reading tip: you might also enjoy knowing what the best wizards spells in pathfinder are!

One fun boxer style feats Pathfinder has to offer is the Jabbing Style. This style feat allows you to hit your opponent with additional damage when you hit him or her multiple times over different rounds.

The fun thing about Jabbing Style is how often you can apply that bonus when fighting. 1d6 of extra damage tends to add up when combined with your regular damage.

Outslug style is potent if you know how to use this style feat optimally in combat. To be able to use the Outslug Style, you need to have the following prerequisites: 1. Int 13, 2. Weapon focus with the chosen weapon, 3. Combat Expertise or brawler’s cunning class feature.

Those pretty harsh requirements are why Outslug style is only at number 5 on our ranking for best style feats in Pathfinder. However, the benefits of this Style Feat in Pathfinder 2.0 are pretty decent to make up for it. First, pick a weapon that is part of the close fighter weapon group. Then, when you use the Style and take a 5-foot step, you gain a +1 Dodge bonus to your AC and a +1 bonus weapon damage rolls with your chosen weapon.

If you can time your attacks well and are fighting with an armed class – not necessarily a monk – this style feat is pretty strong and offers both defensive and attacking options.

Reading tip: check our list of best oracle spells in pathfinder if you are having second thoughts about making a melee build!

The prerequisites of the Bullet Charge Style are 13 STR, Improved Overrun, Power Attack, and Heavy Armor. Some of these are pretty hard to get or justify to have on a monk. However, this Style’s benefits are a ton of fun and pretty obvious.

When you use the style feat, you get a +4 bonus feat on combat maneuver checks to overrun an opponent. When you wear armor and have the armor training class, you get an additional +3 bonus for medium armor and a +2 on light armor.

Ascetic Style is another style feat you don’t see too often. That is quite a shame as it is extreme on a monk that uses weapons. Ascetic Style allows you to use weapons masterfully as a monk and helps make your build weapon monk builds pretty potent in just about any combat scenario.

The prerequisites to use the Ascetic tyle feat are that you have weapon focus with a chosen melee weapon, Base attack bonus 1, OR Monk level 1. So these are not too steep to get for an admirable feat like this.

When you have this feat, you can pick one weapon from the monk fighter weapon group, and while you use this weapon, you can apply the effects of the feat that have Improved unarmed strike as a requirement. In addition to that, you also get effects that augment unarmed strikes.

While pretty complex – and a bit immersion-breaking – this style feat is pretty strong and a must-have for a monk that can use weapons!

Finishing off our list of best style feats in Pathfinder is Kitsune Style. Kitsune Style is a pretty underrated combat style. The prerequisite(s) are pretty okay and easy to get. You need to have INT 13, combat Expertise, and improved Dirty trick to be able to use the Style.

When you use the Kitsune Style Feat, you can attempt to perform a dirty trick instead of an attack at the end of a charge. This Style is pretty decent and should not be underestimated if you know when and how to use it. But, at the same time, it is not the most potent style feat in Pathfinder.

If you are looking for a clear-cut answer to the question ‘what is the best style feat in Pathfinder,’ then we have to conclude that it is most likely the Dragon Style Feat. It hits hard, is useful, and fits into almost every build.

Remember that having fun is the most crucial aspect of roleplaying and that feat A might not work for a specific build even if it is higher on this list than Feat B. Did we forget a remarkable feat that should be on this list? Please let us know, and we will include it if it fits our criteria! Till then, enjoy your Pathfinder adventures, lads!

Interesting guides for you: