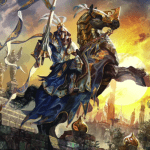 Are you starting a new magic-based character or just daydreaming about adventure? Then you might ask yourself what the best oracle spells in Pathfinder are. We have delved deep into our notes and memories and did the math to find out precisely!

We have ranked the best Oracle spells in Pathfinder on the following criteria:

So, with these five criteria in mind, let’s start putting together the thesis of our research!

The top 8 oracle spells in Pathfinder

We have gone through the class list, and we think we have found the one that you can call the best oracle spell in Pathfinder.

Divine Favor is a level one spell from the school of Evocation Magic. So you have access to it right away and can use it as soon as you make your character. What makes this spell the best is that it scales almost perfectly with your level, you can use it in many situations, and it is – generally speaking – great.

Divine Favor gives you a +1 luck bonus on attack and weapon damage rolls for every three caster levels you have. While this sounds a bit underwhelming, veterans will know just how powerful that can be if you read the other spells on this list. This +1 bonus keeps increasing with your caster levels, so it is helpful from level 1 to the final stages of your adventure.

Let’s discuss number two on our list of the best oracle spells in Pathfinder. This abjuration magic is another level 1 spell that does no damage but buffs you. However, this one can be used on other creatures.

Communal Protection from Evil has a touch range and a duration of 1 minute per level (D). As you might suspect, the spell wards the target from attacks by evil creatures, mental control, and summoned creatures.

The creature gets a barrier which has the following three effects against evil creatures and effects:

Depending on the campaign and what kind of creatures your Dungeon Master is throwing at you, Communal Protection from Evil can be an extremely potent spell that completely changes the tide of battle. You can use this abjuration from level one, so you get plenty of use.

Tip: Check out the best buff spells in Pathfinder if you want to built the ultimate support character!

Here is another excellent oracle spell that is definitely amongst the best. Murderous command is an enchantment that can be used at level 1 and only requires a verbal component. The range of Murderous Command is 25 feet and 5 feet / two levels. You target one living creature for a round.

When you use murderous commands on a target creature, they get the urge to attack and kill the nearest ally. So naturally, this target will try to do this to the best of its ability and attack it on the next turn with a melee or natural weapon.

If you have played Pathfinder before, you know just how important the action economy is during a fight. For example, murderous command is probably the best oracle spell if you want to completely throw a wrench in the plans of your DM and keep his creatures busy.

We had quite a hard time placing this one and are confident that Prayer is one of the best oracle spells in Pathfinder for many reasons. First, this level 3 enchantment is powerful and can be used in many situations. Here is why we love Prayer in Pathfinder.

Prayer has a range of a 40 feet radius burst centered around the caster. All allies and foes are affected by the spell. You give all your allies a +1 luck bonus on attack and weapon damage rolls, saves, and skill checks. Your enemies, on the other hand, get a -1 luck bonus on those rolls. There is no saving throw for Prayer.

This enchantment can shake up the battle quickly and shift the tide immediately. The range is amazing, and there is no saving roll makes this a very reliable spell for Oracles.

Our only gripe with Prayer is that it is a level 3 spell, so it takes a bit of time till you have access to it.

The burst of Radiance is an extraordinary evocation spell that can deal a good amount of damage from a long range and causes annoying effects for your enemies to deal with. You can use this spell starting at level 2. The range of this spell is 400 feet plus 40 feet per level. The area of effect is a 10 feet radius burst.

When you shoot the area with a brilliant flash of shimmering light, the creatures in the area are blinded for 1d4 rounds and are dazzled for 1d4 rounds if they manage to make a successful reflex save. Evil creatures take 1d4 points of damage per caster level, no matter if they make the saving throw.

This combined makes for a powerful spell that can give you an edge before your enemy reaches your frontlines. As an Oracle, this spell is a great way to support the party while dealing your fair share of damage.

Time for a level 4 spell that we consider a must-have as it is one of the best spells for an oracle character. Restoration in Pathfinder has a casting time of three rounds and has a range of touch.

When you cast Restoration and touch your target, the spell dispels temporary negative levels or a single permanent negative level. The spell also cures all temporary ability damage and will restore all points from an ability score drained permanently. Next, Restoration also eliminates fatigue and exhaustion the target might be suffering from.

Note: we advise you to pick both Restoration and Lesser Restoration as they are top-tier spells for oracles and give you many options.

If you are unlucky with your rolls or want to make sure a crucial attack lands on the target, this is a top-tier oracle spell. Borrow Fortune has the beneficial effect of being able to reroll the die before you cast the spell and roll the D20.

You can then choose the best result of the rolls for that spell. However, there is a significant downside to Borrow Fortune. You will have to roll two dice for the next two rounds and pick the least favorable result. So you will have to choose the time when you use Borrow Fortune strategically to get the most out of it and not get burned.

Note: Just because you picked Lesser Restoration does not mean you shouldn’t consider Restoration and vice versa. Both are must-haves on a good Oracle in Pathfinder if you are playing challenging campaigns.

Another strong level 1 spell that makes its way among the best oracle spells in Pathfinder is Barbed Chain. The range for the spell is 25 feet + 5 feet per level, which deals damage and has a valuable effect.

When you summon the Barbed chains, you can have them make a melee attack that deals 1d6 or have your targets trip. The spell is useful to mess with the enemy and distract them while your allies attack them. You do have to come close pretty close when using this conjuration.

It is hard to pick the best oracle spells in Pathfinder amongst all those good choices. Keep in mind that the best spells are those that are right for the moment. You might have a situation where your Dungeon Master gives you a challenge where none of these spells will do any good.

However, using this list of top oracle spells will get you quite a long way in your pathfinder campaign, as you can use them in many situations and have a ton of use.

Final Tip: make sure you read our best magic feats for Pathfinder if you want to learn more about the game and make stronger characters!