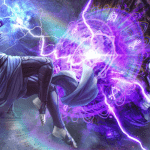 As you know, there are a ton of Pathfinder spells to choose from if you want to buff your party or yourself. This article will rank these and determine the best buff spells in Pathfinder based on a few criteria.

To determine these, we will use a few criteria to ensure we don’t skip one and pick the ones you can use most of the time. So here are what we are looking at to rank the best buffs spells in Pathfinder.

Tip: check out our list of best metamagic feats in Pathfinder too.

Haste is probably the best buff spell in Pathfinder. Not because it has a crazy game-breaking substantial effect or makes your party invincible, but because you can almost get a ton of use of it, and it scales brilliantly.

You can buff one creature per level as long as they are no further than 30 feet apart for the duration of 1 round per level.

Creatures that are transmuted by hast can move and act more quickly. In addition, they can make an extra attack with a natural or manufactured weapon when making a full attack action.

The creature targeted by Haste also gets a +1 bonus on attack rolls and a +1 dodge bonus to AC and reflex saves. In addition, all modes of movement (!) also increase by 30 feet to twice their regular speed.

In our opinion, Haste has it all and is a must-pick for a buff on almost every pathfinder character with a support role and access to it. In addition, summoners and Mediums get access to it as early as level 2, so these classes should pick it.

On to our number two list of best buff spells in Pathfinder. Here we find Bull’s Strength. All classes using this magical buff can use it starting at level two, which means you can use it early in the campaign.

You need to touch the creature, and the Duration is one minute. After that, your subject becomes stronger and gets a +4 enhancement bonus to Strength. As a result, this creature has a more potent melee attack, melee damage, and other STR rolls.

Bards can pick Heroism at level 2 and other classes at 3. So if you are a Bard, you need to select this buff spell as it is one of the best you can have early on.

The spell’s range is touch, so you must go up and close to your frontline if you buff them during a battle. The Duration of Heroism is excellent; it is 10 minutes per level.

Heroism will imbue the targeted creature (singular) with more bravery and morale in battle. This creature will get a +2 morale bonus on all his attack rolls, skill checks, and saves. That means you can get a lot of use out of the spell early on, which is almost always worthwhile. At higher levels, there also is Greater Heroism which is even stronger.

On to number four on our list of best buff spells in Pathfinder: Shield Other. This buff spell is not picked very often from what I have seen at my table, which always makes me wonder if I am out of touch or if the kids are wrong.

The classes with access to Shield Other can use it starting at level two. So you can get this buff early and get a ton of use out of it. The range of Shield Other is 25 feet + 5 feet every two levels.

You can only target one creature. The Duration of Shield Other is 1 hour per level (D). When cast, the target wards the subjects and creates a magical connection.

The subject gains a +1 deflection bonus to his AC and a +1 resistance bonus on saves. Moreover, most importantly, the target only takes half damage from all wounds and attacks that deal hitpoint damage.

This magic is a great buff spell when your frontline fighters are taking tons of damage and need some help surviving the early stages of your pathfinder campaign.

Enlarge Person is another great buff spell in Pathfinder that you can use starting at level 1. This buff is the one that has the lowest level requirement, so if you are reading this list before starting a new campaign, you know which one to pick right away.

Enlarge Person has a close range of 25 feet plus 5 feet every two levels. Therefore, you can target one humanoid creature, and the Duration of this buffing spell is 1 minute per level (D).

When you cast Enlarge Person on a humanoid, the spell can cause instant growth, double his height, and multiply the weight by 8. This increase in size changes it to the next larger size. The target will get +2 to STR and a -2 size penalty in DEX. There also is a -1 penalty on the attack rolls and AC.

I just love this buff spell. It has a low-level requirement and a clear pro and con side. If you are a veteran Pathfinder Player, you will know exactly which situations you should use it in and when not.

Let’s continue to number 6 and explain why according to us, Mage Armor is one of the best buff spells in Pathfinder. Mage Armor is another fantastic level one buff you can use on a creature or yourself.

If you have ever played as a sorcerer or wizard, you might have noticed that coming close to where melee combat is happening can be pretty costly. If you want to make your low AC characters more survivable, Mage Armor is a fantastic choice you can use from level 1 onwards.

The range of Magic Armor is Touch, and the duration is 1 hour per level (D). When you cast this buff spell, an invisible force field provides +4 armor to AC. There is no armor check penalty, Arcane Spell Failure chance, or movement speed reduction. Mage Armor is a great no-nonsense, straightforward buff spell in Pathfinder.

Heroic Invocation is our 7th spell on our best buff spells in the Pathfinder list. While it didn’t take the top spot, there is much to say about Heroic Invocations and why it deserves a high spot amongst all the buffs.

First, one of the things I like the most about this one is that you can target multiple creatures. However, they must be within 30 feet of each other to work. The duration is 10 minutes.

When you cast the Heroic Invocation on a target, you bestow heroic powers on that creature. These powers give them a +4 morale bonus on attack and damage rolls. On top of that, they also gain 2d8+4 hit points for the spell’s duration. Creatures also become immune to fear and all charm effects.

The downside, however, is that the subjects become fatigued after the Duration of Heroic Invocation has passed.

There are a ton of options that you have a supporting character or someone who just wants to buff his stats. So we have spent a few hours researching and questioning what the best buff spells in Pathfinder are.

These seven have come out on top. These might not be the most powerful buffs, but those you can use early on have little to no downsides and help you and your party in almost every situation imaginable.

We hope you enjoyed this write-up and have gotten the information you need to support your party of adventurers in their next big battle.