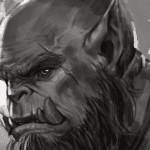 Hello adventurers, as we all know, Pathfinder is quite a complex RPG where you have many choices for your character. One of these choices is what the best metamagic feat in Pathfinder is, and why is that so?

That is precisely what the Pathfinder experts of Creature College will discuss in this article. We will determine the Best MetaMagic Feat by looking at the following factors:

Let’s dive into it, fellow adventurers, and learn more about how to make the most out of your Pathfinder characters!

The 8 Best Metamagic Feats in Pathfinder

After much consideration, research, and diving into our playing memories, we are crowning the Reach Spell as the best metamagic feat in Pathfinder. The reach spell is an excellent pick if you want to increase the range of solid spells that have a short range.

An excellent example would be Shocking Grasp, which deals a good amount of damage (10d6) without giving your target a saving throw but forces your wizard to go pretty close to the frontlines.

If you pick the reach spell as your MetaMagic Feat in Pathfinder, you can stay far away from close combat and keep your wizard save while dealing significant damage from the sidelines.

Many spells force you to be close to the target, and a ton of them even cause you to be in touch range. These are not just limited to damaging spells, but there are also many healing and buffing spells in Pathfinder that require you to touch the target.

An intensified spell can increase the max damage dice by up to 5. You do need to have the caster levels to surpass this maximum to use the feat. Only the damage of the spell is affected. Not the amount it heals, the duration, or any other factor.

Finishing off our top three of the most useful MetaMagic Feats is the Extend Spell. Finally, the extent spell is beneficial if you have a character focused on buffing your party members.

When using this metamagic feat, your spell will last twice as long. However, there are a couple of exceptions. First, you will not increase the duration of concentration, and it does not affect an instant or permanent spell.

A few good uses for the extended spell in Pathfinder are the spells Fly or Water Walk. That way, you can do these activities twice as long, get a lot more done, or don’t have to feel pressured for time. If you are in combat, a great option is Mage Armor.

The quicken spell is one of the best MetaMagic Feats for higher levels. However, the fact that the Quicken Spell has the +4 spell level requirement is pretty steep and the reason why it is not in the top three of this list.

Getting a second spell to cast in turn is extremely powerful. Good options for this MetaMagic are those that do not allow for saving throws or that buff you or party members. My personal favorites are Ill Omen and Mirror image. These all help you get the most out of turn and set you up for success the following turn.

With the Empower spell, we are finishing off the top five of our best Metamagic Feats in Pathfinder write-up. This is great for those who want to increase certain spells’ damage (or healing).

All numeric effects that are variable of a spell you have empowered are increased by half. This increase includes the bonuses to the dice rolls. However, this Metamagic Feat does not affect the saving throws and spells with a set amount of damage.

My favorite buff to empower is False Life. This increases the amount significantly and can restore most, if not all, your Hit Points in a single turn. But, of course, there are many other options, and it mainly depends on the situation you are in.

If your attempt to cast a spell on a target fails, then you can – for 1 spell level – use the Bouncing Spell to have a retry. I am not a big fan of this MetaMagic Feat, but it is terrible if you want to ensure your attacks and buffs land. That is why I choose to place this at number 6 for the best metamagic feats in Pathfinder.

There are a couple of perfect picks to get the most out of this MetaMagic. These are the top five spells I would use this in Pathfinder:

Of course, do not take this list as the bible. You still have to consider your situation and what things your Dungeon Master might be overlooking.

An Elemental Spell is an excellent option as your MetaMagic feat if you enjoy shooting massive blasts at your creatures. Because a ton of animals have resistances against the elemental damage, being able to change the energy type is a fantastic option to keep your spells robust and skirt around the resistances of the monsters you are fighting.

You can choose one energy type:

You can also split the spell’s normal damage and have half of it do the damage from the energy type you pick. This metamagic feat is a decent option for wizards who rely a lot on their elemental spells, but if you don’t, I would strongly recommend looking at other options.

The toppling spell, while last on this list of best metamagic feats in Pathfinder, is by no means a bad pick. However, you do need to have a build that is based around force spells.

Thanks to the toppling spell, your target is knocked prone due to the impact of your magic attack. If the creature you targeted takes damage, is moved by your force spell, or failed his saving throw, you make a trip check against the target. You need to use your cast level and casting ability score to do this.

I think the best option for this metamagic feat is the magic Missle. According to my brief research, that seems to be the consensus amongst other players. The reason for that is that it is amazing for battlefield control. In addition, the damage done by the spell itself is rather negligible compared to other MagicFeat combinations on this list.

Note: Doing a successful trip check against the target does not provoke an opportunity attack. If the check has failed, the target cannot trip you.

How often can I use metamagic feats?

Unless otherwise noted or if you are using HomeBrew Rules, you can only use one metamagic per spell for just one use in Pathfinder. Only when you cast the spell can you use your one use?

Are Metamagic feats worth it?

Generally speaking, unless you have a built your wizard character around these, magic feats are not worth taking. The reason is that you get a ton of rods for the 1 to 3-level spells. Maybe at the campaign’s endgame, they become worth it, but generally, I would skip metamagic feats.

How exactly do Metamagic Feats work?

When preparing the spell in Pathfinder, you must simultaneously prepare the metamagic feat you want to use. Then, when you cast the magic, you just implement the effect of the one you have chosen. You can only use one per spell, peruse, so choose wisely.