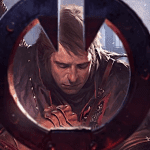 Are you looking for the best level 1 class in 5e to hit the ground running in your next campaign? You have landed in just the right place. We will rank the different Dungeons and Dragons classes you can pick and rank. Of course, we won’t just examine which class deals the most damage. We will look at many other factors that make a DnD character strong at level one. Here is what we will look at to rank them:

This ranking has been determined by three of our most veteran Dungeons and Dragons Players. These have a combined experience of over 30 years. So you can rest assured that you will walk away with some valuable knowledge for your next campaign.

The Cleric is the most potent class at level one, both from a damage-dealing perspective and a supporting your team point of view. These don’t just heal a ton of damage by using the spell to inflict wounds; they can also heal the party and fight on the frontlines when needed.

There are quite a few options to choose from to make a cleric the best class at level 1 in many campaigns. Here are a few of our favorites to make a mighty level 1 cleric.

Tip: Want to built a fun and powerful Cleric? Check out the Life Domain Cleric for one of the best supporting builts in Dungeons and Dragons.

If you are leaning towards dealing damage and less support, then the Rogue is one of the best level 1 classes for DnD. Not only are they fun to fight with, but they are also pretty survivable if you play them right.

The main reason why the Rogue is so good at level 1 is because of their sneak attack ability. This sneak attack gives the Rogue a 1d6 extra damage for all attacks they have an advantage.

You can give your two short swords at level one. Doing this is a fantastic idea if you are planning on dealing tremendous damage in close combat and have adequate support from the rest of your team. Having two short swords means you can get two 1d6s extra and deal up to 22 damage in one go at level 1!

Just make sure you have the AC, Hitpoints, or the backup to survive getting attacked. Of course, you won’t be fighting Death Tyrants, but Kobolds can hit surprisingly high if you have low AC.

To make sure your level 1 Barbarian deals a ton of damage and has enough defenses to fight on the frontlines, I suggest you pick the Goliath Barbarian in 5e. If you don’t like fancy mechanics, this is the best class for level 1 in Dungeons and Dragons 5th edition.

You get +4 in your strength and can wield two hand axes simultaneously. The damage you deal with those two is fantastic. You get a 1d6+4 for one axe, and the other axe gives you a 1d6. If you are raging, you add +2 for every weapon. That is a total of 20 damage. Some CR 2 creatures like the Guard Drake can be taken down in just one or two turns by a level 1 party that is optimized for damage and has the previously mentioned classes.

You don’t just deal a ton of damage but can also soak a ton of damage simultaneously. If you have stone endurance combined with some AC and a good amount of hit points, you can battle intensely and be a fantastic frontline.

Monks are another class that can be insanely powerful at level 1 in a DnD 5e campaign. However, you must pick the right race and feats to get the most out of it. I would advise you to use a Wood Elf Monk that fights with a quarterstaff and kicks.

As a monk, you get two attacks if you play your card right and can quickly dip out when combat gets too extensive. That combination means you can do a ton of damage in a short time, sneak back to the backline of your party and heal.

The wood elf is perfect for this because of the sneak bonus and the Mast of the Wild ability, allowing it to head very quickly.

Another contender for the best level 1 class in 5e is the Variant Human Fighter. You might see the pattern already; variant humans are OP at the lower levels in DnD. The reason is that the Variant Human can choose a feat at level 1.

A Polearm fighter and a great Weapon Master is an excellent option for your feat. Thanks to those two feats, you can hit 1d10 and 1d4, each increased with a modifier, and you get to reach a bunch of opportunity attacks on top of that. Did you roll a 1 or a 2? You can reroll! Pretty OP at level one if you ask me!

Another good pick for your Human Variant fighter is the Dual Wielder feat combined with the Two Weapon fighting style. This way, you get twice as many attacks which each do a respectable amount of damage.

The downside to this class is that you often get into dangerous situations when fighting in close combat. Also, your AC and Hit points are a bit on the low side, so watch out.

Wizards are a pretty good pick for a level 1 class if your group of adventurers has the synergy to protect them. Right off the gate, you have a burning hands attack that can deal with 3d6, which gives you a max damage output of 18 without you needing to do fancy tricks.

Again, you should pick the Variant Human and pick the Magic Initiate. This way, you can cast powerful spells and deal a bunch of damage in just a few short turns. However, you must have a team to protect you as your AC and CON are weak.

To get the most out of your spells, you should ensure that you have a ton of spells ready at all times. Not just those that deal damage, but also those that help your party members. For example, Intellect Fortress is a great option to buff your Barbarian and Fighter so they can protect you while you are dealing damage.

Check out what items you need as an illusionist wizard to make the most of your builts.

Finishing off our list of best Level 1 class in 5e Dungeons and Dragons are the Druids. A druid can deal a deceivingly and surprisingly high amount of damage. In addition, you can do quite a bit of damage by dual wielding two weapons. The scimitar hits 1d6 +4, and you can also wield a handaxe while giving you an extra 1d6.

However, you also get a ton of spells that you can use, and at higher levels, you can start to wild shape into mighty creatures that can be used as tanks or as damage dealers for your party.

A lot of druid spells rely on concentration, which is a pretty huge drawback, in my opinion. You will need to keep this fact in mind when choosing a spell to cast. Ensure you have a good amount of Area of Effect and control spells. An excellent feat to have is Resilient for your CON.

Hot tip: Check out the best creatures for shapechange in 5e if you want to get the most out of your character’s primal powers.

Enjoyed this list? Check out these articles to optimize your DnD characters.