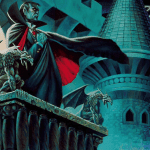 Hello, my dearest adventurers. Are you daydreaming about starting a new campaign and want to go as a bard this time? Well, you are in luck. After much discussion and bickering, our team has compiled a list of the best races for a bard in 5e DnD.

Of course, this is not 100% objective and is partially determined by our own play experiences of the 5th edition of Dungeons and Dragons. However, picking any race for your Bard out of these on the list will be 1. A strong pick, and 2. A fun pick.

Without further blabbering and yammering, here is the top best race for a bard in 5e DnD.

Half-elves get a +2 to the Charisma at the start. Next to that, you also get two points you can distribute wherever you like, next to the Charisma bonus. A great pick for that would be DEX to make your Bard more survivable.

Another great thing about picking the Half-Elf as the race for your Bard is that you get two skill proficiencies of your choice. So you can make this race work as a mighty bard.

In legends and fables, the Satyr is the closest creature to a bard. No wonder in DnD, the Satyr is a great race for those who want to make a bard. These creatures have a couple of great things going for them. Let’s take a closer look.

A Satyr gets +2 for Charisma and +1 for Dexterity. These stats are perfect to start a bard in 5e dnd. The Satyr, in addition, these creatures have a couple of other great things going for them that will make these into a versatile and valuable player characters for your party and campaign.

Satyr has a bonus to speed and free proficiency in performance and persuasion, two essentials for a good Bard.

The Half-elf and Satyr are both clear contenders for the best race for a bard in 5e dnd. However, halfling lightfoots aren’t half bad either! A halfling gets +2 Dex, and the lightfoot variant receives a +1 for their Charisma.

The fact that the halflings have the lucky ability is another significant aspect that makes them powerful bards. If you want to play as a Halfling Lightfoot, it is advisable to make sure you take advantage of their natural stealth abilities. That way, you can make a mighty bard with pretty powerful features.

I will pick a controversial option for the best race of a bard in 5e Dungeons and Dragons. The Aarakocra belongs in the top five of the best options for the Bard. A couple of factors make this pick one of the best and surprisingly powerful bards.

The Aarakocra has concentration less flight and gets an extra spell. These are two unique benefits for this race if you want to make a monk or a bard. The fact that you can also choose where to put your ability points is a fantastic plus side and makes sure that this race is a powerful pick.

Finishing up our top 5 for the best bard races in D&D are the changelings. These make some excellent bards if you want to use a ton of magic. The CHA bonus you get as a changeling is great for spellcasting, and you get a ton of free Charisma skill proficiencies.

Changelings also got a pretty nice update that makes them even better as Bards. So if you want to make a sneaky bard with a ton of utility, then changelings are an excellent pick.

The persuasion powers of a changeling bard are great, too, and you can easily pull off a ton of intriguing gimmicks.

Elves make surprisingly good bards, even if you don’t pick the optimal subrace. Another great option is the Drow elf if you want to make a Bard that can play, an advantageous supporting option.

Drow elves have a very powerful darkvision that can help you in dungeons and forests at night. The racial spell set you get is helpful for a bard but not optimal.

There is one significant downside to playing a Dow Elf. The fact that you have sunlight sensitivity is going to be a considerable problem when you are making attack rolls during the day. However, if you constrict yourself to a supporting and buffing role for your party, you can become an essential part of the team dynamic, even more so at higher levels.

The third and final subclass of elves that make for a good bard is the Eldarin elves. As an elf, you get a +2 racial bonus to DEX. The Eladrin Elves get a +1 to their CHA on top of that.

Thanks to the interesting abilities like Fey Step that the Eladrin elves have, they are pretty powerful as a fighting Bard. When you get into too much trouble to handle, Fey Step is your way out, and you can take a more supporting role at the back of your party.

There aren’t many lists where the Human variant or base human does not appear. The humans are a great race for a bard in 5e due to their versatility. To start, you get a +1 in two ability scores and a feat you can pick. I prefer that over the +1 in each ability the base humans get.

Variant humans are a top pick if you want a flexible character that can be specialized into as good as any bard. In addition, the variant human gives you a fantastic array of options if you want to make a combat bard.

A base human is also a good option, but I prefer the human variant as it is a tiny bit better for a combat bard, thanks to the feat you can pick at the start.

Firebolgs have gotten quite an update recently. They used to be a terrible choice for the Bard due to having no CHA or DEX. However, now you get the free choice of ASI, and you can make this race into great bards if you know what you are doing.

The Firbolg can detect magic and disguise itself without you having to learn it. You also get a hidden step, meaning you don’t need to know invisibility. Thanks to that, you can choose three different spells to further flesh out your Bard.

Finishing our write-up on the best race for a bard in 5e DnD is the Tabaxi. What makes the Tabaxi so so great is not that they get a +1 CHA, but they get an attractive DEX bonus and have two free skill proficiencies.

The Tabaxi, while unconventional, is an excellent pick for a melee bard. You can go up close and have high survivability if you have picked the right skills for your Bard. If you entirely use the Feline Agility ability, you can fight on the frontline but have an excellent escape strategy when things go south.

Are you making a new character in Dungeons and Dragons 5e? Here are a few beginner guides that will help you pick the optimal race and class for your new character.