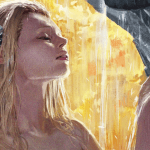 Magic is an essential part of the Pathfinder RPG, even more so when you opt to play as a wizard. Knowing which Wizard spells are the best in Pathfinder will help you deal more damage, be a better team member, and experience this class to its full potential. Therefore, we have ranked the 8 best wizard spells for Pathfinder here. Our experienced Dungeon Master Justin and the community’s input determine this ranking.

To rank the most powerful spells for the wizard in Pathfinder, we have used the following criteria:

Tip: We also have a write-up on the best spells for an oracle in Pathfinder, which you might enjoy!

The best spells for wizards in Pathfinder

If you have played the RPG before, then you could have seen it coming that the best spell for a wizard in Pathfinder is Emergency Force Sphere. Unsurprisingly, when asking for feedback from other players, the Emergency Force Sphere and its ranking was the one pick that was not controversial at all.

Often referred to as game-breaking and the first thing I ban, Emergency Force Sphere, can be cast with only the verbal component and one immediate action. It creates a wall of force with a hardness of 20 and 10 hit points per level of the caster. The dome can also withstand falling debris, floods, and attacks and is excellent for ambushes.

It is number one that always gives you (and your party) a fighting chance. It completely nullifies powerful attacks, takes away the element of surprise, and can even withstand natural disasters.

Another spell many players name as the most powerful spell in Pathfinder is Simulacrum. Simulacrum gives you the ability to summon a monster with boundless potential. You can use one of these if you can succeed in the knowledge check and pay the price.

A ton of monsters you can bring forth have to access the Wish spell. So these can also bring along more monsters. While many Dungeon Masters ban this possibility, it is possible to do so in the Vanilla, unaltered version of Pathfinder 1.0 and 2.0.

Some great options to bring forward are Nocticula and Succubi. Both are fantastic for permanent stat boosts after you have the number of whishes you want.

To finish off our top three best wizard spells in Pathfinder, we have put Dispel Magic. This pick might be one of the most controversial ones as many (beginning) players judge magic by how much damage they do.

However, there is – as far as we know – no spell on this list that is used as often as Dispel Magic in a campaign. A wizard will use it almost every playing session due to its versatility. If you have an excellent Arcana/knowledge, you can easily pick out those that have buffed themself and can debuff them.

You also can completely halt magical effects, mess with your opponent’s magical items, and counterspell. These factors make Dispel Magic an extremely powerful asset for any magic caster.

Another spell many players underestimate is Silent Image. This level 1 magic is compelling if you know how to use it and have the ability to think up creative uses. When you cast a silent image, you can create an illusion of an object, force, or even a creature you visualize. This illusion does not make sound or smell nor has a temperature or texture.

While most people are not huge fans of illusion, it can be used so often that you would be surprised. It isn’t just useful in combat but in roleplaying too. For example, you can conjure an illusion of a stack of gold coins behind the gates of a house. Just wait and sit back until some peasants, thieves, or bandits try to break in and create the perfect distraction for you.

If you want to buff your party, then Haste is one of the best spells for a wizard in Pathfinder to do so. There isn’t an offensive buff in the game that is as useful as Haste for most combat situations and party makeups. Haste always makes a noticeable impact on combat and can make a close fight go your way 9 out of 10 times.

A +1 bonus on attack rolls and a +1 dodge bonus on AC and Reflex save on a couple of your party members is a significant boost that should not be underestimated. No wonder Haste makes it on our best buff spells for pathfinders ranking.

Another Pathfinder buff spell that we can’t get enough of is the Mirror image. The spell creates an illusionary double of you that inhabits your square. This double makes it harder for enemies to locate and attack you.

You can get 1d4 images plus an image per three caster levels you have, which makes it extremely hard for a creature to pin you down. Having a (much) higher chance to miss attacks in Pathfinder is quite a disadvantage. As you know, managing your action economy is vital in a close fight, and missing a powerful attack or not dealing optimal damage has quite the impact o the rest of the fight.

Overland Flight is number 7 on our list of best wizard spells in Pathfinder. Simply put, this transmutation magic is a supercharged version of Fly. However, Overland Flight is superior to Fly for several reasons.

Overland Flight is great for combat, just like Fly. However, it is much better at scouting and traveling—two things you have to do (or at least should) quite often in Pathfinder. While the spell does not damage, you will get plenty of use out of it.

Teleport and Greater Teleport are incredibly potent. You can be anywhere in the world by just using an action. You can pretty much go anywhere and influence events thousands of miles apart. In combat, the spell is also pretty handy.

Teleport is also a fantastic way to run away in Pathfinder. Since the average wizard has such low AC and Hit Points, being surrounded almost always spells certain doom. Staying alive is more important than dealing damage, thus making (greater) teleport another fantastic spell for wizards in Pathfinder.

You might be confused on why a spell-like Shrink item is ranked so high amongst the best spells for a wizard in Pathfinder. The reason is that Shrink item is a surprisingly potent spell with a good amount of creativity in the right scenario.

When you use shrink item on extremely heavy objects like boulders and broad swords, you can shrink them to the size of pebbles and buttons. Then, you fill a pouch and fly above your target(s).

Unleash the pebbles and needles and dispel the magic so they return to their usual size. The sheer amount of force that a 300 kg boulder does by falling from 100 feet or more is insanely high. If you would do the math and compare it to the impact of most other spells, they would be dwarfed by quite a lot. Just about any monster instantly dies from taking a boulder to the face.

Limited wish is a pretty obvious pick for this ranking for the best spells a wizard can learn in Pathfinder. It has a standard action cast time, and you can pay 1500 gold to bypass any downsides of spells that you want to use.

Wish is an extremely powerful spell for wizards in Pathfinder, but there is a reason why it is so low on the list. You only get (consistent) access to this magic when you are at a very high level. Most campaigns do not get so far, and thus the chances of you using it a lot are pretty limited. On the other hand, you will get much more out of the other spells because of how early they are available.

A creature targeted by the Chain of Light is made immobile by chains of light. The creature gets the status of being paralyzed and can not use any extradimensional ways of travel. While this does not sound so strong, it is a fantastic spell to have on a wizard while fighting a boss.

Chain of Light targets (by far) the worst, save for most strong creatures in Pathfinder. Reflex saves are rare in Pathfinder, and many higher-level monsters are horrific at them. Chain of Light is very versatile and has a massive chance of success. The amount of creatures that are immune to it in Pathfinder is also negligible.

Make sure to combine Chain of Light with the best metamagic feat for this magic: the persistent spell.

Some entries on the list might be controversial, and we might have glossed over a couple of spells others would consider to be the best for Wizards in pathfinders. However, we are sure that most people will agree with the majority on this ranking of best spells for a wizard in Pathfinder.

Are you interested in learning more about the optimal picks for your Pathfinder character besides best spells? Then you might enjoy the following article quite a bit: Best Feats for a Cleric in Pathfinder.