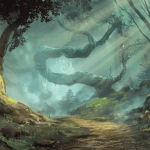 When traveling through a jungle, many predators can be encountered throughout one’s travels. Tigers, Panthers, and various Snakes can be found in the dense treescape in which a party could find themselves.

One such Snake cannot only swallow any unsuspecting victim whole but can crush them easily within their own bodies. This Snake is the Giant Constrictor Snake, which will be the center point of this article.

Make sure to check out:

What are Giant Constrictor Snake in 5e DnD: attributes and description

Constrict: Melee Weapon Attack: +6 to hit, reach 5 ft., one creature. Hit: 13 (2d8 + 4) bludgeoning damage, and the target is Grappled (escape DC 16). Until this grapple ends, the creature is Restrained, and the snake can’t constrict another target.

Advantages and drawbacks of Giant Constrictor Snakes in 5e

When it comes to a Melee-focused combatant, friend, or foe, the Strength score is the ability score that is the most important to change if one wishes to be able to hit their targets harder.

2. It can do its namesake as an attack

As one would come to expect from a Snake named after its most lethal capability, the Constrictor Snake can coil itself around a target and constrict it, acting as a melee attack against a player character.

Although it does a little more damage from this than from its bite, the real problem comes from the condition applied during the Attack. The Player Character being attacked with this melee attack will become grappled, meaning that the player is unable to move unless it succeeds a DC 16 Strength check to be able to escape.

Being trapped in such a manner will give the Constrictor an easier time to focus and attack a single target, though there is a downside to this Attack which will be discussed later in the article.

The Constrictor Snake has an impressive swim speed of 60 ft., giving it an added option for mobility in areas with deep enough water to warrant the swim speed.

This can help close the gap between a player near a body of water and the Giant Constrictor Snake itself that happens to be in the water body, which could even amount to a sneak attack should the Dungeon Master choose to rule it as so.

1. Can only focus on one target when Constricting

While the Giant Constrictor Snake is constricting a target, the Snake gains the Restrained condition, meaning that it cannot move attack rolls against the creature has an advantage, and dexterity throws and attack rolls made by the Snake are rolled with a disadvantage.

Although, whether the attack roll disadvantage applies when the Snake is attacking the player it has grappled with is up to the DM decision. It is fairly worrying for the Snake itself. Being vulnerable like that could give another player a chance to deal massive damage and even assist in freeing the character the Snake has grappled with.

To quickly explain the insulting title of this disadvantage, the Giant Constrictor Snake has an Intelligence Ability score of 1, less than an Earth elemental, which grants it a -4 Modifier to any Intelligence Saving throw or ability check it has to make.

As such, spells that require the Giant Constrictor Snake to make an Intelligence saving throw could have the easiest time possible in making the creature fail, which reveals how susceptible it can be to spells of that nature.

Best uses for Giant Constrictor Snake in a Campaign

A Mini-Boss for the Jungle

So, a DM could use the Giant Constrictor Snake as a Mini-Boss to help sate the desired boss the party wants and also gives the DM a healthy choice of the boss without throwing an impossible fight at their party.

Its tanky health pool, decent damage dice, and average AC make the Constrictor Snake a good choice for such a combat encounter.

The introductory battle to a Jungle Area

While the Snake can serve as a good Mini-Boss for a low-level party that has been journeying through a jungle for some time. The Giant Constrictor Snake can also be used as an introductory battle to the said jungle but meant for a party at a higher level.

This way, the party can get a taste of what kind of monsters they could encounter while traveling through the jungle without giving them a hard battle that could turn into a slog if the Dungeon Master allows it to do so.

Hunted by the Wilds

As a sort of middle-ground combat encounter, the Giant Constrictor Snake could be in a mixed bag of enemies thrown at a party, especially as a random combat encounter. For example, the Snake could focus on one problem player character with the right animals acting as backup.

Such as the hard-hitting combatant that can deal lots of damage when their hits are successful. Or, on the opposite end of the coin, the Constrictor could focus on one of the weaker spell casters in the parts (if it has any), causing some panic as the Giant Constrictor Snake will be able to knock off decent-sized chunks out of their Health Pool.

Sure it can be used as a decent damage dealer and inhibitor to the combatants, but overall it is not a very sought-after monster to be used in a campaign for any reason. This doesn’t mean that it is a bad option.

However, the number of places this Snake could be used is somewhat limited if a Dungeon master wishes to take full advantage of their abilities and features.

How big is the Giant Constrictor Snake in terms of feet?

Compared to a standard grid, the classification of a Huge Monster, where one square equals five feet, would be a 15 by 15 ft Snake or a three by 3 Mini on the board. Of course, a Dungeon master could make the Snake bigger or smaller if they so wish, but in terms of published material, that is how big it is.

Although on DnD Beyond, it does have one of its environment tags as “Underwater,” No; It cannot breathe underwater to any capacity. It is only capable of swimming in the water, which a Dungeon Master could easily work an interpretation as it stays on the surface of the water, but still has to swim to get to where it needs to go.

Would the Giant Constrictor Snake have a disadvantage or advantage against the creature it has constricted?

Although it would have a disadvantage to any attack roll made to a creature, the only exception would be the creature that the Giant Constrictor Snake had grappled with during its attack action. The Snake would still gain an advantage against the creature it has since the Snake is the one that was grappling it in the first place. The disadvantage would only take effect if the Snake attempted to attack someone else besides the creature it has grappled.