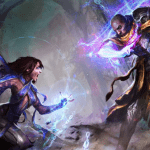 When creating a Spellcaster character, there are three main options for spells that can be added to a player’s spell list; Damage, Buffs, and Utility. Many utility spells within Dungeons and Dragons can be used to change things around or generally be used in ways that benefit the party without directly injuring or helping anyone.

Although a minor magical spell, Prestidigitation 5e, as the subject of this article, has plenty of uses that the caster can use to choose the options.

What is Prestidigitation 5e: mechanics and requirements

This spell is a minor Magical trick that novice spellcasters use for practice. You create one of the following Magical Effects within range.

If you cast this spell multiple times, you can have up to three of its non-instantaneous Effects active at a time, and you can dismiss such an Effect as an Action.

Advantages and drawbacks of Prestidigitation 5e

As mentioned in the beginning section of the article, this spell has multiple uses that the caster can employ for any reason that they choose.

In fact, there are six different things the spell can do, meaning the spell’s usefulness is widened because of just how many things can be done with it.

This also means that a player can become more creative with the options they have since each option on their own could have a wide range of ways that they could be implemented into a situation they finds themselves in.

When the caster uses this spell for any reason, they can actually cast it up to three times for three different options of the spell’s abilities to be active at the same time. This again widens the uses the spell can have during a campaign since the combinations can be mixed and matched for various purposes.

Although not all of the uses will be written here, a healthy amount of them will be placed in the “Best Uses” section to show how versatile this spell can be.

As with many spells that are considered minor magical abilities (at least in terms of the flavor text describing the spell), Prestidigitation is considered a cantrip within the spell list of the classes that can add it to their spell list.

This means that a player could cast this spell whenever they wanted, without limiting factors on how many times they can actually cast it.

Many cantrips that exist throughout DnD do not require a physical component for casting the spell; Just the vocal and somatic portions are required.

Prestidigitation is no exception to this, as it also does not need a physical component to be able to cast it. This frees the player from having to track down components to be able to cast a spell to stockpile before leaving on any quest that may exist in the campaign.

It also aids in freeing the number of times the caster can use the spell, giving them more chances to use it and in turn more freedom to use the spell in their own creative ways.

This is also reinforced by how the effects are written in published media, giving those who read the effects the chance to interpret the effects and their abilities in many different ways that could be utilized throughout any situation that could call for the spell to be cast.

One might have noticed how many spell-casting classes can actually take this spell. The Prestidigitation spell is indeed available for almost all of the base game spellcasting classes to be able to take or at least the ones that are primarily focused on spellcasting.

Although this spell is not a combat spell, the 10 ft range can still feel incredibly limiting to some players with certain ideas that could have required a longer range than the spell allows.

The spell does still allow for the player who casts it to be able to use it in a variety of ways, but the short range means that some ideas could have been utilized for a combat encounter, as will be explained in the “Best Uses” section of the article, would have to be adapted to work with the rang for completely abandoned out of concern of the casters safety.

1. Cleaning armor and clothing for the caster and party members

A clean set of clothes is something that everyone enjoys wearing, especially when the party just came out of a messy situation. However, cleaning the clothes by hand can be rather time-consuming in any situation, regardless of how long the party has before they have to continue their quest or make their way down the road to the next town.

Prestidigitation could be used in this instance to remove the time needed to clean one’s clothes and/or armor, with a simple casting of the spell being able to remove all of the dirt, blood, or whatever else happened to get onto their clothes without any water or cleaning supplies required.

When traveling, many things require fire to assist in whatever is needed. Either from setting up a campfire to rest by for the night, a candle to help with one’s late-night reading, or a torch to help traverse darkened cave areas that would otherwise be impossible to traverse due to the darkness.

Using Prestidigitation for these could help in the listed ways above, as trying to use fire-based damage spells for such purposes could accidentally harm or even kill a friendly character that just happened to be caught in the radius of the fire spell that was cast.

As with cleaning one’s armor or clothing as previously mentioned, cooking a meal for the party while they are resting at a camp can be quite a time-consuming process depending on the meal being cooked.

With that in mind, Prestidigitation can help cook a meal quickly, saving on that precious time that could otherwise be used in other affairs, such as training or keeping watch for hostiles nearby. It could also be used to help keep food fresh by chilling it using the same effect for the spell.

In a similar mindset to the previous use of the Prestidigitation spell, The spellcaster with this spell could use the same effect to keep themselves warm or cold, depending on the environment.

This could be especially helpful in environments where certain beings would be unable to survive due to the extreme temperatures of the environment, such as a Volcanic Wasteland or a Frozen Tundra.

If the Dungeon Master allows it, the caster could also extend this to other player characters, giving them the same warmth or cooling power of the prestidigitation spell in areas that would kill them from eventual hypothermia or hyperthermia respectively.

5. Distracting enemies during or before combat.

By using the spell to create a harmless sensory effect, such as a gust of wind or an odd noise, the caster could draw an enemy away from a  certain area to allow the party to sneak past them or get the jump on them with a sneak attack.

The only problem with this usage is it would be hindered by the short range that the spell has, meaning the caster would be possibly caught by the hostile when using the spell for this purpose. As such, it’s recommended that once the distraction has been made, the caster moves away from that area to avoid getting caught and to tag along with the rest of the party.

Overall, I believe that this spell can be used as a wonderful utilitarian instrument whenever the player needs it.

Sure, a caster could choose to do the actions that the spell is capable of by themselves without it, but using the spell makes the time required for such acts to be completed shorten to such a degree that it’s a blink and you’ll miss it action.

Allowing the player to use this spell helps them focus their time on other more important items that would otherwise be put off to handle the actions that this spell does seamlessly. As the writer of this Article, I’d say to any player building a spellcaster character to pick this spell up as a wide-ranged utility spell to use for a campaign.

Could Prestidigitation 5e be used to clean or purify any dirty/poisoned food or water?

There are spells that can be used that are specifically meant for this, mainly “Purify food and drink”. However, if the Dungeon Master allows someone to use the spell in this way, then it can be done. It is best to ask the Dungeon master first before fully going through the spell action to use it in this manner, however.

Are there any spells Prestidigitation 5e can be used in tandem with?

Minor Illusion, on some occasions, can be used to work side by side with this spell. Such an example is if a player is trying to bug someone with an imaginary fly buzzing around their ear. Although Prestidigitation could not make the noise the fly would make, it could cause small gusts of wind or pressure to make someone think the fly was there.

Can Prestidigitation be used to change someone’s skin color?

No; Alter Self or Disguise Self would be one of the spells a player would need to look for if they are wanting to do something like this.