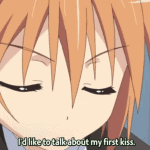 Romance is a genre that everyone likes, whether they admit it openly or not. Similar is the case with romance anime; everyone loves them. The fun part is that every anime has a sprinkle of romance regardless of the genre.

However, it seldom happens that we see a shy boy who falls in love with an outgoing and confident girl, but anime also fulfills that wish. One thing is guaranteed, they are always the best ones. Below are some popular anime where a shy guy takes away the girl.

5. Okami-san and Her Seven Companions

This one is a fantastic comedy-filled romance anime where the male lead is shy. The anime is based on a popular novel of the same name. However, it didn’t make much as compared to the novel. Still, it is one of the easily admirable romance anime because of the unique characters.

The anime follows the story of a shy and not-so-confident boy named Ryoushi in high school. Although Ryoushi is shy, he still tries his best to change himself and become courageous and confident like the members of the Otogi Bank club. This all-girls club is famous for making the impossible possible if you pay a hefty price.

The plot develops as Ryoushi falls in love with the star of the club Ryouko. Things change eventually after Ryouko rejects Ryoushi. He decides to join the club and confess again only after becoming a better person. But who knew that Ryouko would fall for the shy side of the guy she once rejected?

High school romance anime will always keep you spellbound. Even though the anime isn’t as popular as the novel, Okami-san will eagerly wait for you if you are into yandere and tsundere love stories.

Omamori Himari is another anime not thoroughly focusing on romance, but the shy male lead characteristic fits this one better. The  romance anime where the guy is shy perfectly blends action, fantasy, laughter, and romance. It is one of the most popular anime that almost all anime lovers have either done with or have on their watch list. I am the former one, just saying.

The story revolves around a sad and miserable Mr. Protagonist, Yuuto. His life has been a tragedy from the day he lost his parents, with only one exception, his best friend, Rinko. Yuuto was living his mundane everyday life, but his 16th birthday became a game changer.

Suddenly, his life became a fantasy when he saw a girl named Himari with cat ears and some uncanny powers. Yuuto’s shock is enhanced when Himari swears to protect Yuuto at all costs and make him happy. Then, with blushing cheeks, Yuuto is left speechless.

This triggers his life filled with unique beings attacking him, some girls fighting over him for his love and attention, and his daily measure to stop Himari and Rinko’s advances towards him…why, because our boy is shy. Try this one because it will surely entertain you with the eccentric combination of genres it has.

People say love is natural; let them know it isn’t. Love is magic, or rather I would say Witch Craft. Yup, Witch Craft Works is a romance anime based on comedy and school life. Although the plot and characters are lacking here and there still, it is a good watch if you want to laugh out your energy with some witches and their fights.

The plot of this romance anime where the male lead is shy revolves around a nerdy, introverted, and shy high school kid named Honoka. He is always the last guy to be noticed with a not-so-outstanding personality. His daily life is a set routine of studying, keeping to himself, and admiring the school beauty Ayaka.

No matter how much he tries, he can never express his feelings to Ayaka. However, one day his ordinary and boring life becomes one in a magic school. Ayaka saves Honoka from a witch who is after him for reasons unknown.

Honoka’s not-so-ordinary life begins with witches around him and the revelation that his beloved crush is a super powerful witch herself. Love is sure to blossom with some witchcraft.

Okay, so I know you have heard of this because it is one such amazing package of laughter, romance, a bit of action, and much more. This romance anime where the male lead is shy is popular for its perfectly imperfect characters, captivating plot, and amazing animation.

The anime revolves around a 16-year-old Sakamichi Kinjirou. He has learned boxing for certain reasons and is an expert boxer. However, this muscular and strong man has a phobia of women, and in the worst-case scenarios, he faints.

But destiny is always the one playing pranks on our leads facing such traumas. His miserable life changes when he discovers that Kanade is a girl pretending to be a boy. In return for keeping the secret, Kanade promises to help cure Sakamichi’s phobia. Thus begins the hilarious tale of two opposites and their love with unexpected trials and rivals.

Let’s end with one of the most popular romance anime with a shy male lead with many twists and funny turns; 3D Kanojo. The gaming part perfectly displays how the 3D world satisfies and keeps the modern generation entangled, making this anime a hit.

The story begins with the star of the series named Hikari Tsutsui. He isn’t a shining star because he is always alone and goes unnoticed. Hikari is living his mundane high school life while playing games. He prefers the girls in games because he doesn’t dare to confess to a real one.

But to his surprise, one day Iroha, the school’s beauty, confesses her love to him. And the first thing he thinks is that is she real? Yeah, buddy, the pretty girl in front of you is undoubtedly real. His life changes step by step as his lonely circles grow bigger and bigger with lover rivals confronting him.

It is a perfect high school love story with a bunch of jealousy, drama, beauty, and romance. The animation, art, and plot all get a perfect score for a shoujo anime with romance unlimited. 3D kanojo is a great example of an romance anime where the male lead is shy.

Romance anime where the male lead is shy conclusion

I bet you have watched all sorts of romance anime. However, the above picks strictly follow the shy male lead rule followed by romance.

You will get to see action, you will laugh your heart out, you might learn some witchcraft, and surely it will leave you with a few tips on how to confess your love to your crush and then how to persuade them.