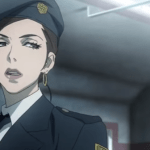 Still, there are male characters who also leave behind all the female Yandere! So I have written a list of the best anime with Yandere for you on your popular demands. I hope you’ll love watching the anime and seeing Yandere going to any extent for their love interests!

Ganta is the MC of the story whose life flips upside down when he sees a “Red Man” flying in the air in school. In an instant, things turn disastrous when the mysterious man kills everyone, leaving only Ganta.

He implanted a mysterious red crystal in Ganta’s body, making him powerful enough to use his blood manipulation technique. After the incident, Ganta was accused of murdering the whole class and was sent to a prison named “Deadman Wonderland.”

This is not an ordinary prison but a prison where prisoners are forced to join deadly activities to amuse the audience. In prison, Ganta meets his childhood buddy Shiro who helps him to overcome all the challenges.

Shiro is the one who can kill anyone for her childhood friend and her lover Ganta. When they were kids, Ganta admired her hair which sparked feelings of love in Shiro. They used to love watching the TV show ‘Red Man,’ which was more like a superhero show. Ganta was very weak and lacked the courage to face problems.

Unlike him, Shiro would come whenever Ganta was in trouble. Shiro decided to be Ganta’s red man forever, going to any limits for him. The anime has significant plot twists, which I obviously can’t spoil for you. You can’t predict anything; just watch the anime and follow the flow. Besides, it’s a very short one. It’s absolutely the best anime with Yandere. Not only Shiro but many characters are obsessed and possessive to the extent of being a psychopath!

Oh, man, who doesn’t know about this lady? Even the non-AOT fans are crushing over this lady.

Mikasa started to live with Eren’s family when they decided to adopt her. After the titan attack, Eren was the only family our girl had. She started developing feelings for him which were revealed quite late in the story.

She could do anything for Eren and was possessive enough that everyone could easily see that in her eyes. The best part is being in love with Eren doesn’t make her deviate from the right path. Though she could go to any extent for him, she wasn’t the one to side with him when he was wrong.

The relationship between Mikasa and Eren is the most complex one in the history of anime and probably the saddest one. Attack On Titan is a complete package with everything one desires, so yes, it’s a great military anime with Yandere.

I hope you get a partner like Mikasa who can do anything for you!

Death Note is not the anime to showcase fanservice or romance and all. It’s about shinigami, a death note, and murder mysteries. It’s all about genius antagonists and protagonists planning smartly against each other. Misa Amane is the side character in the story obsessed with Light Yagami, aka Kira, the MC. When Kira got the Death Note, he started killing the criminals.

Among the criminals was the murderer of Misa’s loved ones. This impressed her, and she chose to dedicate her life to Light. No matter right or wrong, she will cross the limits for her only love. She very openly claims that if Light shows interest in any other girl instead of her, she will kill her. This behavior makes her a psychopath, and there are many reasons for making her this way.

You will love this anime if you like yandere characters like Misa Amane, who won’t think twice about killing someone they hate. Death Note, overall, is a top-class anime full of thrills. Apart from being the anime with Yandere, this is a must-watch for an otaku. No other anime can beat this psychological thriller!

Yuno Gusai is the female MC of Future Diary and one of the most popular Yandere. Her love and obsession for the male MC Yukiteru Amano are insane. Don’t be bewitched by innocent looks; she has a double personality.

One time, you’ll see her shy and innocent, more excellent person; the other time, she won’t think twice about torturing someone. Her character is not regular, and she is a complete psychopath. Not everyone is a born psycho, but many things push one to extremes. Her parent’s death impacted her a lot. She would insanely talk to their dead bodies and would hate it if someone had misplaced them from their place.

The story of Future Diary is pretty unique. Yukiteru is a diarist, and he had a habit of writing things. One day things took a sharp turn when he found some incident of the day written on it automatically.

He didn’t bother much at the start but later realized that these incidents happened afterward. As the name suggests, Future Diary is the diary that reveals the future incidents that will occur beforehand. What makes the anime interesting is that Yuno has the same diary. That’s also why the duo teams up to overcome the challenges.

Yuno’s character makes the anime worth watching. If you admire Yandere characters, then my lord, there is no reason you will regret watching this anime. It’s the most popular anime with Yandere solely because of Yuno’s character!

Okay, so a character doesn’t need to go to any lengths for his love interest only. The personality can be obsessive about their friends, family, and all. The same for our handsome demon Sebastian who can go to any limits for his master Ciel.

Ciel is a kid and the anime’s main protagonist; his life was not on good terms with him. When his parents passed away, some bad guys abducted the cute boy and made him their slave. Being abusive and torturing Ciel wasn’t something uncommon. So Ciel made a deal with a demon named Sebastian to avenge all the wrongdoers who tortured him mentally and physically. Of course, nothing is free of cost, so in return, Ciel would give the demon his soul.

The duo’s chemistry is very praiseworthy. The way Sebastian lands right in time to save Ciel from the dangers is phenomenal. Sebastian is a perfect butler and seems like a kind man but don’t you be fooled by his looks. He will swiftly become cold and brutal enough to kill anyone when needed!

Black Butler offers much more than expected. At the start, one fails to guess what’s happening; the mystery and suspense are actually on point. The way the author has beautifully added twists and ups and downs is remarkable.

Do you like triangle love stories? The suspense is often great in such stories because one can’t guess who will win the love. Vampire Knight is one such beautiful story. The plot highlights the life of three main characters, Yuki Cross, Kaname Kuran, and Zero Kiryu. Yuki is an ordinary and yet not an ordinary girl. In contrast, Kaname isn’t human but a vampire, and Zero is a vampire hunter who was once a vampire.

The academy is exceptional; in the day, it is filled with normal humans, and in the nighttime, it is full of vampires. Yuki and Zero work to maintain discipline and keep things in order. Our girl has a secret crush on the heartthrob and gorgeous vampire Kaname Kuran. Not only on-screen girls but off-screen girls dream of being with him.

The plot progresses with conflicts, mysteries, and suspense. You must be wondering who Yandere is among the three, right? Well, my lord Yuki Cross is extremely lucky to have been surrounded by two handsome hunks who will go to any limits for her. I admire Kaname’s love and obsession for Yuki and how he protects her. However, it does get sad for the ones who ship the wrong couple :’)!

Diabolic Lovers have many characters who are obsessive and possessive about their love interests. To top it off, they are all vampires. The plot begins with a girl named Yui entering a house full of vampires. Six vampires are in the house, and all are obsessive about Yui. In short, these vampires are sadistic toward her. One of them is Sakamaki Ayato, who is a narcissist. He always wants to be the best and is the kind of character who won’t like someone ordering him. However, all the characters are charming, and the same goes for him.

He doesn’t like other vampires getting close to Yui; it makes him jealous and more possessive about her. However, don’t mistake him for being a kind and sweet boy; he is very sadistic. At the start, he claimed he likes teasing Yui for fun and has no real affection towards her. However, the story advances with him developing feelings for Yui.

If you like Yandere characters, then my friend, this is the best anime with Yandere! You’ll enjoy it for sure!

Conclusion on Anime With Yandere

Okay, fellas, I tried mentioning the best anime with Yandere. Every character has a special place and is famous as a Yandere with many fans. In the list, many characters are obsessive enough to be insane.

For them, nothing is right and wrong; they would do whatever they would feel like. However, I also mentioned the ones who are Yandere but know what is right and wrong. So, watch the anime and update me about your thoughts and opinions about the recommendations! I’ll be waiting!