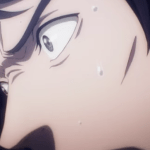 Anime comes in with a lot of variety, and all the genres are equally loved worldwide. However, some anime created a trend for game-themed anime. There are different types of otaku whose preferences vary from genre to genre, and game lovers have a separate army.

For any otaku who is a game lover, nothing can be better than an anime with a game aspect. Keeping in mind the love of such otaku, I have brought a list of some worthy game anime!

Whenever we talk about game aspect anime, it’s impossible not to think about Sword Art Online. This anime has set a standard for many, which is why we find the majority of game-based anime similar to this one! Sword Art Online is a pretty great light novel turned anime, full of chills and thrills. The fun begins when the main character Kirito logs into a VR game and gets stuck inside it.

He was not the only one; many others like him couldn’t get back to reality. Yet, unwillingly they had to live in the game reality and complete all the challenges. Otherwise, they will be done for good.

Games are about challenges, hurdles, leveling up, action, adventure, and more. The same goes here; Kirito begins his adventurous journey and vows to win the tasks to get back to reality. Sword Art Online is a series that has made a place in the hearts of anime fans with its soft romance with an early couple and entangling development.

Whether the MC succeeds or not is to be found out by you. Sword Art Online’s blend of fantasy, romance, action, drama, and adventure makes it different from other series. It is a perfect fit for everyone because it has everything one would ask for.

So, if you are a romance lover, you’ll enjoy it.

The plot highlights the life of two siblings who are avid gamers and pretty famous in the online gaming world. Things begin mysterious yet thrilling when they receive a text from an unknown person.

His name is Tet, a god who challenges them to a chess game in a different world. Like any other person, the duo first takes the text as a joke, but it turns out to be real. They soon find themselves in a different world that has different rules. The anime focuses on other mind-boggling games which entertain the audience.

No Game No Life is undoubtedly exciting and does not leave a chance to spike curiosity and excitement. The siblings’ bond is remarkable; they handle every situation with a calmness beyond words. If you want something unique and non-typical, you should watch this one!

3. Grimgar of Fantasy And Ash

The setup, the theme, and the challenges are no less than a game. A group of people opened their eyes to a new world where they hardly remembered their names. But, unfortunately, they were forced to complete the challenges, leaving no other choice.

This world has its rules; to survive, they need to defeat monsters to earn money. At first, the group was led by Manato. Then, however, Haruhira, the main protagonist, takes over as the lead after his death. Things become even more challenging after the leader’s death.

The plot progresses with different ups and downs and the entry of certain new characters. All this doesn’t make their challenges less, but somewhat more accessible because they are continuously growing with experience. All these challenges and hardships make this an with anime a game aspect.

The teamwork, the action, and the adventure are all worth watching. The music and animation are good, and the best thing is it’s not a typical isekai! Make sure you read the Grimgar of Fantasy and Ash light novel and others like it!

Death Parade comes up with a unique idea of games. The humans, after their death, land in a mysterious bar where they are forced to play high stake games. The bartender, Decim, passes his judgment based on how they play the game.

The trend is that people who play this game don’t remember that death has already taken them in. These are all the guests of the bartender. All the guests have different stories and ups and downs. It’s a thrilling anime, and one feels goosebumps with each game. It’s a short anime, but it is worth it. It urges the audience to ponder over the story and their lives.

Each episode is different, and seeing the characters with the most significant life challenges is full of lessons. When the true nature of the guests is revealed, one simply can’t stay calm. The animation and graphics are great, the character writing, and the music are merely praiseworthy!

Death Parade is famous as one of the best anime that covers a gaming aspect. The best thing is it offers much more in just a few episodes!

Accel World is a game-themed anime that is full of action and suspense. The series introduces Haruyuki as the overweight MC who gains skills during the story. He is the target of bullying, which is one of the main aspects of the plot.

The boy is an excellent gamer and loves playing games. For a gamer, a little change in the game affects him badly; the same goes for this chubby hero. His life changes completely when the school’s vice president, Kuroyukihime, decides to save him from the delinquents. The girl wanted help from the cute chubby hero. She introduced him to “Brain Burst,” more like an augmented reality game. It makes the user’s brain waves accelerate so that time almost stops. Akin to any other game, the rules are to gain points to win against other players.

The president is curious about the creator of this game and the reason why he created this. There is only one way to meet him: to reach level 10 of the game, which she can’t do alone. Therefore, she asked Haruyuki for his help. As the girl helped him earlier, the boy decided to return the favor.

A series of adventures and action begins, which keeps the audience engaged throughout! Accel World is a worthy anime that is based on the gaming aspect with a lot of intriguing elements. Ignoring it wouldn’t be such a good choice.

The concept of this fantasy adventure light novel turned anime is somewhat similar to Sword Art Online, and it’s set in a world where approximately 30,000 players are stuck in a game. The game’s name is Elder Tale which is an MMORPG game. The magic and sorcery are true in this fantasy world of Elder Tale. Similar to every other story, we have the main character. The character is undoubtedly the series star and the Log Horizon’s center.

Log Horizon focuses on the journey and challenges of Shiroe as a player. However, he is not alone and teams up with an assassin who considers him more than just a teammate. The way they face the hurdles and overcome them is soothing to watch. If you liked SAO and its game aspect, you’d love Log Horizon! The only thing that makes it a bit different than typical anime with a game aspect is the characters and their way of strategically dealing with situations!

After the popularity of SAO, almost every anime with a game aspect has the same typical concept. The beauty of Overlord (and Slime) is that it starts quite predictable, but how it progresses is magnificent. Momonga is an avid gamer who doesn’t want to leave his game despite it being shut down forever. Hoping to spend a little more time until the complete server shuts down, he finds himself in an unpredictable situation.

He was still as conscious as his character, Ainz Ooal Gown, an OP character. Being a loyal and dedicated player of YGGDRASIL, he desired to stay connected with the game for as long as possible. Hence, the universe made way for him to succeed.

The plot begins with Momonga exploring the world with his power and authority. The best part is that the protagonist is not someone who will use his powers for good; he is evil beyond thought! This is because the character is designed this way, but since he is a human, he also has a soft corner. The Overlord Light novel and anime is a complete package full of tragedy, action, thrill, and politics! Try this one if you want a cool, level-headed, and realistic male lead.

Ryouta is the show’s main character whose life flips upside down when he finds himself in the world of a game named Btooom! Everything was so sudden that he did not know how he entered the place. He had a crystal implanted in his hand. No game is without rules, and the same goes for this one.

Similar to Ryouta, the other characters also have crystals with them. The one who collects all the crystals will be able to leave the game. It’s not that easy, life and death are REAL, and if you die, you are done for good! Getting crystals from others means killing them, and no one wants to die!

The action is good, and the anime’s thrill with each passing event is admirable. This is a pretty entertaining anime with a game aspect! The beauty of this anime is that its magic will bewitch you, and there is no stopping once you start with it.

All the episodes end with twists and cliffhangers that one is forced to binge-watch the anime and trust me, it’s worth it!

Conclusion on anime with a game aspect

If you are here for game-themed anime, you must have already watched at least one based on this theme. All of them are similar in one way or another; the plot twists and characters make them a little different. Keeping that in mind, I tried to enlist some good and exceptional anime.

I hope you’ll enjoy watching them, don’t you think? XD. Can you mention some worth watching anime you have watched and can’t get out of your mind? I am more than eager to know your thoughts regarding the list.