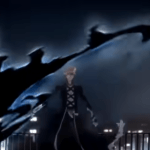 Anime is the only entertainment in the lives of otaku, and they can’t seem to spend a single day without watching them. All the genres are equally loved, but the anime with plot twists rules hearts.

It’s enjoyable watching the opposite of what we expected. I am sure you are here for the anime that will leave you in awe when the twists unfold. Be glad because you will get what you were here for! Let’s begin!

Ps: Since we all know Code Geass should be number one on this list, we have excluded as it would be a way too obvious pick.

Asta is the boy who is Manaless in a world full of magicians. We all know that Mana is the basic thing that makes one a magician. The best part is no one can make Asta lose his hopes and passion for being the best wizard. As they say, there’s a way where there is a will! Our boy makes his way out with his strong will.

He has a friend and rival, Yuno, a born prodigy, the best in all fields. Our hero gets inspiration from him, and Yuno plays a significant role in being the best version of himself. Asta’s life changes when he finds a five-leaf grimoire (magic book). His grimoire is different from others as a demon lives inside the book.

The anime is full of plot twists, and you’ll also learn why Asta got his grimoire and what his true powers are! Asta starts as weak but becomes OP with time. He shocks everyone not only on screen but off screens as well.

Bleach is a member of the BIG THREE Anime. Bleach is known for its action, gorgeous characters, humor, plot twists, and whatnot! Ichigo Kurosaki is an ordinary student whose life changes when a death god (Shinigami) named Rukia temporarily gives him her powers.

She was injured and couldn’t fight the monstrous hallows, so having no choice, she had to lend Ichigo her powers. That was the moment that changed the boy’s life. As it was not allowed for a shinigami to transfer his/her powers, so Rukia welcomed some troubles. The higher members of the soul society decide to punish the death god.

Meanwhile, Ichigo is trained by a mysterious man, Urahara Kisuke, to master his shinigami powers. Ichigo goes to save Rukia from the punishment, and then BOOOOM! A series of spellbinding and thrilling action sequences begins that will win your heart in an instant. The plot keeps progressing with the addition of different plot twists.

First, Ichigo became an overpowered character, and his powers increased to the point where he could not control them. This is one of the best anime with plot twists, and trust me; you’ll love it. Though the start of the anime is pretty slow-paced, once Ichigo enters the soul society, the story becomes epic! Besides, the animation quality also increases with time. In short, one of the best seinen anime of all time.

5. Classroom of the Elites

This is a different story with no superpowers and stuff. The story begins with the selection of some brilliant students in an elite school. The school is far from the ordinary, with unique rules and regulations. On the first day of school, the students get a huge amount of money in the form of points.

These points could buy anything they wanted. The teacher didn’t explain anything about them. Students took the points for granted, started spending them, and finished all the money within the month. After that, the Students’ behavior changed, and they never bothered to study seriously.

Among these students, Ayanokoji, the main character, was also selected. He never participated too much but rather stayed reserved. At the start of the next month, the students didn’t get points, and it was then revealed that their class lies on the worst list. Therefore, they must pass the tests by beating the competitor classes to earn their reputation.

Classroom of the Elite is full of plot twists; therefore, don’t expect anything from any character! The anime is popular for its animation style, and the story only adds to the popularity with its intriguing elements. Besides, it’s a short anime, so it won’t take much of your time.

Blood C should be on your list if you are looking for an anime to binge-watch. Saya Kisaragi is the main protagonist, a student, and a monster slayer. During day time, she lives her life normally, but when the night starts, she goes to slay the deadly monsters.

Saya lives with her father, and her daily life is about going to school, spending time with friends, and slaying monsters! Her father is the shrine’s head and has trained her in swordsmanship. She fights the monster because she believes they will harm humanity in one way or the other. However, different monsters say something to her which puts her in doubt.

The anime becomes confusing in the middle, and we get perplexed about the story. However, when the plot twist unfolds, it steals the show. The plot begins with suspense and even ends with a cliffhanger ending. The anime is a blend of mystery, action, and much more. So if you are here for anime plot twists, this should be on your watch list just like other anime with a vampire MC!

Another is the best when it comes to horror mysteries. The story begins with Sakakibara joining the school and immediately getting attracted to a girl named Mei Misaki. The girl wearing an eye patch is as mysterious as one can imagine. She warns Sakakibara to stay away from her, and everyone avoids him whenever he tries to inquire about her. However, his curiosity started increasing, and things began to become serious with the sudden deaths of students. These were the students who tried to reveal Mei Misaki.

The suspense level rises at the top and ends with a plot twist. Who is Mei Misaki, and how is she related to the sudden demise of students? These are all the questions you will have to find answers to.

Unfortunately, I can’t reveal much about the story even if I want to! The reason is simple, it’s a short anime full of plot twists, and if revealed here, there will be no fun for you to watch! So, my lord, you can thank me later! (XD)

Naruto is among the BIG 3, so it had to be the best without any reason. The Naruto fandom can’t get over this masterpiece, even after it is completed. The plot, the action, the life lessons, the character development, and, of course, unlimited twists and turns make this one of the best anime with plot twists and best completed anime.

The story began when Naruto was a kid who everyone hated. He was the kid who never experienced love due to the nine-tailed fox monster sealed inside him. However, his life changed when Iruka Sensei believed in him, which significantly made him the hero we all know.

The start of the anime focuses on Naruto’s loneliness and his weaknesses as a student. There was a time when he was so weak that creating a shadow clone was a tough task for him. Then there also came a time when he created his army of shadow clones. This anime is the journey of the protagonist changing the lives of people on screen and off the screen with his beliefs and unpredictability. The story progresses with the entry of antagonists. One can’t judge the main antagonist and the series’ mastermind until he/she enters the scene.

Masashi Kishimoto is the legend who has remarkably developed the plot of Naruto! No one could guess what the next plot twist would be! Plot twists, hair-raising experiences, and detailed character designs; if you want all this, then Naruto is a must. It will give you chills and thrills throughout!

This one is like a given on the list for many reasons. First, Attack on Titan is a legendary anime that maintained its position at the top as a record-breaking series for years. The same is the case with all of its releases, not just one or two volumes.

The manga has a separate fandom and is loved immensely by otaku worldwide. The plot is set in a post-apocalyptic world where the fear of human-eating giants, aka Titans, rules the world. As a result, humans have built huge walls around their living communities to protect themselves.

Imagine some giant titans who feed on humans entering a world of no superpowers and all. The terror the starting episodes creates is oscar-worthy. Eren Yeager is the story; ‘s main character who loses his mother in a Titan attack in the first episode. Afterward, he and his friends join the military to train against the giants. Ultimately, the story begins with Eren Yeager transforming into a titan himself and many other characters joining the list.

AOT is filled with plot twists and suspense; one couldn’t have imagined a certain character would be the antagonist. The final season of AOT is yet to come, so watch before the anime ends. Otherwise, spoilers will be everywhere, and your fun will be ruined. The terror and horror this anime creates right from the start are fantastic!

All of the anime mentioned above is full of plot twists, mysteries, and suspense. I am sure they all give you a worthwhile experience. If you have already watched some anime from lost, then mention your experience in the comments without any spoilers (XD).

Okay, so, unwillingly, we will have to end our discussion here! Let’s meet again with some other cool recommendations! I will see you again soon with something new, till then, have fun reading.