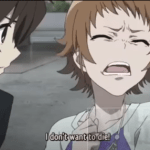 These days there are hardly any anime that are without fan service. It has become pretty common. Though the only purpose of the creators is to entertain their viewers, it is not the case for everyone.

Some individuals like me can’t enjoy the story with fan service. So, don’t worry, guys; I am here to recommend some best anime with no fan service that is worth watching. Here we go!

Do you like short anime full of mysteries and constant thrill? Erased is one such anime that wins hearts with a few episodes. The time travel of Satoru Fujinuma, the main character, adds more charm to the suspense. The story begins with him living his ordinary life until he witnesses his mother murdered brutally.

Not just that, he was accused of murdering his mother. He ran from the police, and suddenly, he found himself back in his school days when he was just a kid. The good part is he remembers everything, and now he tries his best to save his classmate who lost his life due to a murder.

With each passing moment, several twists unfold! Satoru learns that this murder is somehow connected with the murder of his mother. The story is absolutely fun, and there is no way one feels bored while watching. Erased is an entertaining anime with no fan service. So, rejoice! The story-building while keeping the audience thrilled is award-winning. The anime is so unexpected at every turn that your mind will fail to keep up with the guessing game.

I am sure we all have heard about this anime, haven’t we? Mob Psycho is loved globally, and the news of its new season recently took the internet by storm. He has some crazy psychic powers, and apart from being a student, he works as a part-time spirit exorciser.

Mob lives a hard life trying to suppress his powers but has no other choice. The only fun in his life is his crush, and he tries his best to impress her, but sadly he fails most of the time. There will surely be a comedy, so you will struggle to stop yourself from laughing sometimes.

Other than that, this anime is action and supernatural-focused. At first, it does feel boring, but when you watch the first episode, you will binge-watch the rest. Its animation quality looks weak but trust me, guys, this is not the truth, and you will realize it after a few episodes.

The animation creates a good feeling in the story! The author of this anime and One Punch man are the same, so I believe now you know this one is a masterpiece!

What to say about this epic anime? I enjoyed every bit of it, and it successfully kept me entangled with its thrill and suspense. The plot revolves around the three orphan kids, Emma Norman and Rey, and how they fight the evils with their sharp minds.

As the protagonists are kids, it makes it clear that this is an anime without fanservice. The story takes place in an orphanage, and one can find it mysterious at the very start. All the kids have some special numbers tattooed, making it very odd.

Everything is perfect; their caretaker Isabella aka Mama, is the love and life of all the kids. However, after a few months or a specified time, one kid is sent out of the orphanage for certain reasons. It is believed that they get adopted. Things were going safe and sound till there came the time for a kid to leave the orphanage.

Emma and Norman followed the kid secretly to give her the toy she left in the orphanage. When they reached the gate, they saw the dead body of their fellow being eaten by a MONSTER!!! The night became their nightmare when they found that their so-called mama was involved with the beasts.

They were prohibited from crossing the gate, and now they knew why. So, the geniuses decide to escape and, from that moment onwards, start planning to run from the orphanage. Whether they will be successful or not is to be found by you! So, good luck!

If you like horror mysteries, then you are gonna love this one. Another is the one that makes it hard for the audience to guess the real culprit. So yes, you will love the mysteries and thrill. Sakakibara joins the school and finds a girl very intriguing. She is Mei Misaki, the girl with an eye patch!

Her character adds suspense to the story. Whenever the boy tries to get close to the girl, she advises him to stay away. The strange thing was that no classmate wanted to talk about her as if she had never existed. Those who tried revealing something about her died suddenly before uttering a word.

Things keep on getting gripping and puzzling with major twists and turns. Revealing other things would mark me as a traitor for spoiling it, and I don’t want that. A best psychological thriller with exceptionally drawn thrilling scenarios and instilling goosebumps is a quality Another has.

The story is so focused and dark that there is no place for fan service, which makes it perfect. Yes, my lord, this is what you were looking for, the anime with ZERO fanservice!

A legendary anime that brought the anime dom to its knees. Yes. AOT is a rare diamond that will give you hair-raising moments only by talking about it. You are missing one of life’s best if you haven’t tried this one yet.

The anime is set in a world where humans live like prisoners surrounded by big walls. Now they aren’t some old savages to build walls around them. Instead, these walls serve the purpose of shields. They protect them from human-eating monsters, namely the titans, one of the attractions in the anime.

They do not hesitate to shed the humans apart and suffice their hunger by eating them. As a result, Eren and many others lose their loved ones when one of the walls breaks. For Eren, it was the worst because he witnessed his mother being eaten by the giant. He was just a kid and that moment changed his life completely.

After Eren, plenty of human transforming Titans were introduced, and the story became more entertaining. There is a lot of suspense, and the story becomes a little complex, so you can’t skip anything. This is a life-changing anime, and you’ll realize how life changes people. Unfortunately, attack On Titan is very gore and dark. There is no romance and nothing, which surely makes it without fanservice but heart-wrenching at the same time.

Ever heard of Shinigami or death gods? Yes or no, Death Note is the one that will alter your concepts about them in a better way. So much anime like Bleach has portrayed the death gods as protagonists, but it’s not the same here. The fun begins when Light Yagami gets a book named Death note.

The specialty of the book is that whoever name is written on the book, the person will die. It is like a killing machine but needs another to operate it. So light, aka Kira, decides to change the world into the right place by eradicating the evils.

Soon, murders of people started taking place, but there was no proof of the murderer. The new genius character, “L,” enters and vows to find the real culprit. It’s a clean anime full of mystery and thrill. Watching the geniuses plan against each other is just a treatment for the brains.

One can’t resist admiring the author, who has splendidly written the plot with so much smartness. However, Death Note is full of emotions, and I can bet you will find yourself shedding some tears! To know the reason, just give it a go!

This is another clean anime on the list with no fan service. Hyakkimaru and Dororo are the main focus of the story. Hyakkimaru was abandoned by his father in the river when he was a newborn baby. The reason was that he was born without organs, limbs, or eyes but could still breathe.

His father was the reason behind his amputation. A deal with a devil or a demon never ends on a good note. The same is the case here. Hyakkimaru’s father made a deal with demons, and sadly the consequences of that sin were implemented on our innocent hero. Hyakimaru was lucky enough to find a doctor who gave him artificial limbs and proved a reason for him to survive.

As the story progresses, the boy saves a boy named Dororo from some demons. From that moment onwards, Dororo stuck to him like glue, and they went on a journey to fight the demons. Whenever the boy defeats a demon, he will get his lost parts of the body. It’s just an overwhelming experience to watch how Hyakkimaru gets back all the parts of his body one by one.

The harsh life of the MC makes the anime a bit sad, but I am sure you will find the characters and the plot elevating. The anime is full of adventures and activities, and the most beautiful part is the bond between Dororo and Hyakkimaru. It is among the finest of the best of all times, and you don’t need my guarantee for that; the anime speaks for itself.

Conclusion on best anime with no fan service

Okay, my friends, this was it for today. I’ll be back with some more crazy anime recommendations. I hope you found something good to spend your time on. Feel free to watch them all, as they are one of the best anime with no fanservice. You know that you will have to update this friend, who will wait for your review regarding the anime. I will be waiting… Till then, ENJOY!