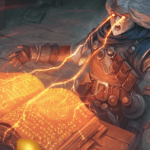 Are you planning on building a new character in Pathfinder? If you think about making a Paladin, you might want to know the best spells for your build. Today, we will discuss the best paladin spells in Pathfinder and rank these according to just how strong they are and if they are useful.

There are many interesting ways to play a strong pathfinder, so much of this ranking is based on our experience and things we saw in games we DMd. Here are the criteria we have used to rank the best Paladin Spells in Pathfinder.

Pathfinder’s spells are divided into various levels, making it easier for players to understand them. Regarding the paladin spells, there are only four levels, and we will discuss here which are the best paladin spells pathfinder offers. Their usability, functionality, and level they fall into.

Challenge evil is a level 1 spell that makes the evil creature come and fight you, or there will be consequences to the target. It is more like a challenging spell that works against the evil, allowing you to have a bonus of +2 sacred on your melee attacks against the one challenged.

In case the enemy being affected by the challenge evil isn’t able to land any strike on you, there will be the sickened effect on them. When you start moving away from the target and are successful, the challenge of evil will end.

When in need, using the level 1 spell divine favor will call upon the wisdom and the strength of a deity, giving you a bonus of +1 luck on the rolls of weapons damage on every three levels of caster and also for your attacks. Make sure you also check out our best two handed weapons in Pathfinder list.

The mythic divine favor allows you to have the bonus of luck on the skill checks and the saving throws. One more thing that changed here is that you can use this on the willing creature. Further, the changes will be of range to touch and touch living creatures from the target action.

Bless weapon is a level 1 spell that gives your weapon a true strike on evil foes. When you apply this spell, there will be a bonus of +1 enchantment bypassing evil creature DR. It is also to strike through the creature that is evil incorporeal.

Also, your weapon will become good, bypassing certain creatures, DR. You can also use it on some bolts and arrows, but using it on the projectile weapons doesn’t have various bonuses of the shooting projectile.

Furthermore, when you use a bless weapon, your critical rolls against the foes (evil) are always successful, making every threat critical. The drawback here is that the effect we mentioned at the end doesn’t apply to the magical effect weapons that are similar to the critical hit, like a Vorpal sword and the keen weapon.

It is a level 2 spell that you can use on your paladin to make it stronger. When you use it, there will be an aura of courage strengthening, and till the duration of this spell ends, there will be fear immunity in that aura area.

On the other hand, if you don’t have the courage class aura feature, there won’t be any effect of the aura of greater courage.

Litany of eloquence is a level 2 spell that limits the target to only listen, making it a fascinating grace diatribe. In simple words, besides being only limited to listening, the target is also affected by fascinated.

The potential danger will provide you with a save, while the obvious danger somehow prevents the fascination. One drawback here is that when someone is targeted with the litany of eloquence, there can’t be any other spell with litany affecting that same target.

It is a level 3 spell that gives you a powerful aura similar to the menace archon’s aura. One trap with the archon’s aura is that the hostile creatures in the range of 20 feet radius have to make a save of will to resist the effects of the aura.

In case the other creature isn’t able to save and fails, there will be a penalty of -2 on the saving throws and attack rolls, and for the spell duration, armor class penalty, or other cases might be that target can hit you with a successful attack.

Once the target can break or resist the effect, you can’t make the target get affected again, particularly the archon’s aura.

Resist energy communal is a level 3 spell that is exactly what it sounds like. Using this will grant the creature protection against its chosen energy type. It can be either sonic acid, electricity, fire, or cold, and the protection is limited.

Subjects using the resist energy communal spell will have 10 resist energy for the energy type. So, in simple words, before getting hit by that specific energy damage, there will be a 10-point reduction on the creature’s hit point.

On the 7th level, there will be an increase in the resistance to around 20 points, while reaching the 11th level, you will have it increase to a maximum of 30 points. The best thing about this spell is that it protects the creation and affects their equipment.

Some things to keep in mind about the resist energy is that it only absorbs damage, and side effects can occur. So there is an overlap, but there is no stack for this protection from energy.

Resist energy communal is similar to the original resist energy; the only difference is that the 10-minute duration intervals are divided among the touched creatures.

Delay poison communal is also a level 3 spell that is somewhat the same as the resist energy, and the only thing that changes is the resistance part. Here, you are immune to poison but for a short period.

While using the spell, the creature is immune to any kind of poison for the duration until it expires. Remember that it doesn’t cure any type of poison damage done to you before using this spell.

Delay poison communal is similar to the original delay poison, and the only thing that changes is the interval. Here, the 1-hour interval or duration is divided among the touched creatures.

Here we have a level 4 spell called eaglesoul that helps you in your battle against evil. After using this spell, you call upon a good outsider that will help you fight the evil specifically.

Furthermore, there will also be a bonus of +2 on the checks of initiative, along with a constant spell gain of detect evil. One more bonus here is that you get a chance of calling a holy surge of power once per use of eaglesoul.

When you call upon this surge, you will have swift action, reducing the duration of the spell that remains, making it the same as the round duration. If you have some left, the rest of the duration will give you the following benefits;

One thing to notice here is that the power surge can be activated on evil, but once any evil outsider comes near you, it will open automatically. So whether you recognize that outsider, you are hitting that outsider or not, that surge will activate as a free action.

There is no prohibition for the non-good, but once any non-good uses this spell, there is a sickened effect on themselves, or there might also be staggered effect for the duration of this spell.

The holy sword is a level 4 spell that calls upon the holy power and embeds it into the weapon or the weapon of your choice. There will be a bonus of +5 holy and a magic circle against the evil effect.

If the evil circle effect somehow ends, the holy sword will make a new circle effect for you, but that one is a free action. 1 round is the limit after weapons get out of your hand; after that, the spell cancels automatically.

The limitation is having only one holy sword at a time and not more than one. Using this spell puts on the effect only on the magic weapon and supersedes that of the weapons.

It is not cumulative with the blessed weapons or the modification spells for weapons.

Another thing to remember is that it only works on weapons and not the artifacts, and the masterwork bonuses of the weapon don’t stack with the other bonuses of enchantments.

Tip: make sure you also check out our list of best Cleric spells in Pathfinder!

Well, that was all the best paladin spells Pathfinder has to offer. There are surely some other spells that players might recommend, but in the river of all those spells from level 1 to 4, here we have the ones you won’t feel like wasting your time on. They won’t waste even a penny and a second of your precious time.

You might also be interested in reading more about the best professions in Pathfinder! Make sure to let us know if we missed one or if you have an idea for a guide for us!