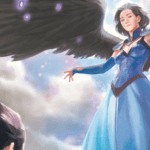 Are you planning on building a new Pathfinder character? If you are putting together a cleric, you will need to consider what the best kind of spells are for your character. Picking these are going to help a ton in fighting monsters, roleplaying and helping your party.

We have ranked the best spells for a Cleric in pathfinder according to a few criteria. These are the following:

Pathfinder will find various levels for spells (ranging from level 1 to 9). This division allows the players to quickly decide whether they are looking for beginner levels or higher levels for certain cleric spells. Below is a list of top cleric spells where we describe that spell, what it does, and the level it holds.

Just like in our popular best feats for a cleric in pathfinder article, we tried to make a good mix between the classic obvious picks and spells for clerics we think are underrated.

Enhanced diplomacy is a level 0 spell that allows the subject to be imbued in the skill of divine diplomacy. Furthermore, there is a bonus of around +2 competence for each check of intimidation or diplomacy.

There is a choice of using the bonus on the roll turn before making the roll.

It is a level 1 cleric spell that forbids the target to a single course of action. In a few cases or options, you can also demand not to take action from the target. These cases are;

The target can take actions that aren’t forbidden by the caster.

Greater forbid action is similar to the forbid action, but there is one thing that makes it unique. You can affect only one creature with each level, and each of the creatures you are targeting must have forbidden action. The requirement here is;

Ghostbane dirge is a level 2 spell that is quite strange, considering its name. But, regarding usability, it is one of the best clerics spells pathfinder offers. The simplest definition of this spell would be that it turns you into a ghost for only a short period.

The target of ghostbane dirge converts into a semi-physical form. When subjected to this spell, incorporeal creatures will take nearly half of nonmagical attack from damage and full damage from the spells, supernatural effects, effects like spells, and magic weapons.

Mass ghostbane dirge is also just like the ghostbane dirge, but you can target only one per level and no two who are apart nearly 30 feet from each other.

It is a level 3 spell that gives you a surge of two races having ancestral power. For the most part, with paragon surge, you simultaneously have the strengths of both humankind and the elvenkind.

You turn into a combination of both these races, being much better than them alone. This effect is referred to as the polymorph effect, where the form itself doesn’t differentiate while you have the abilities changed.

On the first day of the paragon surge cast, you will have to select a specific feat, and the choices you make afterward depend on that feat.

As the name suggests, this level 4 spell causes an infestation of worms that aim for the target flesh and manifest it. For this, the target is forced to go for the save of fortitude on each round.

If a failure occurs, there will be 1d6 hit-points and dexterity damage of 2 points while also getting staggered but only for one round.

On the other hand, if the save is successful, there will only be sickened for one round, while the effects of dexterity damage are removed. Sickened is there in exchange for the stagger.

If someone has to remove the fleshworm infection from the early stage, they can simply go for the healing or the removal disease. You can use protection from evil and dispel evil to end this spell and completely negate it.

With this level 5 spell, you can shatter the bones of your target. The exoskeleton or the target’s bones start to splinter, doing damage of around 1d6 points on each level of the caster, while the maximum you can reach is 15d6.

There is also exhaust to the target that is 1 minute on each level of the caster due to the pain and the transformation. If the target successfully saves, the damage taken is divided in half, and exhaust is exchanged for fatigue.

Objects made up of material similar to bone and chitin have half damage taken, and there is no effect on creatures made up of skeletons or hard carapace.

Eaglesoul is a level 6 spell that calls upon an outsider that will aid you in the battle against evil in pathfinder. The purpose of outsiders is to give you some portion of their power, making you fight better against evil enemies.

Only once in the cast duration can you call upon a holy power surge that demolishes evil. If you use this, there will be a swift action that reduces the spam of spell duration, making them equal to the duration of the round. There are other benefits as well, like;

You can activate it against any evil, but it will automatically apply when there is an outsider evil, irrespective of whether you hit or not, recognizing or not. Still, the only thing you need to make sure of is that the other is an outsider evil. For such, it is a free action instead of activation.

Being so dominating spell against evil, there is a drawback. Spellcasters who are good can cast it, but the penalty is they will get sickened or staggered.

Level 7: Bestow Grace Of The Champion

Bestow grace of the champion is a level 7 spell that channels the power of law and good in the target, providing the target with some powers quite similar to the paladin.

The bonus you get is the charisma on all the saving throws, allowing you to use the spell trigger, magic items similar to the paladin, and spell completion. There is a timer, and when it runs out, the spells also expire.

Stormbolts is a level 8 lightning spell that throws lightning from your body, going in nearly all directions around you. You can also exclude the creatures you don’t want to be affected. Also, this spell doesn’t work on natural vegetation.

Besides this, all the creatures within a certain area around you will take the effect of 1d8 electricity damage points, depending on the level of the caster. The maximum it can go is around 20d8 points; when hit by it, they are stunned for a straight one-round.

On the other hand, when there is a successful save, there will be half the damage done, and the effect of stun is completely neglected.

Finally, we have a level 9 spell by the name of polar midnight, one of the coolest spells you can use with the cleric in pathfinder. Using this spell plunges the whole area into arctic night brutal chills.

Further, the illumination conditions are two steps dropped, and the creatures within the range will take cold damage of around 5d6. Finally, there is further per-round dexterity damage of 1d6 points.

If there is a successful save a round for the fortitude, there will be neglect of dexterity damage. Still, the cold will be there. On the turn, if the creature doesn’t move, it will be covered in a sheath of ice similar to the wall of ice and becomes helpless, unable to breathe.

If the corpses are present in the area for one or more rounds, they will be converted to solid ice, and in case the corpse is to be revived, the requirements are a miracle, wish, or true resurrection.

This spell is a move-action spell, and the range can be shifted 10 feet from every direction beside you.

Well, here we have the list of the best cleric spells pathfinder offers. This list contains all the spells considered best by the players, ranging from level 0 to level 9. There are surely other spells (which are quite a lot to mention), but these are worth your precious time.

Here are a couple of other interesting guides you might enjoy: