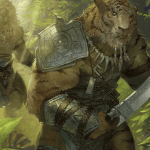 Common does not mean bad. Sometimes your party is on a budget and can’t afford to go on a shopping spree to get some rare and mythical items to get you out of the next pinch. Mundane items in Pathfinder can be extremely useful if you know how to use them correctly. In this article, we have pondered about all the (hundreds) of mundane items in pathfinder and picked the best 10 out of them. We have used the following criteria:

Let’s check out ten exceptional mundane items and what we think are some of the best ways to use them. This list is not necessarily in order, as we will go from 10 to 1 and give you a way that makes sense for their usefulness.

You can make an argument that any of these are more useful than any of the others. These are just overall Ten Best Mundane Items Pathfinder, in our opinion.

Starting with number 10, we’re going to talk about wagons. This also covers carriages, carts, Chariots, sleds, and any transportation like a wagon. Now, these range from about 15 to 250 gold pieces depending on what you’re going for.

If you take away 400 pounds for the wagon’s weight, that leaves 950 pounds that you can carry, and this is only with one draft horse. If you spend another 50 gold pieces for a second draft horse to pull your wagon, you’re looking at an additional 1350 pounds.

This should be more than enough to carry everything you need, which is surprisingly very useful. You can carry all the junk you want or need for adventuring, including many of the items you’ll find on this list of Best Mundane Items Pathfinder and all the loot you get.

This also allows you to let some characters take rests while others continue to travel from location to location or Lock and need a short rest to get their spell slots back. They can take a nap quickly in the back of the wagon while the fighter drives it.

Also, how funny is it to be a bunch of adventurers with a wagon filled to the brim with loot and trinkets.

A suprising number 9, but one that has many practical uses. The absolute best way to use poles is with the pull of collapsing (a common magic item), which isn’t in the mundane category.

Still, it becomes mundane, allowing our 10-foot pole to collapse to 1 foot for ease of carrying it around. The 10-foot pole is still super helpful and cheap, coming in at only 5 copper pieces.

This is a classic Pathfinder item, and there’s a reason for that, it has a ton of uses. You can check for traps with it, vault over obstacles, use it to wedge doors shut or slow down the slowly descending roof traps that DMS love to put in their games.

Number 8 in our list of Best Mundane Items Pathfinder will be oil. At one silver piece per flask, it’s pretty easy to have a lot of this stuff on hand, which can be advantageous.

It can be used to create and fuel light sources, coat the floor to make the floor slippery, and do different damaging effects. For example, when splashed on a creature, the next time they take fire damage, it’ll deal an additional five damage to them and you will make your wizard jealous that you can use fire too.

You can also splash it on an area and then light it on fire to deal five fire damage to any creature entering it for the next two rounds. It’s also a lubricant to oil hinges and makes them more manageable or quieter to open; it’s very useful for the rogue in your party. Often overlooked, but useful!

Something pretty basic but super helpful is empty vials. These cost one gold piece each but will inevitably be something your character needs in every day adventuring.

They can be used to store liquids for later use and identification. That means poisons or magical water from strange, mysterious wells, the blood, venom, or other fluids from slain monsters that could be used for alchemy or people’s blood.

Next is the portable ram or crowbar, as these serve similar functions. A portable ram costs 4 gold pieces, and a crowbar costs 2 gold pieces. Again, you don’t need rogues to get through doors. All you need is one of these two.

A portable ram will give you a + 4 bonus to break down a door, and if you get someone else to help, it’ll be that + 4 and advantage to break that door down. So crowbar will give you an edge and is also a bit lighter.

Chain and Lock are the two things that go well together hand in hand. A chain costs 5 gold pieces for 10 feet, and a lock is 10 gold pieces. The chain is tough to break in the game. You have to pass a DC 20 strength check to die, and even the most basic Lock is a DC of 15 with thieves’ tools to pick.

In simple words, whoever was trying to pick it had Lock pick ability, to begin with. This can be used to chain up prisoners, chain shot particular doors, or pull items from a distance that may be too heavy for rope.

Now we will talk about chalk at one copper piece per chalk. You can get a lot of chalk for very cheap, and it’s surprisingly a valuable tool in your adventuring arsenal.

You can use it to mark your path in a dungeon to save you from getting lost; you can leave a message behind if you are silently scouting ahead for your party; you can even crush it into a powder and then throw that in an area where you believe an invisible enemy is to outline them.

This can be avoided by moving at half speed but will still slow people down. Caltrops work similarly but a little differently. They cover a 5-foot square and require a DC-15 deck save, or it stops the movement of the creature moving through it, and they take one damage.

This reduces their speed by 10 feet until that one hit point is healed. Of course, they can also avoid making this check by moving half speed, but either way, it serves its purpose of slowing people down.

Both are super useful as an obstacle to enemies at important entrances or to throw behind to cover your escape. There is also unique usefulness, specifically with ball bearings, because you get so many of them for a single gold piece.

You can use ball bearings to check many things, and there are countless opportunities with 1000 in a bag. For example, you can toss them out to try and trigger traps that may or may not be ahead of you in a dungeon; you can toss them down a hole to see how long it takes for them to hit bottom, and you can toss a ball bearing in water from a reasonable distance guess or disturb the surface to see what sort of monsters rise out of it.

2. Hirelings (yes, we are stretching the definition of items)

Hirelings are mundane items in the very broadest and slightly psychopathic sense of the word. Yes, we are talking about these NPCs as if they were items. Hirelings are massively underused and exceptionally useful items that you can get for two gold pieces per day on each hireling.

You can get skilled hirelings to do your bidding; for unskilled, it’s two silver pieces per day. That’s five schmucks to work for you in return for a single gold piece per day. The uses here are nearly endless as well.

You can hire a group of those schmucks to get pretty much any large-scale task done efficiently for you. Are you looking for an individual? Hire a couple of guys and just have them wander around looking for someone with that likeness.

Are you trying to patrol an area and call out trouble? You can hire some of these guys and just let them know if they see anything to raise a ruckus. They can also be used to create distractions, start bar fights, and stuff that gives you the upper hand in an encounter.

Skilled labor is a little different and should be used more selectively, but it is also super useful.

Hirelings can assist in many more specific tasks, like repairing gear, crafting gear, or even researching information if you hire a skilled library researcher.

One of the most valuable and criminally underused items is a healer’s kit for only five gold pieces. The healer’s kit is a literal lifesaver. It’s simple; each has ten uses and allows you to utilize each as an action to stabilize a player.

It gives you a cantrip that only certain classes can get as the spare dying cantrip and puts it around to anyone who wants it single action, and the person is stable at zero.

This will save lives in your party and should be bought by at least two or three people in the party that have access to them.

Well, that’s all on our list of Best Mundane Items Pathfinder. You need to get many more, but this list mostly covers the most important ones overall. You can check out the list to learn about these items and their usability to help you start the Pathfinder journey. If you are a wizard, check out our list of best items for a wizard in pathfinder!