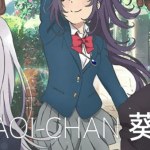 Romance manga is adored globally, and the main reason is the character design of the main leads. The characters are so perfectly designed and written that it’s only possible to find them in the manga only.

Shoujo manga has always been the favorite of many otakus because of its charming characters and fiery chemistry. Papillon is a popular manga that highlights the romance between a shy girl and a cheerful boy. Hana and Ageha are sisters that almost look the same. Ageha is a very nice, shy girl growing up with her grandmother, while Hana is the opposite. At high school, Ageha started living with her parents and Hana.

In school, the shy girl finds her childhood love, Ryuusei, and with Hayato’s help, she gets reunited. Things turn worse because of Hana’s jealousy; however, everything happens for a reason. Love starts developing between Hayato and our female lead. This is a very cute romance manga if you want lots of kissing.

Bad boys with good hearts are always charming, and their love life is ideal for many. Kurosaki is one such guy who is famous as “the black devil.” Bullying others is his hobby, and many fear crossing his path. On the other hand, Akabane is our female lead, who is a daring girl. She has a crush on Shirayuki, who is, unfortunately, Kurosaki’s best buddy.

In an attempt to save her crush from a dispute, she angers Kurosaki and becomes his target. That’s how the fiery chemistry and romance between the two began. Akabane was the only girl that intrigued our boy, and he couldn’t miss any chance to leave her alone. But, of course, his way of reaching out to her wasn’t ordinary. This is one of the best on this list of Romantic Manga with lots of kissing, and you’ll love it!

Misao Harada is not an ordinary girl because she can see demons. The concept of ordinary life was not something she knew. Luckily, she has memories of a boy who protected her from a horrible incident. Time flies, and Misao is now a high school student with vague memories of a hero who once saved her.

After the incident, she started loving deeply but had no idea about the boy’s whereabouts. Her love life begins when a new neighbor saves her from a demon attack on her birthday. It turns out the neighbor is none other than Kyou, her longtime crush and savior. This incident marks the beginning of some sweet romantic moments with twists and turns. There is a high dose of romance in this manga so beware! (XD)

The boy is notorious for being the rudest guy. Things become worse after an argument; our girl cuts his hair. Her courage was amazing, but it welcomed some problems in her life. Kyouta vows to teach her a lesson, and at the cost of his hair, he wants her body in return.

Tsubaki is not easy to deal with, so she decides to pay the cost by making his hair look beautiful. Kyouta likes her attitude and vows to be her man by hook or crook. However, romance begins soon when the boy shocks Tsubaki after kissing her out of the blue.

Yuzuru and Kai are the main leads of the story that entertain the readers throughout the end with their infinite kisses. They are both high school students, but their school system is very weird. Their system revolves around creating ease for rich students.

The higher-ups choose their assistants to facilitate the rich students, and Yuzuru is Kai’s assistant. In return, the assistants would study free of cost. But, unfortunately, our girl didn’t want to be Kai’s assistant as everyone started calling her Kai’s honey.

However, she doesn’t have any choice except to take the job. Rich guy stories are still equally enjoyed globally, and if they involve romance, what else does one want?

Do you like romance with age gaps? Well, many believe that AGE is just a number! Rise is our female lead, just 17 years old, while Hiroomi is her childhood buddy and a lawyer. He is mature and wants no romantic closeness with Rise until she graduates.

However, Rise is a desperate girl who doesn’t want to wait any longer. The age gap and maturity level are loved in this manga. If you want something different than usual, I am sure you’ll enjoy it. The art and character development are good. Though it’s not the best, it’s not bad either.

Vampire love stories never get old, and that’s their power. They are admired for several reasons, where romance comes first. Vampire Knight is an admired manga for almost everything, be it its captivating characters, romance, emotions, etc.

The plot is a love triangle involving a not-so-ordinary girl, Yuki, a vampire, Kaname, and a vampire hunter, Zero. To top it off, they are all high schoolers, so get ready to see some sparkling school romance. In this love triangle, both the boys want one girl, but one can’t ship any couple from the beginning.

Everything is unpredictable in this manga, and the reader can’t judge who will win the lady. The best part is it is a romance manga with a lot of kissing and stuff, so it won’t bore you. The story progresses with different twists unfolding, which lead to conflicts and romance hand in hand.

Machida is our female lead who is mature, responsible, and selfless. Being the eldest sister, she knows how to sacrifice herself for others. Her boring life starts to get entertaining when she becomes the basketball club manager.

Shou Naruse is one of the team members bold enough to kiss her out of the blue. He is very cold and shows no emotions, which makes him charming. Machida’s life becomes a little harder whenever Shou is close to her because he doesn’t give a dang when expressing his desires.

Well, let me warn you, the manga contains a lot of romantic moments! The art is simply charming, and the way the writer has made efforts to make the characters look gorgeous is remarkable.

Tamaki is our female lead whose life gets tougher with each passing moment. Her mother’s death made things tougher as she was alone in a dark world. Then, her mother told her about Shinga Otori, and having no choice; she visited the Ootori family.

Shinga is a spoiled rich brat who instantly declares Tamaki his wife and starts getting intimate with her. The romance progresses fast, and this is a rich guy romance manga with lots of kissing. The art is good, and one can’t do anything except admire the beauty the author has added to it. The character development is very good.

When destiny plans to fill one’s life with romance, nothing can stop it, which is what happens with our Hiyo Osora. Miraculously she is accepted into the SM academy, even without applying. However, she failed the other entry tests, so she had no choice except to study there.

Life goes exactly opposite to her expectations when she learns that the academy is not an ordinary one. The academy is full of monsters; to top it off, the student council president declares Hiyo his fiance. Now, would Hiyo be able to get herself freed from him or not? I am sure some of you must have guessed already what will happen to Hiyo but let’s keep it a secret for others! 😉

It doesn’t solely revolve around romance as the author has made sure to entertain its readers with comedy!

Sometimes love triangles annoy, and sometimes, they pave the way for the main leads to be closer than ever. Cherry Juice is a love triangle involving Step siblings Otome, Miname and their friend Amane. Everything was running pretty smoothly in their lives till Amane expressed his feelings for Otome.

Since the leads are step-siblings, their relationship is always messed up. On the other hand, Amane never hesitates to get close to Otome, even without her consent. Feelings mess up as tensions develop among the three. The unwanted mess of feelings made the three realize what they felt for the other. I recommend this romance manga to those looking for unique stories where relationships aren’t easy.

Shin Nitta is the male lead whose life has just become happier after winning the lottery. However, the happiness couldn’t last long when he became indebted. Only one condition, if fulfilled, can make him undo the debt. He has to befriend a rich girl named Kanako.

Shin thought that just befriending her would solve his money problems. However, things turn out of his expectation when Kanoko reveals herself as a girl full of lust. Shin had no choice; he must agree to whatever the girl said but whether he agreed or not is to be found by you. The first volume is quite good because it gets intense with time. Just a heads up, this one has a lot more in store than simply kissing.

Conclusion on manga with a lot of kissing

Okay, fellas, this was all for today. I hope you will enjoy reading most of them. All of them are very much popular Shoujo manga! I bet you must have read at least one of those mentioned above. And I am eager to know your thoughts on them. So take care till we meet again, bye!