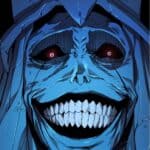 There are a ton of light novels coming out every year. Some are great, some are just plain bad. Recently, I finished Arifureta, and I absolutely loved it. The whole revenge plot, going from weak to strong, and leveling up in a dungeon was entertaining throughout. So I went looking for more light novels like Arifureta to enjoy. Here are my suggestions!

Arifureta Shokugyō de Sekai Saikyō or ¨From Commonplace to World’s Strongest” is one of the most popular light novels around. If you are interested in reading novels like it, you have come to the right place. In this post, I am going to completely ignore the absolute train wreck that is the anime and concentrate on the light novel and elements from the plot of the book alone.

Arifureta is about a Japanese high-school class that gets summoned to a fantasy world. Our main character Hajime Nagumo is an otaku, so you can imagine being in a whole new place shakes him up pretty badly.

Unfortunately for our MC things only get worse. While his classmates get awesome abilities, he gets a seemingly horrible transmutation skill. Having been an outcast, even before they got transported, makes everything much worse. Our weak MC gets bullied and gets dropped to the bottom of the dungeon due to a betrayal from one of his classmates.

To determine if Light novels are similar and good, I have a couple of requirements that they must fulfill before I recommend them. Arifureta is a weak to strong light novel with dark fantasy and revenge as its main motivational drivers for our ¨hero¨. The characters need to get strong after being considered to be weak. I prefer it if there isn’t a childlike MC that has never talked to the opposite gender.

Junpei Takeda is bullied by his classmate, Kido Shouta. Our story takes off when Kido is bullying Junpei again. All of a sudden they and the childhood friend of Junpei (Noriko Tatsumiya get summoned into a new world. Why? Because God felt like it.

The summoned heroes get stats that make them far stronger than anyone else. However, Junpei finds out that his abilities are lower than the average inhabitant of this world. Soon after being summoned, Junpei gets tricked by Kido and Noriko and is left for dead in a dangerous labyrinth.

Dungeon Seeker is a very similar light novel to Arifureta. The light novels both have betrayal and a weak to strong MC as their background and story of how things came to be.

There is a very real survival of the fittest element to surviving in the dungeon. This makes Junpei slowly lose his humanity and get more and more cruel and bitter. The books involve quite some gore, but not in a disturbing way, and it adds to the plot. There is also a manga adaptation of Dungeon Seeker with some pretty amazing art! This is the most similar light novel to Arifureta I have come across so far.

The story revolves around the strategy game Dungeon Attack. The goal of the game is to become a hero and take down 72 demon lords. Our unnamed MC manages to beat the game and gets a survey sent to him by the game developing company.

After filling in the story, he is transported into the game and reincarnated as the weakest of all Demon Lords, Dantalian. The year is 1505, or 10 years before the game has started in the original world. Can he stop the hero from killing him?

This is a Korean light novel, so the writing style and terms are often a little different than Japanese ones. While not as similar as the other books on this list, I am sure you will enjoy it. It is clearly part of the dark high fantasy genre and has many races, classes, and monsters.

There is also the fact the MC goes from very weak to extremely strong. While not a complete pushover, as our hero? As a demon lord, he still has quite the power gap to make up. If you are looking for a light novel with a smart and dark MC that is quite evil, you will love Dungeon Defense.

Also named Elven blood, the summary of the premise is the following: The story starts off with the main character living a peaceful village life until one day the Elf nation attacks.

The horrific invasion destroys his home and ravages his life. His family is put to death, while all he can do is watch. Driven by hate and revenge, our main character loses his humanity and wants vengeance. The elves strive to enslave the human race.

Senketsu no Elf is dark fantasy at its finest. The protagonist is an anti-hero in the truest sense of the word. Another thing I loved about this light novel is that the hero isn’t a total clump when it comes to girls. There is quite some gore involved and graphic scenes.

You will have quite a hard time finding a plot line that is darker than this one. The world-building is great, and the characters are really well written. Elven Blood is a very underrated book that you should try if you are into dark themes!

4. The Death Mage Who Doesn’t Want a Fourth Time

Hiroto has been down on his luck for as long as he can remember. On a boat trip with his classmates, things go from bad to worse. He dies when trying to save a girl who is little more than a stranger to him. When he meets the god of reincarnation, he gets a second chance to live.

Unfortunately, his life is even worse and he dies again. God reincarnates him again but doesn’t want Hiroto to live long. Hiroto becomes a dhampir. Which is a mix between a Dark Elf and a Vampire. He is determined not to die this time.

The tragic past and dark theme of the story make for a great novel! The MC is also quite special being a non-human character. This is a very slow-paced, but very entertaining coming-of-age story where the MC starts off very weak but slowly but surely becomes a lot stronger.

I like how the allies of the MC are undead and considered evil beings in this world. The magic system is quite fun too. The Death Mage is definitely a great pick if you want to read a good light novel that is similar but still quite different compared to the light novel Arifureta.

¨The gate¨ has opened and now Earth is connected with a world filled with monsters. Some people of our planet decide to become monster hunters in the world beyond the Gate. One of these hunters is Sung Jin-Woo, a lowly level E-hunter.

He fights in the worst and lowest level dungeons, where monsters are the weakest. One day he and a party find a secret door in a D-rank dungeon. To his horrors, the door leads to a place where he stands no chance of survival. Can Sung Jin-Woo make it out alive and become one of the strongest S-rank hunters?

Solo Leveling, as you might have guessed from the name of the MC, is originally written in Korean. There is also an anime in the making. The story is about an underdog trying his best to become the strongest in the world. Let me say, I am in love with the first volume.

This isn’t a reincarnation or transported kind of story, so it is quite original from that point of view. I love the quest-driven system, and the MC is quite likable. There are a lot of video game aspects in the novel that I really love. The book has some adult themes, and some very interesting monsters you haven’t seen anywhere else!

Do you have any more recommendations for light novels like Arifureta? Let us know right here in the comments!