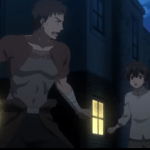 Of the different schools of magic that a spellcaster can choose, The School of Evocation has the highest amount of pure damage spells out of all the others. From the simple but highly effective Eldritch Blast to the immensely powerful Meteor Swarm, these Elemental spells can mop the floor with many enemies standing in a spellcaster’s way.

However, even the mightiest of warriors must start somewhere, and thus the Guiding Bolt 5e comes into play as one of the first choices for a 1st level spell in the Evocation School of Magic.

What is Guiding Bolt 5e: mechanics and requirements

A flash of light streaks toward a creature of your choice within range. Make a ranged spell Attack against the target. On a hit, the target takes 4d6 radiant damage, and the next Attack roll made against this target before the end of your next turn has advantage, thanks to the mystical dim light glittering on the target until then.

At Higher Levels: When you cast this spell using a spell slot of 2nd Level or higher, the damage increases by 1d6 for each slot level above 1st.

For a 1st level spell, the 4d6 Radiant Damage that this spell can deal toward an enemy is quite powerful without upcasting it, especially for a low-level caster. Furthermore, having this much damage for a low-level spell gives the spellcaster with this in their spell list more incentive to use it during combat to make the fights go faster through a higher damage output.

It has the 3rd highest damage output capability out of all of the 1st level spells, with only Hellish Rebuke and Inflict wounds being the only two with a higher maximum damage total. With that in mind, Guiding Bolt is a recommended spell for those wanting to dish out easy damage against their foes.

As with any spell that gives the caster the ability to upcast it in exchange for a higher spell slot being used, Guiding Bolt adds d6 for every level past 1st level that the spell is upcast to.

The maximum for the Paladin and Warlock is 5th level which amounts to the caster rolling 8d6 or reaching maximum damage of 48. Such a high amount of damage being thrown out at an enemy can make the caster a dangerous opponent on the battlefield, especially if they have enemies that are weak to Radiant Damage, which will be discussed further in the next point.

Although more common for higher-level spells as a spellcaster reaches the capabilities of choosing and casting those spells, Guiding Bolt is one of the few two 1st level spells that deals radiant damage, with Divine Favor being the only other one that can. Now, most beings within Dungeons and Dragons do not hold a resistance, Immunity, or vulnerability to Radiant damage.

In fact, only 23 monsters out of the hundreds of monsters within D&D hold a Resistance to it, with 13 being either immune or vulnerable to it (13 each, respectively). This means that the caster and their combat efficiency mostly do not have to worry about a monster being able to naturally reduce their damage without the aid of spells.

The spell’s range of 120 ft as a base range can be highly useful during a combat encounter, especially when the caster is facing off against multiple enemies or even hostile creatures that rely more on ranged attacks of their own instead of melee combat. For example, guiding Bolt is in the top 5 longest ranges for all 1st-level spells, with Catapult only going past it at 150 feet.

As with many 1st level spells that can be selected to be a part of any caster’s spell list (especially many of the spells that have been written about in previous articles), Guiding Bolt does not require any physical material to be able to be cast; only a vocal and somatic component are required.

The only limiter to how many times the spell can be cast during a combat encounter is how many spell slots the caster has, whether they wish to use the base spell at 1st level or upcast it to a higher level for more damage.

Dealing damage against a chosen hostile target is not the only use this spell has during a combat encounter. After the radiant damage has been dealt to the hostile monster, the Bolt leaves a dim glittering light on the target until the end of the caster’s next turn.

This dim light highlights the monster, giving any ally an advantage on the next attack roll made against the same creature. Such a debuff to the enemy creature allows either the caster themselves or someone else in the caster’s party a better chance of hitting them with an attack than they would have had without the advantage granted to them by the spell.

Despite the amazing advantages and bonuses having this spell in one spell list can provide to a caster, the number of classes that can add this spell to their repertoire is very limited. Only the Cleric can add this spell on its own, with the Paladin and Warlock only being able to add this to their spell lists if they take certain archetypal choices, the Oath of Glory and The Celestial, respectively.

This limitation on how many classes can use the spell also limits the amount of attention and usage it gets from those who would enjoy it. This holds especially true for players who prefer to play as other spell casters like Wizards or Sorcerers or do not know how to multiclass to add it into their spell list as their secondary class.

Newer players would enjoy having this spell as part of their arsenal but would have to choose classes they might not be too comfortable and/or knowledgeable in playing to be able to do so.

As an early game damage spell

As the primary use of the Guiding Bolt spell goes, functioning as a pure damage spell against opponents works wonders for lower-level casters who do not yet have access to the higher-level, harder-hitting spells. In addition, the fact that it does Radiant Damage gives the player a certified level of comfort in knowing that very few creatures will be able to combat the damage dealt to it on a natural level.

Thanks to a few monsters with Resistance and/or Immunity to that type of damage. Now it is true that this also includes a low number of creatures that are considered vulnerable to radiant damage. With the 4d6 base damage and the chance to upcast it once the caster reaches higher levels, the Guiding Bolt spell can continue to function as a damage-dealing spell well into the mid-level range of a campaign, if not even the end game should a player choose to do so.

As a means to aid the party during combat

As stated in the Advantages section of the article, dealing with damage is not the only thing this spell can do. A dim glittering light is applied to the creature that was targetted and hit by the spell, giving any ally who hits that creature an advantage on their next attack roll against them, at least until the end of the player’s next turn.

Such an advantage does help the party connect any attempted hit against them, especially if the advantage roll made against the creature would have missed during the first roll but hit during the second.

This secondary effect doesn’t have a bigger impact on combating past the single advantage, though, as it will be discussed in the next part of this section, there is a single-use outside of combat this spell could have.

As a means to hunt down a hostile on the run

Although not exactly recommended, the dim glittering light placed on an enemy hit with this spell after the damage is dealt could also be used to help chase an NPC down. This works in highly crowded or very dark areas, such as a busy street in a city, an alleyway, or a cave system that the hostile creature ran down in an attempt to escape from the party.

Guiding Bolt 5e is a combat spell I recommend a player pick up as soon as they make their character. Having such a heavy-hitting spell this early in any campaign can make your spell-casting character quite the force to be reckoned with in a battle.

Especially later on, when said caster can upcast their spells to make them even more powerful and dangerous. Overall, This spell is one of the best 1st level combat spells in the School of Evocation that could be selected for a player to use.

Why is the spell called “Guiding Bolt”?

As one person could interpret the meaning behind the spell’s name, the Bolt guides your fellow party members to an enemy of interest to focus on and eliminate sooner rather than later.

As a “Circle of Stars” Druid, could I cast Guiding Bolt 5e without expending a spell slot?

Although this is one of the classes not officially listed as being capable of using this spell, yes, A Circle of Stars Druid can cast this spell without being required to expend one of their spell slots to be able to do so.

When casting it as a “Circle of Stars” Druid, can I cast Guiding Bolt 5e up to whatever spell slot I wish to?

Although the answer to this question mostly depends on the Dungeon Master ruling about the functionality of Circle of Stars Druids and the limits to which it can cast these spells without needing a spell slot. I believe it must be cast strictly at the 1st level, regardless of the Druid’s level.