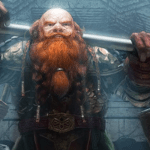 When a person looking to make a new character hears of the Warlock class, the first thing they think of in association is Necromancy and Liches.

Although Warlocks don’t reach the magical power of a Lich, they can still cast multiple spells that can do Necrotic Damage against their foes.

The Arms of Hadar is such a spell, literally reaching out to being about death itself to the enemies of the Caster.

What is Arms of Hadar 5e: mechanics and requirements

You invoke the power of Hadar, the Dark Hunger. Tendrils of dark energy erupt from you and batter all creatures within 10 feet of you. Each creature in that area must make a Strength saving throw. On a failed save, a target takes 2d6 necrotic damage and can’t take reactions until its next turn. On a successful save, the creature takes half damage, but suffers no other effect.

At Higher Levels. When you cast this spell using a spell slot of 2nd level or higher, the damage increases by 1d6 for each slot level above 1st.

Wizards of the coast

The spell does not require a physical component to be able to cast the spell during, before, or after combat. That way, the player can utilize the spell as a source of damage output more often than if they did have to use a physical material to cast it. It also eliminates the need to constantly search stores and dungeons for the needed material to stockpile them

If a creature targeted by Arms of Hadar fails the Strength Saving throw, it not only takes a small amount of necrotic damage but also prevents them from being able to use reactions until its next turn.

This effect can help against monsters with incredibly powerful reaction abilities or attack an enemy with their reaction, similar to a Barbarian’s Retaliation feat in the Path of the Berserker Archetype.

When using Arms of Hadar at the standard 1st level slot it resides in, the spell only does a minute of 2d6 damage. However, with upcasting it to higher spell slots past 1st level, a successful attack with Arms of Hadar could do an absolute maximum of 6d6 Necrotic Damage by using a 5th level spell slot.

This is great for any spell caster who feels like the spell can be helpful in the current situation for combat but think that the damage it usually does is too tiny to do anything substantial in the larger scheme of the battle.

As the title card for this part states, Arms of Hadar 5e does not require the usage and consumption of a physical component to be able to cast this spell or upcast it.

This gives the Caster more chances to use the spell without worrying about gathering the physical material for Arms of Hadar all the time, and they can use it and/or upcast it whenever they see fit.

This heavily restricts the spell’s usage and diminishes its potential capabilities, as other spellcaster classes, such as Sorcerers or Wizards, could be capable of using this spell to higher spell slot levels and, like this, do more damage with it. Therefore, keeping it to a Warlock spell only reduces its chances of being used to its full potential.

Commonly, Warlock spells are utilized from much further ranges than their immediate areas, as Warlocks are not the most vigorous class to use in melee combat.

It also does not help that a Warlock’s Health Pool can be similar to a Wizard’s during the lower levels, thus making them more vulnerable targets when attacked.

So having a spell that only reaches 10 feet around the Caster, while good for using against enemies who happen to be too close by coincidence, is not a viable combat option when being actively pursued and targeted by one or more enemy monsters during a combat encounter.

It would be much better to back off from the enemy and pick them off from afar rather than hoping they stop within 10 feet of you and cannot actively attack you due to being out of Melee’s range.

As the spell was intended to be used

As far as I can tell, as the writer of this Article, Arms of Hadar was mainly supposed to be used by the Warlock as a defensive spell. In case enemies get too close to your character without risking an attack of opportunity against them.

Another thought of this could be if another member of a character’s party was right next to them within the range of the spell, and some enemies were attacking them via Melee combat.

Then the spell could be used to give the fellow party member extra help on the battlefield, especially against large groups of enemies.

Although useful in that the Caster of the spell would use it in a more defensive manner, the Arms of Hadar are a poor choice of spell to use for a Warlock.

The best advice that could be given for this spell is to just pass it up for better spells that have a more useful capability than Arms of Hadar. The passive benefit it has of preventing reactions and allowing up castings for more damage do not outweigh the downsides.

There are better spells for combat than this one; Use Arms of Hadar only if you specifically want to act as a support for the party.

Are allies capable of being damaged by Arms of Hadar’s effects?

This isn’t exactly as specified as possible, but it does not completely rule out the possibility. So, it would be best to double-check with the Dungeon master regarding how they would rule how this spell handles allies caught within the range of the spell.

Does the Arms of Hadar damage the Caster themselves?

No, the Arms of Hadar do not damage the Caster, as the range starts with themselves and goes outwards. However, if the Dungeon Master felt like making this spell more harmful to the player, they could claim that they have to make the same Saving Throw or else be unable to take reactions, but this ruling is unlikely.