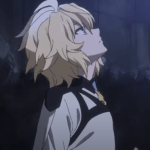 Recently, the demand for OP MCs has been on the top. Be it Isekai, adventure, or any case, and the OP MC trend is real. Weebs and Otaku are dying to see the other side of the story.

Yup, they are hooked on watching the MC leave and return OP. Therefore, based on your popular demands, I have brought a list of your favorite or to-be favorites (XD). So, get ready to have some fun!

After all the famous series, being dropped or getting summoned to a fantasy world no longer seems like a fantasy. However, Arifureta brings a twist: the MC Hajime Nagumo is forced into a survival war.

The anime starts with a surprise when a few fellows find themselves in a fantasy world. But Nagumo had to face the worst when thrown into the darkness to die miserably alone. However, he doesn’t technically leave to become OP because we follow his trials throughout. But yeah, this guy turns tables in the darkness that was meant to kill him.

I wish I could have a resolve like him, but if death makes you have that resolve, I wouldn’t mind not having it. Well, facing death head-on was all it took Nagumo to become stronger than anyone. Meeting people struggling to survive in the abyss and returning to the world of light as the supreme is thrilling and intriguing. Plus, the effects in the animation only make it more indulging.

Going to a rehab center might have never been this exciting and thrilling as in Evil or Live. The story starts with an interesting and real-time problem at hand. Getting people addicted to the internet admitted into an academy that helps them break that link is the plot of the series. Not to say, our MC Hibiki has unfortunately become one of those who struggle with this addiction. As an outsider, Hibiki left as an addict when he joined the academy.

However, his time at the academy, which is more of a rehab or a prison, is the best for us. It is filled with abuse of management, thrill, and mystery. Hibiki wishes to die many times while incarcerated, so you can expect it to be slightly darker. However, the anime picks up the pace when Hibiki encounters a man who changes his life for good.

Prisons were a place of punishment, but anime brought a fantasy touch to it. Making it a place where heroes change drastically regarding power and personality. Such is the story of Deadman Wonderland that simply changed our innocent Ganta Igarashi.

The story begins with a normal view of high schoolers. However, it changes into a brutal scene where a madman slaughters everyone leaving our hero Ganta. His life flips in a snap when he is thrown into prison. His crime is that he is suspected of brutally killing his classmates.

The prison, namely Deadman Wonderland, is nothing normal because it opens a world of power and horror to Ganta. His ordeal is to survive only by killing others. So, he will not be your everyday high schooler when he comes out. Indeed!

Becoming powerful after a time skip is good and predictable in a power-filled fantasy anime. But true development is when everything happens naturally. Akin to it 91 Days portrays a tragic and revenge-driven story of Angelo, Avilio Bruno.

After losing his family to a mafioso, the innocent kid decides to take revenge. He becomes a ruthless, keen, and heartless man to bring hell to the man who killed his family. Avilio gathers skills and knowledge over time and enters the den of a lion by befriending the don’s son.

The anime is filled with bloodshed, guns, chase, and revenge. The thrill is to be followed by intrigue, and you are in for an adrenaline rush, my friend. This one fits the best in the list of anime where the MC leaves and becomes OP.

This is an anime where not once, not twice, but often the MC takes a break and comes back OP. Not to mention Goku takes the place of MC. Either this guy is lost in space, dead and alive in the other world or anywhere you think. He comes back with jaw-dropping development and level-up.

The story is too famous for being told again. Yet, it is about the Saiyans, unique and colorful villains, fights, and yes, KAMEHAMEHA!! The best part about this one is that even the supporting characters follow the traditional way of disappearing or isolating themselves and coming out of power. What else do you want aside from a giant dragon granting you wishes and flying fighters with unmatchable strength?

What is the best revenge when people throw you out for being incapable of doing something? Simply, either terminate that thing or become the master of it. Like this, Kage No Stigma entails a fantasy filled with mysteries, murders, power struggles, and much more thrill. The story has a perfect setting of an MC being kicked out because he wasn’t strong enough. However, our MC, Kazuma Yagami, is one anomaly.

He was kicked out because he couldn’t control the fire element, understandable! Yet after a time skip of four years, the hero returns with the ability to control the wind. Cool, no? But the story just begins from this point. His family still loathes him, and he is now suspected of the brutal murder of many family members with the wind element.

I know it feels very sad, yet without this setting, the story would become boring; hence, Amen! Yagami and Ayano, the leads, decide to unfold the mystery of the murder after Ayano decides to trust Yagami. So, this one is a little dark anime with much more power, revenge, and secrets, and maybe we will get to see some love.

This one might not fit the MC’s criteria for leaving and returning to OP completely. However, it still has some relevance to that because our very own Kaneki does become OP after disappearing from his friends’ lives for a short while.

The story is of ghouls eating humans and some even becoming ghouls after encountering a worse fate. Everyone knows this, right? But what makes the anime interesting is the little twists at every turn. Ken’s theory of ghouls imitating humans, his girlfriend attacking him as a ghoul, and Ken becoming one of the scariest ghouls ever are mentioned worthy.

The anime begins slowly but takes a hike when Ken wakes up, only to find himself losing his human side. He struggles to retain his memories and emotions of a human but only ends up becoming a blood-loving ghoul. To some, he may sound like an anti-hero. Still, characters like him leave an everlasting impression because of how they are portrayed. Additionally, the anime sticks to reality a bit too much with top-notch animation, plot, and characters that are rare.

Yet another masterpiece with an utterly intriguing plot is sitting right under your noses. Owari no Seraph is an anime that has double the fun and twist. The protagonist and the deuteragonist drastically change their personalities and level up unimaginably.

The anime introduces a distant future where only kids remain safe from a virus. However, they are not safer than they thought. Our MC Yuuichirou and his best friend Mikeala are suffering the aftereffects of this virus. Being imprisoned under the reign of vampires, they are desperate to run.

Things become interesting when Yuuichirou survives the vampire’s den, and Mikeala is thought dead. However, after years of encountering each other, they discover their lives have been lies. Both appear in front of each other as the strongest among their fellas.

Their bond and trust in each other, their care and understanding, is rare and unlike anything you have seen before. With a thrilling story, excellent animation, intriguing twists, and chilling action sequences, Owari no Seraph will blow your mind. The best part is that the story is unpredictable, and you can never judge any character based on their appearance and nature.

If you haven’t watched this masterpiece, you are living in the stone age, buddy! The anime is simply too realistic and a work of fantasy simultaneously. The story is simple, with five teenagers and one adult stuck in prison under some charges. Mario Minakami is the lead of the show with a deuteragonist Rokurouta Sakuragi. As Mario is thrown into the prison with five other inmates, their life turns unimaginable.

Sakuragi, who used to be a boxer, is their comfort in this prison. They learn what life is truly and grow positive under the shadow. The best part is that they meet outside the prison with a noticeable change in their characters and personalities. So, it fits the criteria where MC leaves and returns OP.

This anime has life lessons and practical examples of how life can change. It brings emotional stability to many. Without extra noise and interruptions, this anime has a fair portrayal that is worth your time.

Conclusion on MCs who leave and return super strong anime

This was all for today, my friends! With this, we end our list of anime where the MC leaves and returns OP. I enjoyed watching all of them, and I am sure you’ll feel the same. Watching MCs returning as OP is an indescribable feeling. I’ll wait for your reviews; till then, have a good watch!