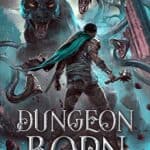 A growing number of manga and anime shows are getting an audiobook in English or Japanese. While the total amount is still pretty low, you can find anime audiobooks in pretty much every genre. From fantasy to romance, there will be one or two you can enjoy.

Most of the time, these are adapted from light novels and not anime. This means you will get more of a background story and be quite a bit longer than your average episode or season! So keep this in mind when you want to listen to one!

Just so you know, I am going to take the term anime very loosely. I am also going to recommend Japanese manga and light novel audiobook adaptations if I think they are relevant, and of course, worth listening to. I am also going to include some litRPG’s since I am sure anime fans will love these!

The best place to get your audiobooks for cheap – or even for free! – in on Audible. You get a free 30 days trial on Audible. That is more than enough time to listen to my entire list of recommendations! Use this link to get 30 days free Audible and two free audiobooks!

Kizumonogatari (“Wound Story”) is an audiobook about koyomi Araragi, a high school student who befriends Tsubasa Hanekawa. Tsubasa is a top student at the school and claims to have heard a rumor about a blond vampire who has been spotted in the town.

Koyomi, not long after their talk, encounters the vampire. She is on the verge of dying after being mortally wounded by a group of vampire hunters. The vampire, named Kiss-shot, asks Koyomi to give her his blood. When he does, he finds himself reborn as a vampire.

I love this story. Despite the vampire trope being a bit overused in anime nowadays, this is a real classic. I strongly recommend!

Also named the Monogatari series is closely related to the number 10 on this list. This audiobook also has an anime, light novel, and manga. It is hugely popular in Japan. The story has an amazing female lead who is very funny and a total badass when it comes down to it.

The book starts with Koyomi Araragi (the protagonist of Kizumonogatari) catching Hitagi when she falls. He notices that she weighs as good as nothing. Koyomi later confronts her, asking her if she is sick or has a curse on her; she admits that a crab stole her weight.

Hitagi, who is skeptical if she can trust Koyomi, keeps ignoring him and verbally abuses him, so he leaves her alone. However, when Koyomi shows his vampire healing powers, she learns to trust him, and they go see Meme Oshino, who might help Hitagi gain back her weight.

This isn’t a real anime audiobook in the traditional sense since the author is western and not Japanese. However, the Anime Trope System is based on the isekai genre and has some amazing unique elements worth checking out.

Due to an unknown entity, a dude named Clyde gets tossed into an anime world. He is named Stone, the main character upon his arrival. He has only one goal; he must kill someone or something named Viper, or earth will be destroyed.

The genre this book is categorized in is named LitRPG. It is worth checking out if you are an isekai fan!

Dungeon born is one of the most well-known and best-reviewed LitRPG books. It has a lot of anime elements, so I am putting it on the list. It is a great take on the fantasy and isekai genre and mixes a ton of western and Japanese elements.

This is an amazing book for those who like adventure guild anime, dungeons, dragons, and RPGs like Diablo that involve a ton of dungeon crawling. You need to be a fan of the niche and like game-like stories where leveling up is a big part of the main characters’ storyline.

Cal, our main character, is a bit strange and unlike the MCs, you find in most adventure anime. He is a dungeon core. His soul has been forced into a magical stone, and thus he has started to grow a dungeon around him. His only way to survive is to kill the adventurers that go inside him.

Konosuba is one of the, if not the, most popular parody isekai anime of all time. If you haven’t seen the anime, I suggest you start by listening to the audiobook. The voice actress who reads the book is the same as one of the series’s main characters, and she does an amazing job.

Kazuma, a NEET Otaku, dies hilariously (no spoilers) when he just got back from the store to get a new video game. Since he died so young, a goddess named Aqua gives him the option to reincarnate into a new world of swords and magic. But, that is not all; he can also take one thing with him—Aqua, who keeps laughing at his dead hand him a book with options for Kazuma to pick from.

Kazuma, who got mad and upset with Aqua, picked her to go with him! Together, they are transported into a magical world full of wonders and silly adventures.

Mushoku Tensei: Jobless Reincarnation started out as a light novel but now has a manga, an anime, and an audiobook. The audiobook is Japanese only for now, but there is an English one coming soon. No wonder, since it has a huge following.

The story is an isekai reincarnation story about a NEET who has wasted his life away in Japan and gets the opportunity to do a do-over. What I like about Mushoku Tensei is that the MC starts off as a baby, and we see him grow all the way into adulthood. He works hard, is very talented, and gets himself a harem. It is a very classic isekai story, so don’t expect anything too original. However, I do think it is one of the better anime audiobooks to check out!

4. You Shine Under the Moonlit Night

This isn’t a fantasy story in the traditional sense. There are no orcs, goblins or other monsters to kill like Goblin Slayer, but I do think it is worth mentioning if you want to check out something else.

I can strongly recommend this audiobook if you are a fan of Clannad, Shuumatsu, or Shigatsu wa Kimi no Uso. It is a pretty deep story and goes quite deep into the inevitable death that will come for us. It is very hard to give a summary of this story without giving anything away.

The story will make you think about your life and the greater meaning of living it. In short, get this one if you are in a philosophical mood or you just want to bawl your eyes out!

3. Turtle’s The Beginning After the End

This is such a fun web novel that now has an audiobook too! It is more a litRPG than an anime audiobook, but there are so many crossovers between the genres that it doesn’t really matter.

The author his name is TurtleMe. The story starts with our hero as a child. Like most Isekai and weak to strong fantasy stories, the main character is weak but extremely talented. Our MC is a royal, so he is not just a peasant or an adventurer. This gives quite a unique storyline.

There are a ton of volumes written already. However, not all of them have an audiobook.

If you have ever read a fantasy anime top 10 on Creature College, you will probably find Overlord somewhere on the list. I love this light novel so much that it is my favorite Japanese fantasy novel of all time.

The story is about Momonga, a Japanese man in his 20s who has played the MMORPG YGGDRASIL for years. However, the game is shutting down, and he is logging in one last time to say goodbye to his guild and guild members. Unfortunately, when the counter strikes 00:00:00, the servers do not turn off. Moreover, he can’t log out of the game!

When he starts to talk to the NPC’s in his guild building, it is obvious that they have attained consciousness. He and his guild have been transported into a new world with real monsters and people. Despite being unfamiliar with this world, he soon concludes that he is one of the strongest ‘people’ in this world.

Momonga, his player character, was an evil undead overlord. As the story progresses, he turns into his PC and loses his humanity bit by bit. This story is a lot deeper than it lets on, and it is entertaining from beginning to end.

Attack On Titan (AoT) is the best anime audiobook out there, in my opinion. It has an amazing voice talent reading, the audio quality is topnotch, and of course, the story grabs your attention from the very start. There aren’t many audiobooks that compare to this one, so I strongly recommend you check it out. If you like plot twists and unexpected turns events, I am sure you will love listening to them.

The plot of AoT is about a civilization on the brink of extinction. Titans – enormous humanoid creatures – have been attacking humans for centuries, and now humans are down to just a couple of strongholds and hide behind three massive walls.

Eren Yeager, the protagonist of the story, lives behind the outermost of the three massive walls. However, two new kinds of titans, the Colossus Titan and Armored Titan, managed to break down the wall and let hordes of titans inside. Eren’s mother is eaten alive by one of the titans before his very eyes. At that point, he swears to avenge his mother and kill the titans. He enlists in the military together with some of his fellow surviving childhood friends.

There you have it! The best ten anime audiobooks on audible right now! Have we missed one? Or do you not agree with the list? Let us know right here in the comments, and we will check it out!

Don’t forget that you can get two free audiobooks if you use my referral link, and you help my blog too by doing that!