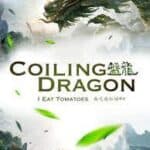 So you are wondering if there are any good light novels like coiling dragon out there. The answer is: Yes! There are a ton of Japanese and Chinese fantasy books or xianxia that you are going to love. I have read quite a few of these, so I like to think that I have at least some good insight into what is good and what is trash.

The novel series, also called Panlong, is written by I Eat Tomatoes and is one of the best wuxia books there are. This epic fantasy has 21 books and 800 chapters so if you finished this and are still looking for more, my hat off to you!

I have a couple of criteria to determine if a novel is similar to Panlong. First of all, it needs to have a fantasy setting. I don’t mind if it takes place in China, Japan or Europe, but there needs to be magic and monsters. Next, the main character should be overpowered. Not too much, but he should at some point be a lot stronger than the average being in the world. I don’t mind if the lead is female or male. Lastly, this one is a bit more subjective, but the writing style and plot progression tempo needs to be somewhat the same.

I will also try to find translated light novels that resemble coiling dragons. I am avoiding books that still need a translation or where the story is still not close to finished. However, there will be some on this list that aren’t fully finished.

Ning has been reborn in a world where magic, fighting and monsters are a part of life, and so are immortals. Dynasties in this world don’t last centuries but millions of years. Ning comes into this world with one goal, never be weak again!

Desolate Era is also written by I Eat Tomatoes. So the writing style and plot progression is very much alike with coiling dragons. I do think that the writing of Panlong is a grade above Desolate Era. It isn’t bad but the quality just isn’t on the same level.

The Desolate Era´s world or universe is vast, very vast. Our protagonist has some advantages like his strength, determination and cultivation skills. The levels Ning gains are there due to hard work and not just being the most talented ever.

What I like the most are how conflicts feel quite realistic and are actually adding something to the story. Another thing I Eat Tomatoes does very well is how characters develop during the story. The relationships they have are very realistic and they are well maintained and grow at the right pace.

I would definitely recommend Desolate Era if you liked the writing style of I Eat Tomatoes in Coiling Dragon!

This xianxia novel is written by Er Gen, a quite famous author in the world of Wuxia. This is his fourth major Xianxia book. Our protagonist is Bai xiaochun. A young man who is afraid of dying and just wants to live forever. This fear haunts him throughout his adventures.

If you are familiar with Er Gen´s books you will soon notice that this book is set in the same universe as his previous 3. This is a stand-alone novel can be read without having to read the other 3.  The fear of death that Bai has is a great plot device. It makes the humor perfect, and this is in my opinion the best Er Gen novel to date.

There isn’t a single boring moment in this story, and it really reads very fast. The only thing I do not like about A will eternal is that there isn’t a lot of character development. The humor reminds me a lot of Coiling Dragon and the protagonists have some similar personality quirks.

In short, A WIll Eternal is definitely worth checking out and is one of the funniest, if not the funniest Wuxia novels there are. The translation is also very well done.

Jiang Chen is the son of the one and only Celestial Emperor. One day he is reincarnated into the body of someone else after being sentenced to death. A young noble who is hated by his peers and underlings alike. He is the ultimate underdog that faces difficulties every step of the way.

Luckily for Chen he still has the wit and intelligence of his previous life when he was the son of the Celestial emperor. No one has more intelligence than him in this world. He will be the one that stands atop, underdog or not!

So, I like Sovereign of the Three Realms a lot because it is kind of the perfect mix between Chinese fantasy with a lot of influences of Japanese underdog, hidden overpowered MC vibes. My major problem with the novel is that the writer spends way too much time discussing and describing characters and events that do not matter at all!

Oftentimes it feels like he just wanted to get his word count of the day and did not care about the actual story. That being said, if you can look past those chapters – and there are many of those – the story is absolutely amazing! There are over 2000 chapters ahead of you!

The beginning of the story and the end are very well written and interesting, but the middle is not as good. There also is quite a lot of plat armor for the MC, which in my opinion is kind of annoying and a stupid trope for bad writers.

Still, I have put this one on the 3rd spot because it has a lot of very good elements. It has a lot of moments that will make you think of Coiling Dragon and if you were a fan of Panlong, you will definitely love Sovereign of the Three Realms.

This one is a space opera set in a galaxy far away. There is a child here that doesn’t have the power to practice the internal techniques which are so common here. He wants to be respected by his father, and the way to do this is to take it the hard way.

Use external techniques to become strong. One day he comes across a cross of a stone from a meteorite. This stone merges with the young guy’s body and everything changes.  He becomes more powerful than he had ever dreamt of. The beginning of a great adventure!

This novel could have been my number one pick, but it isn’t for two reasons. First, Warlock of the Magus World is just so good. Even if Stellar Transformation is a lot more like Coiling Dragon than the other novel, it is a bit more boring after the start which makes it lose quite some points. The novel gets a lot of bad reviews, and I think it is because the pages between 20 and 60-70 are pretty bland.

There are some unique and amazing scenes in the beginning that put a pretty high standard for the rest of the book, and it doesn’t always get tot that standard. The MC is quite lackluster, sometimes humble, sometimes annoying. However, overall it is a very good story that I definitely recommend you to check out!

A scientist of our world in the future reincarnates into a hack and slash, magic and knights fantasy world! His goal is to find out more about this world and spend all his time and resources on getting knowledge. He is a dark intelligent man who calculates every move he makes.

Before helping someone, his first question that springs to mind is ¨How does this help me?¨ If he has nothing to gain, will not take action. If he comes across someone that might cause him harm in the future, he will take the logical steps, kill or incapacitate the threat.

This is one of the best wuxia books out there! I have read lots of them and this one stands out by a lot from the rest of the pack. First of all, I love that the MC is quite evil at some points, without being a stereotypical villain. He also has a good side at times. The story itself is well thought out and pretty original. It offers a change of pace from where people of our time get transported.

My most favorite thing of all is just how awesome the magic is in this world. The magic is unique, strong and awesome.  Warlock of the Magus world is also one of the best weak to strong wuxia and xianxia books out there. Definitely read this one if you have the time!

Do you want to read more amazing xianxia books? Check out my article on light novels like against the gods!