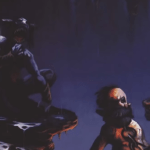 Creatures of the Underdark, the Grimlock, can be found within the depths of the Material Plane. As descendants of humans who have lost their way back in the past, they have adapted to the dark world before them. This is a great creature for encounters set underground as players explore.

Contents hide
What is Grimlock 5e: mechanics and requirements
Attributes
Spell description
Advantages and drawbacks
Advantage
Disadvantage
Best uses for Grimlock 5e
1. The Keeper of the Underdark
2. Henchmen of Darkness and Evil
3. An Underground Maze
4. The Not-So-Dark Side
Advice and final thoughts
Grimlock 5e FAQ
What kind of environments are Grimlocks typically found in?
Would the Grimlock 5e work for someone in exchange for goods and services?
Can Grimlocks be a playable race for a Dungeons and Dragons campaign?
Related Posts:

What is Grimlock 5e: mechanics and requirements

1. The Keeper of the Underdark

In a Dungeon and Dragons session where players are searching for something that catches their interest, such as a tip or a quest found underground, you can put an obstacle to spice up the journey.

The Underdark resident, the Grimlock, can stop them from stepping further to their goal. The Grimlock could be a formidable guardian or keeper, protecting a valuable treasure or guarding a secret entrance. With this kind of encounter, the party members can figure out ways to peacefully or violently handle the Grimlock.

2. Henchmen of Darkness and Evil

The Grimlock could be a loyal servant and lackey for a powerful villain who has been terrorizing the Underdark. Using Grimlocks as henchmen for your underground antagonist can add more to their fearsome reputation and befitting the location’s theme.

As a Dungeon Master, you may have these Grimlocks set out to go after the party in an attempt to take them down. This gives more opportunity to this creature to even have them as a recurring monster sent by their master to both annoy and keep players on their toes.

The underground world is a maze of mysteries ranging from hidden relics to ancient ruins. The Grimlock could be a part of a larger puzzle or riddle the players must solve to progress.

Since they are not the brightest creatures, the Dungeon Master can use their creative prowess to implement them. A suggestion that can be explored is keeping helpful clues with the Grimlocks that the players can use to progress. The party may steal or even collect it as loot after slaying the creature.

Deviating from Grimlock’s typical evil nature, you can create an individual Grimlock of good alignment. The Grimlock could be an outcast of its society, or even disinterested in life in the Underdark.

As a misunderstood creature, the players must help by possibly clearing its name or defending it from those who fear or hate it. This allows the party to redeem this creature.

Perhaps, down the line, the Grimlock they helped may benefit the party by joining them in their adventure. Or they may even offer them useful resources such as information, items, and services.

Take your players to a whole new world below the surface. In the midst of darkness, the Grimlock can be a great creature to encounter for your party members when delving deeper down the Underdark.

Whether used as a guardian, a mount, a puzzle to solve, or a recurring foe, the Grimlock can be a memorable and creative addition to any story. Its unique abilities, such as its blindness and heightened senses, can also add interesting challenges and opportunities for the players to interact with and overcome.

This creature is best if you want to put it up against low-level characters and players. But if you want a bit of a challenge for the party, it’s a great idea to create a swarm of them. The Grimlock is a versatile and interesting creature that can add great flavor to a Dungeons and Dragons campaign.

What kind of environments are Grimlocks typically found in?

Grimlocks are typically found beneath the surface world within the Underdark. As creatures of the dark, the Grimlock has evolved and adapted to conditions with minimal lighting making them great navigators of the underground.

Would the Grimlock 5e work for someone in exchange for goods and services?

Most definitely, but it is important to note that the creature may not be interested in material goods such as gold, jewels, etc. Most of them can be found to have more interest in goods and services that can benefit their livelihood. But as the Dungeon Master, feel free to be creative with the creature’s motives to make them unique and special to your campaign.

Can Grimlocks be a playable race for a Dungeons and Dragons campaign?

Though they are not an official playable race in Dungeons and Dragons, Grimlocks can be played by players. However, it would require a bit of homebrew, research, and collaboration with the Dungeon Master.