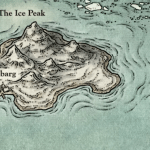 How long has it been? How long have they been here? However long we’ve been here, it’s been too long… but we can’t get out. This wretched door won’t budge until we solve this stupid riddle written on it. What the heck is it?! Why can’t we figure it out?! Get me out of here, please!

Time to talk about the best Non-combat encounters 5e has to offer and how to use them in our campaign.

What Should I Expect with Non-Combat Encounters 5e?

If the party finds the need to think of a plan and use ability checks, it can count as an encounter. Therefore, if the party finds the need to plan ahead and that involves rolling for Stealth, Deception, or any other checks, then it can count as a non-combat encounter. However, most non-combat encounters don’t really give the party a chance to get as much experience points as a combat-based encounter does.

There are plenty of methods and possibilities with non-combat encounters. It’s even possibly the most essential type of encounter when wanting to build-up a story, worldbuild, or even help progress the story. Although I do find that most non-combat encounters are rather short, the encounters do leave an impact on the party since they feel a sense of accomplishment after finding the resolution.

I feel like the easiest and best way to lay out non-combat encounters is by thinking of the encounter as a movie or novel genre. This applies even more so if there’s a certain theme going on during the party’s adventure.

When done correctly, the party should be using their skill checks accordingly and finding out where they can go from there. Most of these encounters can be found almost anywhere, if the DM is creative enough.

Maybe a trap-puzzle door, an NPC that just wants to get out, or some creatures that are in dire need of help but can’t communicate otherwise. Like combat-based encounters, the layouts for non-combat encounters should depend on where the party is, and what the DM wants the party to discover, progress, and gain from the experience.

Possibly the most used within non-combat encounters are puzzles and riddles. It’s a great way to have their party get creative and really get into character. Naturally, if the character’s intelligence and wisdom are low, this layout may not be their forte. It’s not impossible for them to figure it out, but it will be more difficult.

In almost every scenario, puzzles and riddles are treated as gatekeepers or traps. In order for the players to progress to the next area, they need to figure out the riddle/puzzle. If the players have more fun underpressure, it could also be time sensitive such as a bomb going off if they don’t solve it within a reasonable amount of time.

There are a ton of resources online for ideas on different types of puzzles. They are also rather easy to make up and adjust on your own if the DM puts their mind to it. Most of the DnD books also gives a handful of resources per book. That being said, the possibilities are practically endless!

Below are a few examples of Puzzle/Riddle Encounters that I have personally used.

Who doesn’t like a good mystery? Playing as Sherlock Holmes and trying to find the culprit behind each mystery can be quite a thrill in Dnd for some people who excel in roleplaying.

Interrogations, searching for clues, looking around town for any type of hint to their next lead- what’s not to like? It can be exhilarating and have some combat-based encounters implemented into them as well. It’s mostly used and/or starts in urban areas where an NPC can inform the party about the certain predicament that they need them to resolve.

When DM’s use this type of encounter, it’s usually to bargain for information, progress the story, or build up to a plot-twist. Personally, I like to use these types of layouts to set up for plot twists because it’s easy to set up, it can be ongoing, and it’s possible to set up other encounters during it if the party is progressing too quickly for my liking. Due to a lot of inspiration from cinema, there are a ton of resources on this layout from both the books and online dnd community alike.

Below are a few encounters with the Mystery layout that are rather commonly used.

Whether it be a maze, a dangerous road, or just keeping someone/something safe from point A to point B, escorting is a great way to make sure that the team works together to get something done. These types of layouts are best used with low-leveled parties or early on in the campaign. Much like the Mystery layout, these types of layouts can have multiple types of encounters implemented into them (ex: have some combat-based encounters, puzzles, or mysteries into them).

Although this type of layout is not as common as mysteries or puzzles, they are quite easy to make up yourself as a DM. They can escort a noble, precious cargo, or even have them go through a maze and consider it escorting themselves. If not, of course, there’s always the Dnd community sharing their ideas online.

Below are a few simple ideas that could be used with the Escort layout.

Non-combat encounters are easiest when they are adjusted or made up through the mind of the DM, I believe. They have the potential to make memorable moments or just be a complete waste of time for the entire group. As stated previously, a lot of these types of encounters can be found online and through the books and can be altered to however the DM wishes to fit the needs for the party and/or occasion.

It can be a bit difficult to determine how difficult to make a non-combat encounter, especially if the players are already in the end-game. To prevent players from finding a resolution immediately at high levels, I suggest making things a little more vague with hints that are harder to figure out or find. There’s also the option of mixing in combat-based encounters into the mix to make the non-combat encounter entirely feel like a mini-quest, once again for higher leveled players.

When brainstorming or implementing non-combat encounters, it’s also important to keep in mind the environment. For example, it would seem a little strange to find magical tiles on the floor in the middle of a swamp that are filled with monsters– it would be better to put them in dungeons or temples. Since non-combat encounters require the most preparation before a session, simple mistakes like the said example can easily be adjusted before a session to make sure that the encounter makes sense in its location.

Most of these encounters are ones that I have used or have planned to use. Although some of them were duds with one group, they were a success with others.

If you plan to use any of these for yourself (which you are free to do), it would probably be best to know how your party operates as a group to figure out which ones would be a hit or a miss. If not, be free to experiment with these encounters to feel your group out and see which ones does your party really excel and have fun with.

Switch it up. Dnd is supposed to be a fun experience for everyone, and sometimes, things don’t always work in favor of what the DM wants, and that’s okay.