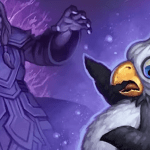 It hasn’t been that long since we’ve left the village, but that place’s hustle and bustle is already long behind us. The jerky sway of the horse-lead carriage is relaxing in its way. A well-deserved nap should fix us right- and we’re being ambushed. Of course, we are. The nap will have to come later, I suppose.  Today we will be discussing the best roadside encounters in 5e Dungeons and Dragons!

What Should I Expect in Roadside Encounters 5e?

Regarding roadside encounters, almost anything goes as long as the geography is right. There may be bandits. There may be creatures (hostile or friendly), and there can be random pit stops with fireplaces with travelers who might be going the same way as the party.

The important thing to remember is that the road/path itself may be smooth, and roadsides are described as a patch of land next to a road, so what does the patch look like? Is it manmade, or maybe it’s a desert? Once that’s determined, the DM can work their way from there.

Since most encounters within areas such as these are rather simple, a map isn’t necessarily needed, which is something I like as a DM. Due to its simplicity, it is also very beginner friendly for DMs and players alike.

I used roadside encounters when learning how to DM since it helped me get into my element for setting up with combat and/or practice roleplaying. Similarly, I also used these types of encounters to help my players learn how to play the game altogether. For example, they use their ability checks and can interact with anything.

Lastly, roadside encounters aren’t meant to be difficult unless the DM so wishes, which is very rare. That said, players most likely won’t get much experience from these encounters unless they build up on it (for example, they follow their bandits to their lair, giving them more exp.). However, the party can acquire treasures and items through these more than experience. Depending on what they find, who they pick up, etc.

As stated before, roadsides can be anywhere if the path has been traveled enough. A cave, mountain, field, or even something as simple as a road to a castle- it doesn’t matter. What matters is where the roadside is.

This will determine what kind of encounters the party may face. For example, it wouldn’t make much sense for the party to find a winter wolf on a roadside while the path is leading the party up a volcano.

Due to the simplicity, there aren’t many layouts a roadside encounter can provide since most of it depends on geography. Nonetheless, as a DM, you are free to take from these ideas and inspire yourself to think of some on your own. So be free to mix, match, and/or create something entirely new!

Please, Help! – the most basic encounters

Possibly the most basic of the roadside encounters. An NPC or a creature is injured on the side of the road and asks the party for help. DMs can use this to introduce a new NPC or lure the party into a trap. The flexibility for this type of layout goes as far as the DM wishes to take it.

Below are a few examples of roadside encounters in DnD with this specific layout.

An Acquaintance of Yours?

A group of bandits holds up a merchant. He notices the party passing through the pass and hollers them over. “Look! Those are my friends over there!” He tells the bandits. The bandits will question the party as to whether or not they know the merchant.

An old woman stands on the side of the road, trying to catch a ride with anyone she can. She means no harm and rewards the party greatly if they escort her to a nearby graveyard to see her husband. Once the party reaches the graveyard, the old woman disappears as if she was never there, to begin with. All that’s left is a pouch of gold and a small flower.

A young tiger is on the side of the road munching on some type of bird. As the party approaches the tiger closer, they notice it is missing an eye and a leg. The wounds are extremely fresh, and it is obvious that if nothing is done, the tiger will die.

When people ride alone carrying more than just a handful, it can attract all sorts of dangers. For example, bandits want to make a quick buck, hungry creatures smell their next meal, or any of the sorts. This is especially so if the party is riding via carriage to carry their goods and themselves from point A to point B.

Below are some simple ambush examples that follow this layout.

A group of bandits jumps the party thinking they may be carrying expensive loot- or at least a lot of it.

A Hole in the Ground

A bounty hunter has dug a giant hole into the road, camouflaged to look like the rest. The party falls in, and the bounty hunter stands above them, laughing like a madman. “I finally caught you!” He says.

As the party goes through a path in the forest, they notice animal heads hanging on sticks hanging onto the trees. That’s when they’ll hear cackles in the trees. Then, a hooded goblin waits on a small patch of grass, throws itself in front of the party, and screeches- signaling the rest of the goblins to jump in.

I don’t often use roadside encounters for story progression or big fights. It’s usually just something to give the party experience and/or to liven up the party if they’re bored with the tedious travel from one place to another.

Nonetheless, the online community and the Dnd books provide enough resources to make simple road-ide encounters. NPCs would usually be enough of a job for these encounters but be free to use beasts or creatures in the area that may want to attack the party for their resources, blood, or flesh.

I use these encounters to throw the party off their rhythm if they’re not paying attention or seem bored of traveling all the time. Since they are also easily adjustable, I sometimes use them to stall if they progress way too fast into the story (or at least more than I prepared for).

Below are a few roadside encounters I have used myself to liven up my party and/or simply mess with them as a DM.

A couple is violently fighting on the road for being lost. As the party gets closer, the woman asks for help, and the man pulls out a knife and holds the woman hostage. This is a setup to get the party out of their carriage, so they can steal it for themselves.

In the dead of night, an old lady in white is found walking along the side of the road. No one else is around, and there’s no town or city for at least a mile. The party must offer her a ride, or their horses will die/they will fight her.

A homeless man sits on the side of the road in the middle of a desert. He asks the party for scraps of food and a ride to the gated city. In exchange, he will grant one wish.

A small tent is set up on the side of the road. There’s a sign that reads “1 gold per chicken leg. Pay first, then grab the chicken. Honesty is the best policy!” Under the tent is a large chest filled to the brim with chicken legs. If the party were to steal any of the chickens, the chest would reveal itself to be a mimic and attack the party.

In the distance, the party sees two people running in their direction on the road. They’re frantically screaming and trying to signal the party to go the other way. “RUN! THEY’RE COMING!” That’s when the party starts to feel the rumbles in the ground…

As stated earlier, roadside encounters are extremely flexible since a DM can implement almost any type of creature into them. Regardless, I feel like there are staple and basic creatures that can be found during roadside encounters.

They are not a requirement, but it’s more of a “when in doubt, I should just put this” kind of deal. If you notice, most of these creatures are roleplayable and can be simple NPCs. Use them to hone your skill. Happy travels!

More likely than none, roadside encounters would happen as the party travels from one place to another. Although it may help with world-building, it may not take a vital part in the story since these encounters are most likely used to pass the time as the party goes from point A to point B.

However, these encounters have the potential to build character within your group and even have them experiment with the types of things that they can do. If your party finds themselves bored with these encounters, they are easily scrapable since they are extremely simple, low-leveled, and not all that important. Otherwise, mess around a bit and enjoy yourselves!