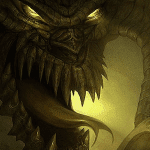 I don’t need an adventurer; I need a hero! So today, we will make our party a bit braver and discuss all there is to know about Heroism 5e in DnD. This enchantment is one of these quintessential buff spells everyone has heard about. You might be doubting about picking Heroism 5e for your character or how you can use it as a player or DM.

Our expert DM, Justin Plett, will tell you his experiences and insights concerning this 1st level of enchantment. We will discuss the attributes, how to use them, and answer any questions about the enchantment.

Contents hide
What is Heroism 5e, and how does it work
Attributes
Spell description
Heroism’s advantages and drawbacks
Advantages
Drawbacks
Best uses for Heroism 5e
Use Heroism on yourself
Buff your party before the battle
Stroll through the early game
Keep NPCs and team members from being frightened
Heroism 5e FAQ
Does Heroism temp HP stack in 5e?
Is Heroism good in 5e DnD?
Does Heroism 5e remove the frightened condition?
Takeaways about Heroism DnD
Related Posts:

What is Heroism 5e, and how does it work

No material components are needed to cast the spell; however, before you cheer, it is a concentration spell.

When you say the magic words and make the magical hand gestures to cast Heroism 5e, the willing creature you have touched is now imbued with bravery.

The creature is now immune to being frightened and has a temporary hit points boost equal to your spellcasting modifier at the start of each turn.

When the spell ends, all the remaining temporary hitpoints from the target are lost.

Use Heroism on yourself

Many players – even intermediate-level players – do not know that you can use touch spells on yourself unless you explicitly state that you can not. So, in other words, you can cast Heroism 5e on your character and get the benefits of it. You can read more about touch spells in the Official Player Handbook on Page 202.

Buff your party before the battle

Just before the battle, you might want to use Heroism on your best frontliners. The use of Heroism in this context is quite obvious, but it is a good use, so it makes it to the list. Your frontliner (or target) will get the effect that it will no longer be frightened, and he or she will get a good amount of additional hitpoints when the buff is active.

Stroll through the early game

While Heroism is not the best level 1 enchantment in DnD 5e, it is pretty powerful when you are in the first few levels of the campaign. Thanks to the fact that you (or your target) get a nice amount of extra hitpoints every turn, it is fantastic to buff against low-level monsters. At the start of your campaign, most creatures hit 1s, 2s, and a rare 3 or 4. Your Heroism hitpoint boost heals you almost all the way, and you can easily tank most hits of single combat encounters.

Keep NPCs and team members from being frightened

The secondary effect can be useful in some niche situations. It cures targets from being frightened and also prevents them from getting the frightened status condition. This effect can come in handy if you want to send an NPC on a dangerous mission or use him as cannon fodder for as long as possible.

No, Temporary HP from the Heroism spell does not stack in 5e DnD. So you will at most have as much temp HP as your spell modifier.

Is Heroism good in 5e DnD?

Yes, for the early levels of a campaign, it comes in quite handy. For example, if you have a frontliner struggling with taking damage, this enchantment might be the difference between running and winning convincingly.

Yes, Jeremy Crawford, the authority on the DnD 5e rules, states, “The heroism spell would suppress a frightening effect that was already on its target.”. So the frightened condition would be removed for the duration of the spell.

There are quite a few enchantments and buffs that are superior to Heroism in 5e DnD. However, if you want to make the starting missions of your campaign a lot easier, then the boost you get from this buff spell will get you quite far. Since most monsters barely hit more than a three at the first level, the Heroism effect that gives you extra HP will come in handy.

Unfortunately, the enchantment starts to drop off pretty fast, even if you are upcast. The small amount of extra HP and the fact your target can’t be frightened just isn’t good enough to keep up with the higher-level encounters you will be facing.