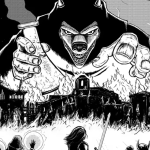 The creatures within Pathfinder are all unique in their ways. Whether they are volatile or docile, these animals can hold their own either against another monster or a party traveling through their territory. As such, there would be a spell that allows a player to summon some of these creatures, even if they are more pets than dangerous creatures.

With that in mind, the Summon Monster spell is the focus of this article, with the power it holds being put to text for all to see. There are nine versions of Summon monster, Nine of which are specific.

This article will mainly focus on Summon Monster I for the Attributes Section, which is the first Summon Monster spell that can be chosen. All the other spells past the first version do the same thing but can simultaneously summon a more powerful or lower-level creature.

What is the Summon Monster spell in Pathfinder

● Target: One Unoccupied space within range

● Components: Vocal, Somatic, and A tiny bag and a small candle as an Arcane focus (candle does not have to be lit)

● Duration: 1 round per level

This spell summons an extraplanar creature. It appears where you designate and acts immediately, on your turn. It attacks your opponents to the best of its ability. If you can communicate with the creature, you can direct it not to attack, to attack particular enemies, or to perform other actions.

1. The Creature can do many things for the caster

Once a caster summons the Creature, the Creature has to act on that player’s turn. The caster can have them attack particular targets, complete specific tasks, or perform other miscellaneous actions in and outside combat.

If it is not told to do something, it will just do its best to attack any enemies nearby without really focusing on it during battle. This not only gives the party an extra ally in the heat of battle, but it can also be used outside of combat encounters to help with small tasks, should the Dungeon Master allow it.

These small tasks could be unlocking a door, stealing an item, or even causing a distraction for the party to get out of specific areas.

These creatures can do the same as the singular one summoned, giving more options for attacks or miscellaneous uses, should the Dungeon Master allow for said uses.

This mainly happens if the monster is either a Water, Lawful, Good, Evil, Chaotic, Air, Earth, or Fire creature, then the spell will match the type of the summoned Creature. With the spell functioning like this, the spell can be used to counter other element types that could be weak against others, which would help the party all the more than it would normally.

Like the last point in the Advantages section, this is less of a disadvantage and more of a neutral trait of the spell. The Duration on how long a creature would remain depends on what level the Creature is, with the level counted as rounds. This means that to start with Summon Monster I.

The Creature could only remain for about 1 round or Six in-game seconds, which can be restrictive on what the Creature can do either in or out of combat encounters. However, once they start reaching higher levels, the Creature can last longer and remove the need to worry about the time needed to get something done.

1. An Ally in battle

The main use of this spell is to assist the party within a combat encounter by targeting one or more enemies, depending on how many were summoned, and attacking them. This can be very helpful, especially with the higher-level spell variants that can be used of this same spell against an enemy group.

If a player decides to summon a single high-level monster, such as the maximum level of a 9th-level creature, then said summoned. Creature will effectively be there for most of the combat encounters to aid them since most encounters do not last more than nine rounds. Of course, the caster could also summon several lower-level creatures instead of focusing on one enemy at a time.

This causes a massive amount of them to swarm the enemy and surround them for a short time, regardless of whether it is a group of lower-level creatures or a single higher-level creature.

The caster could use this spell to also assist in combatting particular elemental creatures, such as Fire Elementals or Water-based creatures that would have a weakness to Fire. The uses for combat are rather large. However, some can be used outside of combat as well.

2. An Ally out of battle

If a Dungeon Master allows a player to do so, this spell can help with non-hostile, miscellaneous tasks that could be useful for such a thing. A few examples that can come to mind are assisting with opening a door from the other side of a boundary the party can’t simply break into or perhaps stealing an item from that area for the party to use later.

The uses of creatures that can be summoned do not stop at simple crimes like theft or breaking, as they could also be used to provide distractions for a party to quickly get in or get out of a place they are not supposed to be.

They could even offer an escape route for the said party by breaking something that could give them an out of an area outside of just causing hostile creatures to look at it.

While the spell is beneficial once you start using it at the higher levels, it is more useful in combat encounters for the lower-level summons. At the same time, the miscellaneous uses are primarily up to the Dungeon Master and their ruling on what can and cannot be done.

The combat prowess of the creatures summoned cannot be ruled against entirely, as the point of the spell is to add extra monsters in combat to aid the party. Overall, I would say that it is worth using any variant of the spell, even the very first iteration that can be chosen.

Can a player choose any creature to summon?

Technically, No, a player can’t just summon any random creature. Each version of the spell has a particular list of creatures that can be summoned with that spell. This depends on which level of the spell you are casting it at. The higher the spell level, the more choices the player has regarding what creature/creatures they would like to summon with it.

How many creatures can you summon per improved version of the spell?

For example, the player could summon a single monster of the equal level of the spell and can roll a 1d3 to choose several leveled creatures from the previous level, or they can roll a 1d4+1 to choose several creatures from a leveled list past the previous one. Outside of this formula, the spell functions the same as Summon Monster I, with no added dice past Summon Monster III.

Are there any environmental restrictions on where the creatures can be summoned?

There are very few Environmental Restrictions on the creatures within the leveled lists that can be chosen from when casting summon monster pathfinder. In fact, only one is applied to all versions of the spell. However, a few monsters in all the leveled lists can only be summoned in aquatic or watery environments. Most likely due to them needing water-based environments to properly survive and do what they are supposed to do as per the spell’s function.