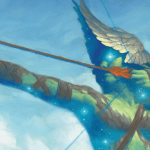 Many builds exist within Dungeons and Dragons, all of which give the player a wide variety of options on how they wish to play their character. Some people will prefer to choose a melee-focused build, while others will focus more on the magical ability of one’s character. There is another type of Build that surprisingly has a wide array of options that a player can choose from, similar to the others: The Archer.

This long-ranged combatant does not entirely rely on magic to deal damage from afar but rather physical attacks through either arrows, crossbow bolts, or even bullets (If the Dungeon Master is running a game with bullets/normal guns involved).

This list makes an attempt to rank 5e DnD Archer Builds from worst to best!

This Build takes quite a long time to get to a proper ranged capability, as the BardBard as a whole is more used as a buff support to the party than a real damage-dealing class.

Therefore, the Bard will mostly be hitting in single digits for their damage most of the time or the way that a Bard in the College of Valor is normally used. However, once they reach level 6 and then later level 14, the Bard will not only be able to gain a second attack with any weapon they choose to use it for, but they can also combine their spells with a weapon attack through the Battle Magic Feature.

So, if someone is looking to stick to the functions of a bard while also filling the role of the Archer at the same time, Valor Bard is a good class and archetype set up to look into.

Hex-Blade Warlocks are in a similar position to the previously mentioned College of Valor Bard, as this Build is more meant for someone who is looking to stick to the normal function of a Warlock. The Hex-Blade Warlock also fills the role of the Archer for a party that doesn’t have one but either needs or requires one for future quests.

Although the class can’t use Hand Crossbows, which normally gives the Bard their dual-focused capabilities between spellcasting and shooting arrows/bolts. The Warlock can still take the Crossbow Expert and the Sharpshooter feats as they level up, slowly building them into an Archer Build.

Overall, it’d be better to just leave the bonus attack for other things besides the crossbow, even though the first-level feature gives the player proficiency with martial weapons, with ranged weapons included in that list.

The Scout is where things begin to form into Archery Builds for classes, as the Rouge is one of the many viable options for an archer build to have as their class. While the archetype doesn’t add much in the form of extra damage or attacks in the lower levels, it does give them extra mobility as they level up.

By reaching levels 17+, they can gain extra movement and an advantage in Initiative Rolls. In addition, they can use their bonus action to have a second Sneak Attack against a secondary target.

This can give the player a chance to be able to maneuver around their enemies and strike from the shadows with not a single noise in the area. Save for the whispering sound of their arrows flying through the air.

Monk is one of the classes someone would not normally associate with any ArcherArcher Build to think of when looking at the class and their archetypes. However, a Monk can pick up a bow and be highly lethal with the Way of the Kensei.

Through their level 3 feature, they can choose a Long-Bow as their Ranged Weapon option for their Kensei weapons and gain weapon proficiency based on that option, with the ability to choose more at levels 6, 11, and 17.

Not only that, but their future abilities allow them to be able to gain the ability to overcome resistances and immunities to non-magical weapon attacks and deal extra damage through additional Martial Arts die-thrown, both of which require Ki points to be spent.

Not only that but a Bonus action can be used to increase the bonus to the attack and damage the weapon’s die based on how many Ki points were spent (minimum of 3). As a final ability that benefits an Archer Build, at level 17, a Monk can reroll a missed attack roll once per turn, giving them an extra chance to attack the desired target.

While all of these are great for an Archer Build, other options exist that can make this possible, so consider those before building the ArcherArcher build around this class and Subclass.

As with the Monk and the Bard, a Fighter is not exactly the first class that comes to mind when a player thinks of making an Archer Build within a campaign. However, the Samurai Subclass helps by combining its capabilities with the Archery Fighting Style that a Fighter can choose.

Unlike the previous items on this list, however, a trend will begin kicking up now and again to truly help maximize the Build’s usefulness for a player as they continue higher up in their level count; Multiclassing. Once they reach level 6, the player making the Build should multiclass into Rouge for a few levels.

That way, they can get Sneak Attack and Cunning Action before deciding at levels 8-10 whether they wish to put more levels into Fighter or triple class and put them into Ranger. Of course, both have their pros and cons between each other, and by this point, it’s mainly up to the player as to how they wish to mold the Build from that point forward.

Most likely, one of the only Archer Builds on this list that will mention the specific option of a Race to choose from along with a Multiclassing Path. The Bugbear Archer is more than capable of holding their own throughout a campaign.

By multiclassing into Assassin Rouge and Arcane Archer Fighter, with a 17/3 split upon reaching Level 20, the Bugbear will be able to gain Proficiency in longbows, add extra damage to creatures that fail con saves, and even boost Sneak Attack Damage through their racial traits.

This overall Build can grant a player following along with it an interesting character that can dish out as much punishment as it can take.

The only other Monk Build on this list that can make for a solid Archer Build, the Zen Monk mainly focuses on critical hits, really turning the Monk into a ranged combatant, unlike the Way of the Kensei can.

1. Gaining Proficiency in ranged weapons that don’t have the loading

2. or Reload Property using additional techniques for a trio of options to hinder a hostile target’s combat capability further, 3.

and can even use Ki points for various things that can grant the Monk extra chances to attack a target in various ways.

The one disappointing part about this Subclass is that it is not Published Material but is instead a Homebrew Subclass. So, it would be wise to ask permission from a Dungeon Master to be able to use this Subclass in their campaign before building one’s character around it to ensure you are doing all of this with the permission of the DM.

Much like many other ArcherArcher Builds listed here, the Miracle Archer is a Multiclass option between two different Subclasses, War Domain Cleric and Battle-Master Fighter, with a 2/5 Split between the pair, respectively, to make it a proper archery build.

Thanks to the Action Surges, Archery Fighting Style, and the Maneuvers gained from the Fighter Class, along with the additional Cleric Spells that can be called upon from the War Domain, this Build can fend for themselves while in the middle of combat.

Moreover, they aren’t not becoming an easy pushover, but also being able to fall back on any spells they may need, in case the player finds themselves in requires it.

One of the most recognizable builds for an Archer. The Arcane Archer is a fan favorite for many players looking to make a build of this caliber for their Player Character to be specced into.

This specific version that exists (as there are many types of Arcane Archer Builds that can be created) is a Triple-Class combination between Bard, Fighter, and Rouge, with an 11,4,5 Respective level split upon reaching level 20. Such a combination allows a player to utilize the Fighting Style and boons from said choice from the Fighter Class and Sneak Attacks from the Rogue Assassin Subclass.

Additionally, the College of Valor previously mentioned in the list for the BardBard to combine to make a devastating archer, capable of sticking hard and fast at a hostile opponent while also being able to buff and heal the members of the party should they need it.

To round out this list is the Build that would have been quite obvious to go for, especially when making a low-level archer; The Sniper. By putting levels into Ranger and taking the Sharpshooter Feat, a player using this incredibly simple Build will be able to out-match their opponents and compartments in terms of their attack range, especially with a Heavy Crossbow.

Of course, the Ranger would have to remain far back to ensure they do not get attacked by the hostile force and turned into mincemeat. Still, such a simple build could turn any Subclass chosen by the player into a devastating ranged combatant.

Unlike all the others, the Subclass for this Build is unimportant, as it can be picked through the player’s preference and how they want to play the character moving forward.

Any of the Archer Builds mentioned in this list are incredibly viable options for any game player to take a look at and choose whichever one suits their vision the most.

Additionally, there are plenty of other builds that exist for a party member to be able to choose from that could be used as an Archer Build. We did not mention it, but it is up to the player to decide what they want and where to go for their combative archery fun.