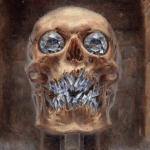 Although usually the “boring” people of a party, Paladins can be extremely powerful if put in the right hands. Of course, paladins like to take the holy and good route, so naturally, most of their alignments would be lawful. We are looking at the Paladin Fighting Style in 5e DnD and getting more utility out of the class.

This class isn’t a fan favorite among most players. However, they can be extremely useful at a party and are mostly used amongst people who like to utilize their characters to their fullest extent when it comes to encounters. In combat, they can be a tank and an attacker who also uses magic. What more could someone ask for?

Below are a handful of lists that give small descriptions of whatever the list entails. It’s hard for me to pinpoint which kind of spells I think would be more useful and which are personal favorites. That being said, all these lists are in no way ordered in any specific way- they are simply a list of things that I think are best for paladins.

Extremely useful for lower leveled parties during combat. Yes, it may take up an entire action to cast this spell, leaving the Paladin unable to do anything else, but if put on the right person, it can guarantee a hit.

For example, if a person in the party is struggling to land a hit on something and every person should be the person to do damage, a paladin can cast bless to make sure that their lower attack rolls get boosted by a little. However, with lower leveled encounters, the boost could help a lot.

A spell that is exclusive only to paladins that gives a damage boost to themselves. A very self-explanatory spell that lets the Paladin add 1d4 radiant damage on hit. That being said, the spell lasts quite a long time in combat (10 rounds in the game), which makes it almost essential if the Paladin wishes to engage in combat.

Another spell that is exclusive to paladins only that’s useful in the midst of battle. It makes any magic a magical weapon, useful for monsters with resistance. Even more so if the creature has vulnerabilities. For example, a Dust Mephit has a vulnerability to fire, meaning that it would take double the amount of fire damage.

So the Paladin can use the Elemental Weapon spell and have it become a magic weapon that does additional fire damage, letting the Dust Mephit do double the fire damage.

When used at higher levels, the weapon can have even more damage dice for the elemental damage. Also, although it may not seem like much, the spell adds a +1 to attack rolls for the weapon used.

Although the spell can’t be cast until the Paladin reaches level 9, it is almost essential if the party does not already have a person who heals within their party (or if the other person who can revive/heal is preoccupied).

The spell itself is pretty self-explanatory: if a creature has died within the last minute, the Paladin can use the spell, touch the creature, and the creature will be revived. But, of course, it’s limited to people who have died of anything but old age, and it cannot restore body parts.

All of the Smite spells are exclusive to Paladins. Each one does some sort of damage and costs a bonus action, which is always a plus. Of course, each spell has its level, its stats (types of damage), and its effect.

However, it’s always nice to know that the Paladin can use one action to attack or do whatever they need to do and still be able to cast a spell, causing even more damage.

Any experienced DnD player will tell you that almost any Paladin will likely learn to use Banishment once they are high enough. For years, I remember calling this spell the “nope button” or the “get out of jail free card.”

As a DM, I have messed up several times with this oversight. I would have a monster infiltrate the plane and prepare all night for the party to fight this monster, only to have the paladin use Banishment and have the entire encounter banished altogether.

That being said, the spell is useful if a party wishes to eliminate a foreign monster as soon as possible.

Important: Some feats are specific to certain races. However, for the sake of simplicity, I’ve decided to only use the feats accessible to all races for the fighting style paladin.

A very good late-game feat for Paladins. As the game progresses, the Paladin’s attacks become extremely dangerous towards whoever they may attack.

With the help of this feat, the Paladin can make an extra attack and still have time to make a bonus action such as Divine or Thunderous smite, which will lead the Paladin to do even more damage.

The hit points are also based on the Paladin’s charisma modifier, which is usually prioritized to the max with paladins, so it helps!

Honestly, the Lucky feat is probably the most used and overpowered for obvious reasons. First, it is the instant “redo button.” Don’t like the roll you had? Don’t you like the natural 20 that the enemy hit on you? Use the Lucky feat to avoid that- three times a day (refreshes after a long rest)!

This feat goes extremely well with the Paladin’s Defense, Protection, or Great Weapon Fighting style. That being said, the Paladin is no exception to utilizing this feat to its fullest.

It also reduces any bludgeoning, piercing, and slashing damage by three if the Paladin wears heavy armor. This makes it so that during the early levels of combat, the Paladin can take little to no damage, making them unstoppable for throw-away mobs.

This feat is good for any paladin with a super aggressive playstyle. It’s a strong feat altogether. However, it’s best for one with a lot of sustain, such as a paladin. Being able to lock down an enemy with an opportunity attack and have the entire team focus on one enemy is an extremely strong asset, especially on strong mobs.

This feat also gives even more opportunities for the Paladin to attack even when it’s not their turn. They are insanely good in long-term combat, especially since they can enhance their attacks with any of the Smites, a bonus action that lasts for a while.

That being said, this feat is best used with the Dueling or Great Weapon Fighting fighting style.

Best Items for a fighting-style paladin

This is a typical paladin weapon. It’s very common for a paladin to hold such a sword, so much so that it’s a staple. A paladin must tune the weapon, and it’s meant to slay and send the undead from whence they came.

It adds +3 to Attack and Damage rolls and does an additional 2d10 radiant damage if the attack is towards an undead. However, I feel that the craziest thing about this is that any allies within the radius of this sword can roll with saving throws against spells.

This is extremely helpful for people in the party who max out their Strength and Dexterity since most spell-saving throws involve Wisdom, Intelligence, and Charisma. This is one of my favorite items for a Paladin in 5e.

2. Amulet of the Devout

This item can be tuned by any holy person (so a paladin or cleric). The stats are conditional to how rare the item is, and it helps with spell attack rolls and making the DC saving throws for your spells a little higher.

While wearing this, the Paladin also has access to using their Channel Divinity, whatever it may be, for free once a day (it refreshes at dawn). Meaning none of the conditions for using Channel Divinity will apply when using the amulet.

This item is a personal favorite of mine because I like to have the dice determine which beads are on the necklace. Each type of bead can be an absolute game changer since the magical beads on the necklace let the Paladin cast a spell for free through the bead as a bonus action.

Once a bead is used up, it can’t be used again until dawn. Once again, this item must be attuned by a person who worships some sort of deity (Paladin, Cleric, or Druid). Although none of the beads hold a spell that damages, it can be useful during combat.

For example, the Paladin can catch up with the rogue who’s in front of the monster, attack the monster, then use a bead to somehow aid the rogue, whether it be to heal, bless, or help them escape.

If a paladin chooses to wear heavy armor and possibly have feats and/or fighting styles that make their AC and health points extremely high, the Cloak of Displacement can be the cherry on top.

As long as the Paladin is wearing the cloak and not hindered or restrained, the attacker will be swinging at the Paladin with a disadvantage. However, once the Paladin is damaged, the cloak will lose its condition, but don’t fret- it will return at the start of the Paladin’s next turn.

I love multipurpose items, so the fact that the Sunblade can work as a sword and flashlight it’s honestly worked its way to being one of my favorite weapons to have as a player (it shines a bright light up to 30 feet).

Instead of doing slashing damage as you would think, it does straight radiant and only radiant damage. If the blade hits an undead, it does an additional 1d8 radiant damage.

Everyone can play Dnd however they wish- which is the game’s beauty. However, if one wishes to create the strongest and most influential Paladin of all time, this section is for this. Although most of these are not 100% essential, it is helpful to keep them in mind to ensure that your Paladin is not absolutely useless.

The beauty of the Paladin is that the class can be built however the player wishes to play it. That’s where choosing the race can come in and help them get that little boost. Want to be utilizing your spells more with more resistance? Play Aasimar. Want to tank and hit everything? Play Half-orc. It’s all about what the player wants to do with their Paladin race pick.

Suppose they want to hit like a truck, of course, max Strength. However, I wouldn’t recommend tunnel-visioning when increasing a paladin’s stats. For example, I wouldn’t keep maxing out the Charisma until it reaches 20. Instead, I would sprinkle a little into Strength, Constitution, and Charisma as I level, but keep my focus on one.

In simpler terms, in the form of an analogy, if someone wants to paint the ocean, the focus should be the ocean, but the details around it, such as mountains, birds, the sky, etc., should be important too- just not as important as the ocean.

I feel like multiclassing as a Paladin can be hard for the sake of lore. For example, it wouldn’t make much sense story-wise for a paladin to want to multiclass as a rogue, who usually is super sneaky and plays a little dirty in the eyes of a normal paladin.

Of course, it’s up to the DM, but I wouldn’t let my players multiclass as something if it seems extremely out of character for them to do so. When a paladin gets the opportunity to multiclass, the options are endless since it just adds an entirely new element to how the Paladin can choose to play.

Pros and Cons of a fighting style paladin in 5e