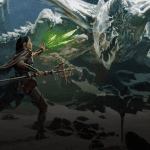 A druid built can be a hit or miss. While your spells are the most decisive factor of how strong your Druid Character will be, you should not underestimate how much influence picking the best druid feats in Pathfinder has. There are quite a few druid feats to choose from in Pathfinder, but the difference between weak and strong is a bit easier to determine than in other classes.

On this list, you will find the druid feats we deem best after carefully considering all of them. We have used these criteria to determine which ones are the best.

Remember that there is no such thing as an always and everywhere the best feat for Druids in Pathfinder. Every campaign, DM, built, and so on is different, and you will never have the same fight due to the random chances of you rolling dice and your DM rolling his. However, some feats do come out as better than others on average and are generally pretty helpful.

Augmented Summoning is my personal favorite feat to give druids. Since this class relies on summons and other creatures, making your summons more potent and robust is a fantastic idea.

All creatures you summon get a +4 enchantment bonus to their constitution and Strength. This bonus remains for as long as the summoning spell.

The fact that the bonus is so straightforward and is automatically implemented for every summon makes it extremely strong. This feat is a must-have if you are a Druid that relies on Summoning.

Spell focus is a good feat for any built character that relies on magic and your opponent’s failing saving throws. In addition, this feat is a great buff for your Druid if you put it on the conjuration school.

The benefit of the Spell Focus feat for druids is that you can add a +1 to the difficulty class of all your saving throws. However, this bonus only applies to the school of magic you have selected. As stated, your best option as a Druid is to boost your Conjuration.

While you can pick this feat several times and boost multiple schools (stacking on one school is impossible), this is not worth it. Therefore, I would only pick this feat once and put it in the conjuration school. If you are choosing wizard feats in pathfinder, you have more options.

No surprise here. Completing our top three best feats for a Druid in Pathfinder is another summoning-related one. Superior Summoning allows you to summon more creatures. However, this feat has a bit more requirements than the previous two. You need to have Augmented Summoning and a Caster Level 3rd to be able to use it.

The power of superior Summoning is pretty straightforward. Each time you use a summoning spell that conjures two or more creatures, add one more creature to the total. This is a straight-up buff and pretty strong in a situation where you need numbers and want to mess with the action economy of your opponent.

You have seen this feat if you have read our ranking of pathfinder monk and bard feats. This fact is due to the overall utility and the fact that it is a bit overpowered. However, the improved Initiative is a fantastic feat for Druids to have in Pathfinder.

The Divine Interference can be used as an immediate action. When activated, an enemy that hits an ally of yours and is within 30 feet can be forced to do a new attack roll.

Divine Interference is a fantastic option for you if you are a defensive-focused Druid and want to mess with the action and attacks of a singular but potent opponent.

A druid enjoys shapechange. However, he does not appreciate not being able to use all of his magic in that form. The natural spell makes it possible to cast spells in a form that generally cannot use. The prerequisite of this spell is not high for a druid, and you need 13 wisdom and the wild shape class feature.

When you pick this feat, you can complete verbal and somatic components using one of your wild shapes. You can also use material components to cast the spells you want to cast.

If you are a Druid with the power to Wild Shape, this is one of the best feats. Finally, you can use the Wild Shape forms and eliminate one of the significant drawbacks of using these.

Another excellent feat for druids fond of using Wild Shape is the Powerful Shape feat. The requirements to use this feat are okay and more than fair. You must have the Wild shape class feature combined with a druid level 8.

When using Wild Shape, you can treat your size as a category larger when calculating 1. CMB, 2. CMD, 3. Carrying Capacity 4. Size-based special attacks. Also, for defensive purposes like being able to protect yourself from being grabbed, swallowed whole, and trampled.

Another buff that Wild Shape druids might want to consider adding to their arsenal is the Planar Wild Shape feat. When you use your wild shape after picking this feat, you can expend another daily use of the wild shape class feature to add a celestial template or fiendish template to your animal form.

The fact that you can choose both is great. A good druid can use celestial, and an evil druid can utilize the fiendish template. From a roleplaying perspective, this is one of the better feats for druids looking for potent feats that are a ton of fun to use.

If you have a Druid that can use Fly, you can get a ton of use out of the Flyby Attack feat. This feat allows you to make an attack before and after you move while flying. This feat is pretty powerful but does require you to spend a spell slot on the fly spell. If you don’t have Fly, the feat is worthless, so we can’t put it very high on our ranking for best feats for a Druid in Pathfinder.

If you are a Druid that enjoys shooting spells from far away, you might want to consider taking the Deadly Aim feat! This is one of the better feats for a Druid that relies not on Summoning and transformation but on attacks from a long range.

To use this feat, you must have a Dex of 13 and a base attack bonus of +1. So these are not too high for a Druid, but a rogue has a harder time achieving those. When you have this feat, you make your attacks a bit stronger (+2 on all damage rolls) and take a penalty (-1 on all ranged attacks) on your chance to succeed.

One of the major drawbacks spellcasters like necromancers builds and druids have is how fragile they are. If you are near the frontlines a lot or get surprised by an attack, you will notice that your hit points become dangerously low quickly.

Heavy Armor Proficiency is a good way to make sure you are somewhat better prepared to take hits and allow yourself to take more risks. To get this feat on a druid, you first need light armor and Medium Armor proficiency. These requirements are pretty high but well worth it if you have Ironwood full plate for your Druid to protect himself.

However, remember that this might not be the best feat for a druid in Pathfinder if you have a reliable party that can protect you and soaks up damage.

When choosing feats and determining which ones are the best, it is important to consider what is optimal for your build and your party members. Choosing the best feat for a druid in Pathfinder can be hard, but it is often pretty easy to figure out which are good and which are not.

Try to further build upon a theme or way of fighting and stick to it. If you use Wild Shape a lot, pick feats that buff it. Even if they are not number one on the list. As a final word of advice, think about what your DM likes to do and how you can counter his plans now and in the future. Check out our guide on best wizard spells in Pathfinder if you have second thoughts about making that druid.