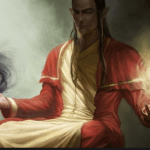 If you want to make a powerful wizard in Pathfinder, you need to pick the right feats. Choosing the most powerful wizard feats in Pathfinder will make many differences during your campaigns. In this article, we will rank the best feats for a generalist magic user and explain to you why exactly we think these are so effective and strong!

Of course, Pathfinder is a massive game that offers you an infinite amount of choices. That is the reason why this list is not the ultimate end-all but a general indication of which feats in Pathfinder are the best for a wizard.

The first feat on the list is Spell Focus and its more substantial brother, the Greater Spell Focus feat. These feats are fantastic to make your spells hit more and significantly boost your damage per turn as a wizard.

Generally, your wizard build is going to prioritize a magic school. So make sure you put the (greater) spell focus in the right magic school, and you will be able to get a ton of use out of these feats throughout the entire campaign!

This bonus is fantastic to actually hit creatures with high spell resistance. Since both bonuses stack, this is a tremendous feat for wizards casting tons of spells in combat and aren’t focused on buff spells as much.

Improved Initiative completes our top three for best wizard feats in Pathfinder. This will seldomly be your best choice. However, it will never be the worst. It is a very general buff for your character that is extremely useful during your campaigns, even if it is not always the best option.

The benefit of picking Improved Initiative is getting a +4 bonus on initiative checks. This bonus is significant and valuable for just about any kind of wizard build. Generally, Improved Initiative is a must-have in any type of character and will never be a wrong choice. This feat is also great for Monks and for Bards in Pathfinder!

When you pick an improved familiar, you can choose a strong familiar that is up to one step away from an alignment on the axis. These familiars are stronger – and generally – more valuable than your average familiar.

Here are a couple of strong and fun improved Pathfinder familiars you will get access to:

Another remarkable combat feat for wizards in Pathfinder is the Point-Blank Shot. The Point-Blank Shot is fantastic for those wizards who love to go close to where the fight is happening. When you choose Point Blank Shot as a feat on your wizard, you get extra accuracy with ranged attacks on close targets.

You will get a +1 on both attack and damage rolls if your target is no further away than 30 feet. The fact that you get a bonus on both should not be underestimated and is especially strong if you have a wizard build that relies on spells with a short range or are always close to the fight. Check out our ranking of the style feats in pathfinder too if you enjoy a wacky build.

The 6th entry on our list might be a bit more controversial than most here. Combat Casting is a hit-or-miss feat for wizards, depending on their build and your playing style. However, combat Casting is a feat that is extremely useful if you use a ton of concentration spells.

Combat casting gives you a massive +4 bonus on your concentration checks when you cast a spell or use an ability like a spell when you are casting on the defensive.

Tip: check out our list of most useful languages in Pathfinder if you are building a character right now.

Empowered spell is one of my favorite Metamagic feats in Pathfinder. As you might have guessed, Empowered spell has the ability to increase the damage of your spells. All variable effects of a spell that has been empowered get an increase of 50%, including the bonus.

However, there is a drawback. An empowered spell will take up a spell slot that is two levels higher than the actual spell level. Since there generally is quite a difference between, e.g., a level 6 and a level 8 spell, this is a significant drawback. You will need to pick your empowered spells rather carefully to ensure you get the most out of the feat and your spell slot.

Read the guide on best spells for an oracle if you are making one of those instead of a wizard and want to get the optimal spells for your character!

In short, an Empowered spell is most worth it if you aim to deal more damage. However, I would not pick this feat as your first choice. The ones in the top three are better feats for a wizard in Pathfinder in about 90% of the scenarios. However, an empowered spell is a good option if you want to further build on those.

Persistent spell is another metamagic feat that scores high for us. Whenever you cast a persistent spell, your target has to make a second saving throw when it succeeds. In other words, you get a second chance to hit it. If the creature fails the second throw, it will suffer the full effect of your spell.

The persistent spell feat is instrumental if you want to make sure you damage/hit the target while fighting monsters with a high chance of rolling a successful saving throw.

There is a drawback to this metamagic feat for wizards. A persistent spell has to be put two spell slots higher than the actual level. Generally, that is quite a sacrifice to make as two levels are massive in terms of damage and/or effect in many cases. So make sure you pick the right spell to make your persistent spell.

Another fantastic metamagic feat is the Quicken spell. This allows you to cast a spell as a swift action instead of just another action. That means you can still use your regular action to do whatever you want, including casting a second spell.

It goes without saying that this is an excellent feat for those who love to maximize their action economy. However, this feat cannot quicken a spell that takes more than a full action round.

The most significant drawback of this feat for wizards is that a spell that has been quickened has to be put four spell slots above the actual slot. A spell slot difference of 4 is massive. In addition, the difference between level 2 and 6 spells is enormous, so you will need to pick the spell you want to quicken carefully and consider what higher-level spells you will have to give up for this feat.

When considering which feats are the best for Wizards in Pathfinder, we strongly preferred feats that are generally more useful than those with niche applications. A feat you can use early and is often a lot more powerful overall than the one you can only use every 3 or 4 sessions.

If you choose one or two of the feats for wizards in our top three, you will not regret it. While they are seldom the best choice for every scenario, they will never disappoint or be a bad choice. If you have a specific build, make sure you pick a feat that makes sense and does not have any significant drawbacks.