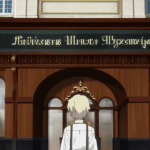 If you’re in anime groups or subreddit, you often find yourself in the middle of a war between subbed and dubbed anime. This debate has been going on for over a decade and is as ferocious as a war from ages ago. Some fans prefer Japanese voice-over with English subtitles, while others like English-speaking voice actors with no subtitles.

What is Subbed Anime?

Subbed simply means subtitled. A subbed anime is just like the original Japanese version, with subtitles in English or any other language. Usually, what happens is that when you watch an anime, of course, it is initially built for the Japanese audience. However, when the company releases it to a broader audience, they tend to hire a translation team that makes proper subtitles for the fans to watch with.

This way, fans can have a native Japanese experience while looking at subtitles to understand what’s happening in the series. The best part about subbed anime is the fact that they’re versatile. So if someone hires a company to make subtitles, they have a choice to translate it into any language. It not only saves a lot of money but subbing is a quick process. Subbed anime also lets you learn Japanese while understanding the English counterpart.

Whenever the word sub comes in, you can expect the series, show, or anime to be in the native language. However, nowadays, studios prefer more anime titles with subs just because bringing them to the anime market is more accessible. So that’s what subbed anime is all about. The concept is simple to grasp, but it can become a tough choice as opposed to dubbed anime. So let’s talk about what is dubbed anime.

What is Dubbed Anime?

On the other hand, dubbed anime simply means anime with dubbing on it. It means that the original audio gets removed, and a whole new layer of voice acting is added on top of it. To make an anime dubbed, studios often hire voice actors, and they have to understand each line in Japanese and then voice it over in English. It’s a long process that takes a lot of time. However, nowadays, a lot of anime is dubbed, and there’s a massive audience for that too.

In most straightforward words, dubbed anime will match up the animation according to the translated dialogues. Therefore, most of the time, you will see English-dubbed anime. However, there are many other languages where anime are dubbed too. For example, if you take an example of an anime from Netflix, they tend to have at least English dubbing on every anime.

However, some anime will have other dubs like Spanish, French, and more. Dubbed anime is ideal for people who want to not read subtitles and immerse themselves in watching an anime in their native language. This becomes easier on the eyes, and fans can also relax and understand the overall anime even better.

Of course, this works for some people, but most Otakus like to stay faithful to the original language since that just provides a more native experience.

The Main Differences Between Subbed and Dubbed Anime

Let’s talk about the main differences between subbed and dubbed anime. When we speak about sib, it refers to an anime series with original Japanese voice acting coupled with subtitles, usually in the bottom center of the screen. Subtitles can be any language that a studio wants to translate into, but usually, in the case of anime, it is done for the US audience. Since English is an international language, it can easily be understood by watchers worldwide. Otakus usually likes subbed anime, who want to feel an anime series in its purest form and the original version.

However, when we talk about dubs, it is an anime series that has been dubbed by adding a layer of voice acting. Usually, it is done by adding English voice acting to get to a broader area of users so that anyone from the west can also enjoy a series. Usually, the anime is licensed and re-recorded by a studio that hires some voice actors to do the magic. This way, a wide range of audiences can easily enjoy an anime without worrying about reading any subtitles. A lot of anime fans prefer watching dubbed, while others prefer watching subbed. It all depends on personal preference, which is the main reason for a lot of online debates.

Subbed vs. Dubbed: Which One Is Better?

To get a better look at which one is better, we need to know the pros and cons of each. So, let’s talk about the advantages and disadvantages of subbed and dubbed anime.

Has an original feel to it

Watching anime with subtitles makes you experience the authentic Japanese language. And since each anime is made in Japan, specifically in the Japanese language, watching subbed anime will make sure to give you that near-native experience. It is not only accurate, but by having the essence of the original voice actors, it makes the whole experience better for a lot of anime fans. The authentic feel is something you would not get by watching dubbed anime. And since Japan is all about the culture, people who call themselves “otakus” will always prefer staying close to the culture instead of moving away from it.

If you’re still unaware of it, dubbed anime can sometimes have poor dubbing to keep sentences in line with the actual scene. However, with sub, there’s not a single problem like this. In addition to having an original feel, the anime has quite an accurate translation that almost every English speaker can understand efficiently. This is another reason why many people prefer subbed over dubbed, and it’s pretty well understood.

No mismatching between audio and animation

To support the previous points, subtitles would not mismatch between audio and animation since it’s something that’s not directly tied to the voice acting. It is just the literal translation of the character’s words on the screen. Hence, the margin for error is quite a thing, and that’s another advantage that subbed anime has gotten overdubbed.

A little difficult to understand

Understanding subtitles while looking at the screen can become tedious for some. I remember when I first started watching subbed anime; it was a headache. However, with time, you adapt to the situation, and it takes time, effort, and dedication to get used to the subtitles.

If you’re someone who’s been watching comedy anime, you might realize that a lot of jokes are not understandable. This is because it’s harder to translate jokes and display them in another language. As opposed to the English dub, where things can be manipulated differently, understanding subbed jokes can be hard and might also turn many people off.

No need to read

If you’re not a fan of reading or think it’s bothersome, then dubbed anime will be your savior. You won’t even have to look at subtitles since dubbed anime will be in the English language, and it is understandable for the most part. This way, you’ll be able to focus more on the animation.

Now, this might come off as a bit weird, but watching dubbed anime will allow you to absorb more information while ensuring you enjoy every second of the animation. You won’t constantly have to look at the screen and understand while watching the animation simultaneously.

Are less available, unlike subbed

Dubbed anime isn’t like subbed that are easily translated. The studio has to hire a translator for various voice actors to make it work. It is a tedious and costly process, but in the end, it is pretty worth it if the audience enjoys it.

Harder to match with the character’s lips

Since Japanese and English are two different languages, it is pretty hard to finish sentences while matching the character’s lips with the English or other language voices. Sometimes, you might see a mismatch which can throw you off a little bit.

Both dubbed and subbed anime have their pros and cons. And in the end, it depends on personal preference since two types of audiences watch anime. The first one is an otaku who wants to stay as close to Japanese culture as possible. While on the other hand, we have hardcore anime fans who aren’t willing to sacrifice comfort, which is, of course, acceptable.

The whole war of subbed to dubbed is pointless; at the end of the day, you should watch what you’re comfortable with.