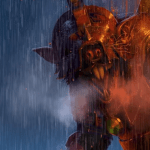 With every kingdom that exists in reality and the world of Dungeons and Dragons, there must always be personnel to carry out the will of the Monarch in charge of the kingdom.

This can range from messengers delivering letters to various persons of interest to the crown, all the way to spies to infiltrate and even kill rivals to the King’s power. In this article, however, we will discuss one of these servants that protect the crown and fight on the battlefield in their name; Knights 5e.

Contents hide
What are Knights in 5e DnD: attributes and description
Attributes
Knight 5e description
Traits
ACTIONS
Advantages and drawbacks
Advantages
Disadvantages
Best uses for a knight in a Campaign
Solo opponents against a fairly new party
As part of a larger group
Passive Guards for Nobility
Advice and final thoughts
Knight 5e FAQ
Can a Knight use their Leadership skill on a creature with Multiattack?
What is a way to increase the AC of the Knight even further than it is currently?
What would be a suitable replacement for the Knight’sKnight’s Greatsword if I gave them a shield?
Related Posts:

What are Knights in 5e DnD: attributes and description

Knights are warriors who pledge service to rulers, religious orders, and noble causes. A knight’s Alignment determines the extent to which a pledge is honored. Whether undertaking a quest or patrolling a realm, a knight often travels with an Entourage that includes squires and Hirelings who are commoners.

Brave: The knight has advantage on Saving Throws against being Frightened.

As part of their Reactions, the Knight can parry an incoming melee attack being made against them to block it from connecting. This parry increases their AC by two, making their already difficult 18 AC into 20 AC, making it almost impossible for any low-level Player Character to try and beat and exceptionally difficult for medium-level players to try to beat.

In addition, being able to do this allows the Knight to ignore a hit that could have damaged them in the middle of a fight. Parrying is especially useful for the Knights when they are low on health and attempting to fight for as long as possible.

The Knight has the “Brave”” Feature, which gives them an advantage on any saving throw they may have to make to combat the Frightened Status Condition. Having a bonus to dealing with this saving throw, although it doesn’t directly add anything to the roll, it does give the Knight a second chance to roll the saving throw should they fail the first attempt.

This can also be seen as a way to combat any spellcaster that tries to use a spell that would make them frightened, such as Bards or Sorcerers, as an enemy being frightened of a player character can give them more chances to attack them.

One of the knights’ actions during a combat encounter is to utilize their Leadership ability, which they can only use once before taking a short/long rest. Using this ability, an allied creature within 30 ft of the Knight can add d4 to their roll, but only if they make an Attack roll or a Saving throw.

Although this doesn’t benefit the Knight directly, giving an ally this little extra help does mean that they are slightly more accurate or formidable than they were previously, so long as the Knight does not become incapacitated.

Multiattack is always very useful with any monster that may have it, and the Knight is no exception. By being able to multi-attack against an opponent, they have a chance of being able to damage an enemy twice in a single turn, but if one attack misses, the second can come up to pick up the slack if it hits. Such an advantage is very useful during combat since it can do more damage than if the Knight did not have it.

Although the Knight would most likely be used for Melee combat only, thanks to its high AC, decent health pool, and Multiattack capability, the Knight does have a ranged attack it can use.

This allows them to attack enemies from a distance without being put into harm’s way or to try and bait party members to come towards them to fight on their own terms. Of course, again, the knights will most likely be resorting to engaging the enemies they encounter through melee combat, but the fact that they still have the option is nice to have for a monster.

With everything mentioned in the previous section of this article, it is quite interesting that the passive perception of a Knight is at a low 10. Having such a low Passive Perception gives players with a decent ability modifier in Stealth can go around these monsters easily with no issues on their part. For a Dungeon Master, this effectively means that certain combat encounters can be bypassed without much of an issue on the player’s part unless they fail their rolls rather hard.

Of course, some encounters can be skipped and avoided by the players, either by design or by accident, but this can be dangerous if the DM has set up a combat encounter important to the quest they’re on. They simply bypass it due to their decent stealth rolls and the Knight’sKnight’s low Passive Perception.

Best uses for a knight in a Campaign

If a party is beginning to leave the range of levels in which the simple quests and monster encounters are being breezed past, then a single Knight can be used as a difficulty spike for the party.

Thanks to the high AC, moderate health pool, and average damage a CR 3 Monster can dish out, a party fighting against a single Knight would make for a great Mini-boss encounter for a campaign.

As part of a larger group

If they are paired with Guards and Veterans, then the Guards could be sent in ahead of the Knights to act as distractions from them, while the Veterans mainly focus on remaining at long range, shooting at targets the other groups aren’t focused on.

Such an encounter could be seen as either a hard one for a medium-sized party to face or as one that could result in a Player’s Death. Depending on the level and combat experience of the party in question. This encounter could even be used as part of a major quest or as the preliminary combat encounter with a boss at the end of such a quest.

Knights can also be used for lore-building purposes, with one instance being them being the official guardsmen of Nobility and/or Royalty of the area the party is in. Ensuring their assigned protectorate is kept safe, out of harm’s way, and out of danger, the Knights could easily punish a low-level party that tries to hurt or kill their noble/royal whom they’ve sworn to protect.

There is a combat purpose to this; If a Mini-Boss is a noble with Knights as their guards, the knights can spring into action and fight alongside their noble during the battle.

Although Knights are very low on the Challenge Rating scale, these monsters can still pack quite a punch against low to medium-leveled parties. They can be used for more situations than the ones listed in the previous section.

They can be homebrewed in manners similar to the Guard and Veteran, making their combat capabilities even stronger than the base stat block allows. Whether homebrewed or kept to the base capabilities, I believe a Knight is a grand choice for a monster to use in whatever battle may require them.

Can a Knight use their Leadership skill on a creature with Multiattack?

Yes, they can. The Leadership die does not go away from a single use of the ability, but the Knight can only focus on aiding a single monster. This means every attack, with or without a multi-attack has a slightly greater chance of hitting its mark.

What is a way to increase the AC of the Knight even further than it is currently?

Giving the Knight a Shield to use, Magical Armor, or a magical item that increases AC outside of armor can help increase their Armor Class.

What would be a suitable replacement for the Knight’sKnight’s Greatsword if I gave them a shield?

A single-handed Mace or Sword would be the most useful if they had a shield and were on foot. However, a Lance or Polearm could be used instead if they were mounted on an animal, such as a horse.