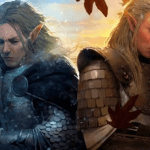 Many spells in Dungeons and Dragons require concentration to keep them active during any given situation. These spells are indeed powerful in their own right, but the spells with no concentration requirement can also be just as useful in similar situations where the concentration spells could have also been used.

That is why the topic for this list is the best Non-Concentration spells that can be selected within any class’s spell list. These items are in no particular list of best to worst but are here to demonstrate a small number of spells out of a larger whole that can be useful.

There is also no limitation on what level spells will be mentioned, as there are non-concentration spells in several spell lists across the spell slot level spectrum.

Sometimes, distractions and misdirections in battles are the way to win them, especially when you fool the enemy into attacking something that isn’t there.

Mirror Image allows the player to create an exact duplicate of themselves that copies their every move, making it impossible to tell which one is real and which is a fake illusionary distraction.

Since the spell casts up to three of these illusionary copycats, it would take a maximum of three rounds for the hostile force to tell which one of the four PCs was real and which was fake.

When dealing with an enemy with a higher movement speed than your own, half of the challenge in the battle is just trying to catch up to the thing while it tries to run away. That is why Forcecage can be quite a useful spell, especially when dealing with something that runs more than it fights.

Casting this spell directly on top of it traps the creature inside an invisible box or cage-shaped area that is almost impossible to escape. That way, by the time the spell is either ended early by the caster or the duration ends, the caster and other members of the Party have had enough time to get to it to be able to attack it once the cage is gone.

In a similar light to the previous option, Freedom of Movement helps deal with difficult terrain and other magical restraints that would otherwise slow down or completely immobilize an ally of the caster or the caster themselves.

This spell prevents the target from being affected by the Restrained or Paralyzed Conditions. They can also spend 5 feet of movement to escape from being grappled by nonmagical restraints, such as cuffs or rope.

This spell allows the target to be unaffected by the limiting movement penalties one would find when underwater, giving them more freedom to move, attack, and strategize during a combat encounter where such issues were previously a problem.

Having more than one weapon in a fight can be a definite benefit for someone who is looking to deal more damage against hostile creatures in the world they are playing in.

The Spiritual Weapon spell gives the caster that chance by creating a spectral weapon that deals a set amount of damage against targets that can be moved via a bonus action from the caster.

Such a spell can allow the caster to focus on two enemies simultaneously during the spell’s duration, increasing their overall damage output and making them more helpful in battles.

Increasing and restoring hit points is incredibly important when maintaining one’s character, especially when in the middle of an intense combat encounter. So, when a player uses Aid 5e to increase the Maximum Health Pool and current Health Pool amount by 5 of up to three different creatures, this can be quite a helpful tool.

Upcasting increases the spell’s amount by a factor of 5 per spell level upcast. This means a single spell could bring three players up by 40 Hit Points during the massively long 8-hour duration. This element increases the likelihood of survival during tough combat encounters by a considerable degree.

Sometimes, the best way to sneak through areas and learn vital information is through the boldest moves. The Blink spell transports the caster to the Ethereal Plane for a single minute, during which they can hear what is happening in the Prime Material plane while there.

This could allow a person to walk into a room that would normally be off-limits to them and learn information that could seriously help the Party with their goals, such as a clue in an investigation or a clue as to where they need to go to continue their quest.

After the spell ends, the caster returns to their plane of origin in an unoccupied space 10 feet away from where they vanished, meaning they can travel as far as they can within one minute and then return close to the Party to relay what they had learned quickly.

Restriction of movement and otherwise tripping up your opponents in the middle of combat can be something that can grant the Party a massive advantage against enemies that are otherwise tough opponents to fight on an even playing field. For example, using the Grease spell, any creature that walks through the 10 ft by 10 ft puddle must pass a

Dexterity saving throw or be knocked prone. Although this doesn’t restrict their movement for long, it does give any players who can reach the now-prone enemy an advantage on melee attacks made against them, which in turn makes the fight much easier for the Party to handle.

When dealing with many enemies, it is sometimes better to convince them to run away from each other instead of all fighting you and your allies. As such, the Mass Suggestion spell is more than capable of helping with that.

Targeting up to 12 creatures in a single casting, the spell allows the caster to command the targets who failed a Wisdom saving throw in any nonharmful action. Such examples could be running away from the Party, throwing their weapons far away, or even just surrendering outright. Either way, this spell has many uses that could be exploited to lessen the difficulty or completely avoid a combat encounter.

The two most important senses that anyone has to be able to utilize are sight and sound. However, there is a spell that can completely remove one or the other for a turn; Blindness/Deafness.

Applying either condition to a target has its benefits. For example, if a player casts the Blindness effect on an opponent that relies on sight to be able to hit the caster properly, then they could use the time they are blind to close the gap between the two and do it all without them being able to see them.

This can especially hurt Ranged combatants that are weaker in close-quarters combat as opposed to long-ranged combat. Although Deafened is less useful in combat, it is better suited for aiding a party to sneak past a certain NPC who cannot see them, though it could hear them if they were not careful.

In a similar idea to Mass Suggestion, being able to control a group of opponents to do as you wish can be especially helpful in any situation that properly warrants it. As such, Antipathy/Sympathy is an excellent tool for that job, but we will be specifically talking about Antipathy.

The Antipathy half of the spell convinces any creatures that fall victim to the effects of the spell within its range to be frightened of the target at the center of a large 60 ft area. This effect can last for over a week, so long as the creatures have a line of sight with the targeted entity in question, making avoiding combat encounters very simple if the chosen target is a party member choosing to walk ahead of the rest of the Party.

Attacking multiple enemies with any attack, either a ranged weapon attack or a spell attack can be very helpful during a combat encounter. As such, a player casting the Crown of Stars has seven different projectiles to use against a hostile group of enemies.

These “motes” that the spell spawns over the caster’s head can deal a hefty amount of radiant damage against a target, and the 120 ft range makes this quite the impressive 7th-level spell.

Knowing the future is a gift that few can boast about to any degree, even if it is a moment of Foresight that presents a small window into the future. However, by casting this very spell, a player technically gains such power by being unable to be surprised and having an advantage on all attack rolls, ability check rolls, and saving throw rolls.

All this while any other creature has a disadvantage against the target in question. This can make combat and other situations during the massively long 8-hour duration a cakewalk, warranting the 9th-level spell slot this spell requires to be used.

There are still many other spells that the community of Dungeons and Dragons can utilize during any campaign that does not require concentration to be able to utilize properly.

However, these spells are quite an impressive setup, as each has its own purposes and uses that can be exploited throughout a single campaign that a player happens to be participating.