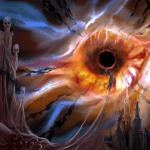 A spellcaster can turn themselves or an ally utterly invisible with a mere touch and a few incantations. This illusion spell can turn a creature entirely invisible for one minute.

What is Greater Invisibility 5e: attributes and description

You or a creature you touch becomes Invisible until the spell ends. Anything the target is wearing or carrying is Invisible as long as it is on the target’s person.

Advantages and Drawbacks of Greater Invisibility

An obvious use of the Greater Invisibility spell is stealth. The Invisibility granted by the spell can be used to quickly sneak around bad situations or into restricted areas unnoticed.

In some tables, the DMs avoid making the players roll for stealth if they are invisible, and even if they have to roll, they roll with an advantage. The advantage on stealth checks granted by the Invisibility is great for players that aren’t playing a stealth character like a rogue or ranger.

Since the spell does not end when an invisible creature attacks or casts a spell, this spell can provide an amazing tool for combat. Martial classes benefit most from this spell as their concentration will not be interrupted by weapon attacks which is their strong suit. An assassin rogue with greater Invisibility can consistently land serious damage and critical hits without danger.

Not all fights are fought. Equally, there are many situations where a tactical retreat is the only viable option for the group. Due to the combat rules of D&D, though, trying to run away from an opponent will cause an opportunity attack. The spell greater Invisibility can be cast on/by the frontline players to help them escape easier and without the risk of an opportunity attack.

Greater Invisibility can be cast on an unwilling creature and will only end when the caster decides so. This quality of the spell can be used to mess with a player or NPC, forcing them to be unnoticeable by everyone. While this use isn’t primarily useful, it can be fun, and on certain occasions, it could even be used to torture or punish someone.

When the spell is cast, all the items and armor the player is wearing are also invisible. This can be easily used to grab things from one place, hand them to a player and turn them invisible then have them walk off with the items.

With the uninterruptible Invisibility of the spell, an invisible creature can create a very large scene without even being seen. For example, the invisible player could throw an item at someone and have someone else blamed for it.

Another similar use is to walk around and make fun of people in a crowd, making them aggressive toward each other and possibly causing a fight. While not as chaotic as a fight, spreading rumors and hoaxes can be done easily with the spell.

The player can walk near a crowd and start whispering about any subject, be it the king’s infidelity or Mrs. Maria’s horrible cooking.

This chaos is a slow burner, taking some time to spread, but watching the game’s world slowly turn against an NPC or player because of whispers you spread can be quite fun. Using the spell for chaos could be done for either fun or to gain a distraction. Either way, the player’s creativity is the only limit.

Since the spell Greater Invisibility can be learned by most spellcasting classes, including the martial ones, at least one member of an adventuring party should learn it. Its simple nature makes it a great tool even when the user isn’t in a spot to make a plan around it. The double advantages granted by the spell (Attacks and Opportunity Attacks) remain as long as the spell is active, even when the invisible creature makes sounds.

The spell can be used mindlessly for a quick and easy advantage. Arcane Tricksters and Eldritch Knights benefit the most from this spell since they don’t use many spells, and all of their attacks will be rolled with an advantage.

While the spell provides a stealthy advantage when cast, the process of casting it and its duration can be underwhelming as it takes away from its stealthy nature. Luckily, most of the spell’s issues can be solved by sorcerers.

In addition, sorcerers get metamagic options, allowing them to alter their spells in many ways. Because of this quality, the party’s sorcerer should learn the Greater Invisibility spell over the other spellcasting classes.

Do the benefits of Invisibility remain if a creature can detect the invisible player with other senses?

This might be an oversight by Wizards of the Coast. So many DMs follow a different rule for Invisibility. One where the benefits of Invisibility are only active against creatures who try to use their sight to detect the player.

Is it possible to cast the spell without being next to the target?

A 3rd-level sorcerer gains the metamagic option Distant Spell, which can be used to double a spell’s range or increase the range to 30 feet if the spell has a range of touch at the cost of 1 sorcery point. With the sorcerer being one of the classes that can use the Greater Invisibility spell, it is wise to combine Distant Spell and Greater Invisibility in situations where you need to make an ally invisible without entering the zone of danger.

Is it possible to cast the spell stealthily?

Along with a Distant spell, a 3rd level sorcerer also has the metamagic option Subtle Spell, which allows the spellcaster to spend one sorcery point to cast a spell without any somatic or verbal components. For example, casting Greater Invisibility using Subtle Spell makes the spell completely undetectable and allows it to be cast in stealthy situations. This combination can allow for great strategies in and out of combat.

Can the spell’s duration be increased?

The spell’s lack of duration removes its ability to be used for longer and harder goals, such as infiltrating a king’s chambers. The sorcerer, once again, provides a simple solution. With the Extended Spell metamagic option, the sorcerer can double the spell’s duration for the cost of 1 sorcery point. The increase in duration can seem small, but with an extra minute of uninterruptible Invisibility, a player can double their distance traveled and the number of actions.

Do other items besides gear turn invisible when the spell is cast?

Can the spell be used to turn an object invisible?