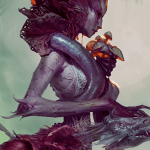 Everybody wants to be someone else. However, what if I told you, you can be a dragon? Well, if you have access to True Polymorph in 5e DnD, you can! This article will discuss the plethora of options you have to shape-shift, which are best, and how to get the most out of this transmutation!

Description of the spell

Choose one creature with at least 1 hit point or a nonmagical object that you can see within range. You transform the creature into a different creature, the creature into an object, or the object into a creature (the object must be neither worn nor carried by another creature). The transformation lasts for the Duration until the target drops to 0 Hit Points or dies. Concentrating on this spell for the full Duration, the transformation becomes permanent.

Advantages and Drawbacks of True Polymorph

Dragons are very powerful, have innate spellcasting, and can fly. Most Adult Dragons are 17th level or lower, meaning transforming yourself or an ally into one is a great choice since you gain new abilities, strength, and hit points. The dragons possess great perception skills, darkvision, and blindsight.

At the 20th level, you can transform into an Ancient White Dragon, the highest HP dragon available to you. At that level, dragons also have legendary actions and a multi-attack. Additionally, dragons are one of the cooler creatures of the game and playing as one is almost as amazing as the dragons themselves.

Transforming an opponent can make them easier to defeat, but choosing what to transform them into can be difficult. One great option is gold. Since there is only one saving throw to the spell, the creature is practically permanently transformed.

Transforming the creature to gold can be useful to the party. Depending on the creature’s size, it can yield massive profits and give the transformed creature some use more than just being a pebble or random object.

Turning an opponent into gold can greatly benefit the party, but transforming the creature into a useful item could be more useful to the party than simple gold. The new form could be a tool like scissors or a weapon like a sword. You can even transform the creature into a set of plate armor; as long as it isn’t magical, it is within the spell’s rules.

The spell does not specify the object the creature transforms into has to be an item, only that it has to be nonmagical. This means you can transform an Ancient Gold Dragon into a usable house for the party. This is another way of turning a dangerous opponent of great size into a possible residence or business opportunity.

The easiest way to deal with a horrifying opponent is to turn them into small and harmless animals that can be dealt with in no time. Rats, rabbits, and similar creatures are a great choice as they can humiliate the creature and make it easy to deal with.

Have you ever wanted to cast a spell that uses concentration and cast another spell under the effects of the previous one? Well, you can. By transforming a random object or a friendly NPC into a spellcaster with a good spell list, you can have the new creature cast a spell on you while you cast your spells.

Transforming the creature or object into a creature that can use the spell Counterspell is a great idea to avoid spells such as Dispel Magic and Antimagic Field.

Pit Fiends are an amazing option to transform yourself or an ally into. The Pit Fiend has fewer hit points than an Ancient White Dragon, but it is arguably stronger and smaller while retaining the ability to fly.

It has a great number of resistances compared to that dragons and immunity to fire and poison. It also possesses a truesight of 120 feet. Pit Fiend also has innate spell casting and can use Fireball at will, making it incredibly strong even at range.

What’s more, the pit fiend can make four attacks when it takes the attack action and all of its attacks are magical.

An obvious use of True Polymorph is to weaken a strong opponent. For example, fighting an Ancient Red Dragon can be difficult, but when the dragon turns into a chicken, it makes it much easier to deal with and can provide some food.

The spell grants the creature a new set of hit points when it transforms. The spell could be cast on an ally at low hit points to give them a fighting chance while possibly empowering them. The new form could be of similar strengths, such as transforming a weakened Warlock into a Lich, allowing them to keep using a similar skillset to the one they are used to.

Using this spell, you can create new allies from pebbles, rocks, or equipment. These new allies are restricted to CR 9 and below, but this does not mean they are useless. You can use this new ally to tank hits from opponents and there are some great options even at CR 9.

For example, Glabrezus can tank many hits, and Champions can take damage and deal damage. Another option for supporting your party is spellcasters. You can create a spellcaster to cast supporting spells to your party, healing, or power-ups.

An obvious use of the spell is transforming into something powerful to quickly deal with a threat. Most often, transforming yourself or an ally into a dragon or similar creature will help you deal with most threats at levels 17-20.

9th-level spells can only be used once per day at any level, so creating an army can take a long time, but it is worth it. You can start by finding 30 boulders. Then every day transform one boulder into a Young Amethyst Dragon or any other CR 9 creature.

As long as you treat the creatures well (and the DM allows it), by day 30, you will have an army of dragons making any fight a joke.

No creature would risk being transformed into anything they do not wish to be, so if a creature has legendary resistances using this spell can be a great way to burn through one of them.

Being a 9th-level spell, True Polymorph 5e is extremely powerful but can only be cast once daily and should not be wasted. The listed uses are some greeted options, but each situation calls for a different solution, and thinking on your feet is the best way to use this spell.

Also, when transforming an ally into a creature, it is best to communicate with them before, so they know; otherwise, you might disrupt the flow of the game and the fun and even cause conflict between the players and characters.

I suggest carrying the stat blocks of the creatures you have in mind to gain the most out of the spell. One way to do this is to have the Monster Manual, Volo’s guide to monsters, or any other books on hand. This reduces the load of the DM and makes it easier to transform yourself or your allies and use their new abilities.

Can I use True Polymorph to transform myself into another, higher-level character?

Can I cast True Polymorph to never age?

The spell never mentioned that you could not do this. In theory, you can transform into a younger version of yourself and thus not age. However, due to the lack of clarification, it is best to discuss this with your DM.

Can I cast True Polymorph 5e if I transform into a creature with innate spellcasting?

True Polymorph states that you can use any abilities you had before as long as the new form can too. This does not clarify if innate spellcasting allows the use of your previous spells. The spell does imply that you can only use the abilities of the creature’s stat block, meaning that, most likely, you cannot use your previous spells, only the new ones. This rule can be ignored from table to table, so discussing it with the DM is the best way to know.

Can the transformation end through the Dispel Magic spell after concentrating on it for 1-hour?

Yes, True Polymorph is still affected by other spells after 1 hour. When 1 hour passes, the spell stops requiring concentration. However, it does not become permanent.

Can I choose the creature’s alignment when using Object-to-Creature?

True Polymorph states that when using Object-to-Creature, the new creature will use the stat block of the creature fully. This includes alignment. The spell also makes it clear that no matter the alignment, the creature will be friendly to you until the first hour passes.

Do I get the weapons of a creature I transform into?

As mentioned, when you transform with True Polymorph in 5e dnd, all of your equipment melds into the new form and you use the creature’s stat block. If the stat block includes a weapon, for example, the Pit Fiend having a mace, you also gain the mace when you transform.

Can I transform the creature into a made-up item or creature?

The spell never makes it clear that the creature has to have been seen or be known by anyone. It only states that you can transform one creature into another. This allows room for creativity. You can create your creature with a stat block, have the DM check it out, and if it isn’t overpowered, there is nothing that does not let you use it. Object-wise, it can be whatever you want it to be as long as it falls within the spell’s parameters.